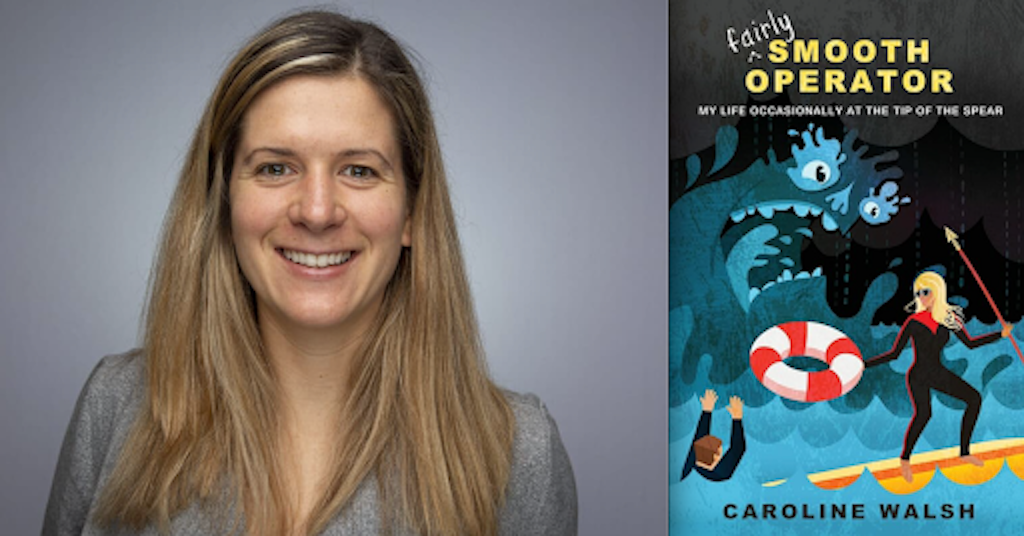 “When people ask why I joined the Coast Guard, I respond that I was twenty-two, blonde, and fit. In most military services that is guaranteed sexual harassment. Why not join the one with the ocean breeze?” Caroline Walsh isn’t afraid to be blunt — indeed, most veterans are known for their gallows humor. Most veterans also happen to be men so it’s rare to hear a joke condemning sexual harassment in the military rather than one defining it. With Walsh’s new memoir, Fairly Smooth Operator: My Life Occasionally at the Tip of the Spear, readers can gain a perspective that is still woefully underserved — that of a female veteran. And in Walsh’s case, a female CIA officer to boot.

Caroline Walsh is a former CIA intelligence officer, Coast Guard veteran, and current PhD student in leadership studies at the University of San Diego. Walsh enlisted in the Coast Guard after graduating college with a Bachelor’s Degree in Psychology and earned her Master’s in Homeland Security from Pennsylvania State University in 2013 while on active duty.

Fairly Smooth Operator is a book that details everything from the Coast Guard to the CIA, boot camp to Hamptons yachters, Guantanamo Bay to the VA. She covers sexual harassment — but with the levity that aids her as a stand up comic, detailing how the man who attacked her was interrupted in, well, a rather odd way. Her tell-all includes everything from observations about the prevalence of suicide in the military community to her botched FBI polygraph.

It also comes with a clarion call about how pervasive sexual harassment in the military is and how women are tired of it — and tired of fighting it alone.

“I just wrote for my PhD how the Coast Guard and the military in general takes a very structured and policy-based approach to addressing sexual harassment,” Walsh recently told The Team House. “They don’t get into interpersonal actions that will actually fix the problem. Writing down a rule won’t necessarily change peoples’ behaviors.

On April 22, 2020, twenty year-old Guillén was bludgeoned to death by another soldier, Aaron David Robinson. Before Robinson murdered her, Guillén told her family that she was being sexually harassed but was afraid to report her attacker because similar reports from other women had been dismissed.

Walsh shared that reading headlines surrounding Army Spc. Vanessa Guillén’s death motivated her to finally write her book. “Men had no idea the harassment was going on. I don’t think men in the service really know what women are going through,” Walsh observed, insisting that women need men to condemn abusive behavior among their friends and colleagues. The first step is for men to listen to women — read their stories, watch their films, and pay attention when they ask for help.

Fairly Smooth Operator: My Life Occasionally at the Tip of the Spear is available for purchase now.