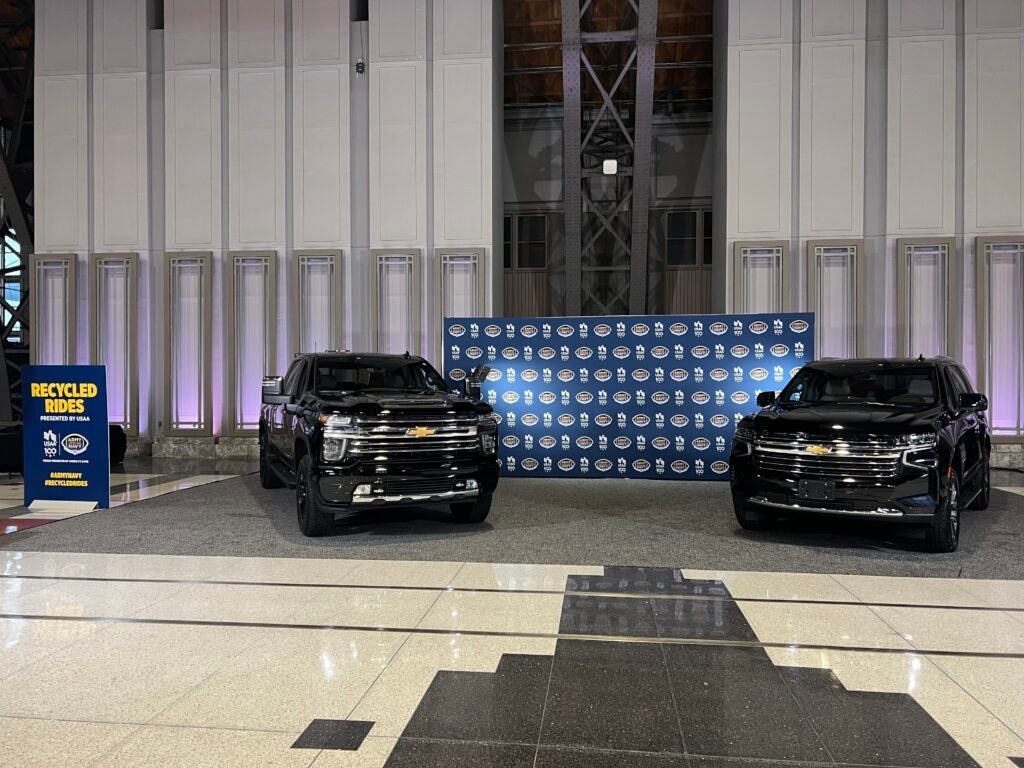 USAA and the NABC gifted 100 vehicles to military families in need (Miguel Ortiz).

USAA is celebrating its 100th anniversary in 2022. To celebrate this, the company partnered with the National Auto Body Council’s Recycled Rides program to gift 100 vehicles to military families in need across the country.

Recipients of the Recycled Rides vehicles were nominated by nonprofit organizations. The vehicles were repaired and donated to these families because of their need for reliable transportation. On May 12, 2022, the first ten vehicles were gifted in San Antonio, Texas. Subsequent events took place across the country including San Diego, Nashville and Tampa.

“USAA is committed to giving back to those who have gone above and beyond by means of service to our country,” said Ramon Lopez, Vice President, USAA Property and Casualty Insurance Company in a USAA press release. “We are honored to provide reliable transportation to 100 families in our 100th year, and beyond, as we continue to transform the lives of those most in need by providing them with dependable vehicles.”

The campaign culminated at Media Row on Friday, December 9, the day before the Army-Navy Game. There, the final two vehicles were gifted to two wounded veterans and their families: one Army and one Navy. Thomas Brooks served in the Army National Guard and was wounded in Iraq in May 2004, losing his left leg below the knee. Christopher Andrieu served as a Navy EOD Technician with SEAL Team Five and was wounded in Afghanistan in February 2013, losing both legs above the knee. Both veterans received specially modified Recycled Rides to better enable them with their disabilities.

The Recycled Rides were presented by NFL legends Brian Dawkins and Jeff Witten. The former played for the Philadelphia Eagles and the latter played for the Dallas Cowboys. Although their teams were rivals, Dawkins and Witten came together to help gift the vehicles to two very deserving veterans. This reflected the dynamic of the Army-Navy Game rivalry. “This is the only game where everyone on the field is willing to die for everyone in the stands,” said USAA Senior Vice President and General Manager Bill White.