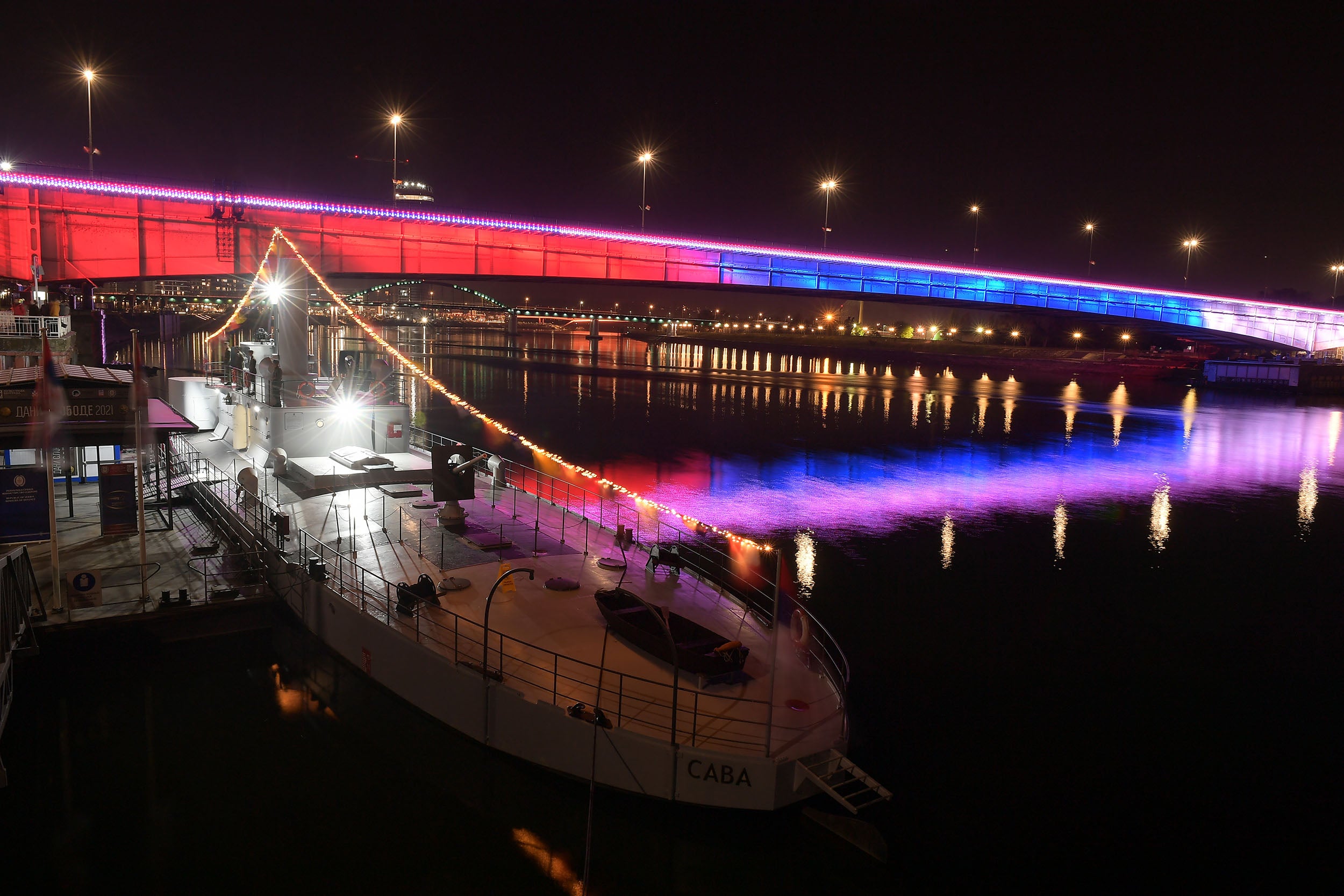 On June 28, 1914, a nationalist from Serbia named Gavrilo Princip assassinated Austro-Hungarian Archduke Franz Ferdinand and his wife Sophia. Austria-Hungary blamed the assassination on the Russian-backed Serbian government and called on its German ally for support. On July 28, Austria-Hungary declared war. At 1:00 AM the next morning, SMS Bodrog and two other monitors of the Austro-Hungarian Navy fired on Serbian defenses near Belgrade. These were the first shots of WWI, a conflict that would last over four years and claim the lives of millions.

Bodrog and her sister ship, Temes, were Temes-class river monitors. Completed in 1904, Bodrog was 189 feet, 4 inches in length, and was crewed by 86 officers and enlisted sailors. It was armed with two 120mm guns in single turrets, one 120mm howitzer, and two 37mm guns. At the outbreak of WWI, Bodrog was part of the Austro-Hungarian Danube Flotilla.

Throughout WWI, Bodrog saw heavy use support the Central Powers. However, on October 31, 1918, the monitor ran aground near Vinča outside of Belgrade. She was later captured by Serbia. After the Armistice, Bodrog was transferred to the navy of then newly formed Kingdom of Serbs, Croats and Slovenes. On April 15, 1920, it was officially renamed Sava.

By WWII, Sava was part of the former Yugoslavian Navy. During the German-led Axis invasion of Yugoslavia, the ship fended off Luftwaffe attacks near the Romanian border on the Danube. After laying mines in the river, Sava retreated towards Belgrade with two other monitors. However, their captains decided to scuttle them due to high water levels and low bridges that prevented their further progress on the river.

After it was scuttled, Sava was raised and repaired by the Axis puppet state, the Independent State of Croatia. It sailed under the Croatian state’s riverine police force. On September 4, 1944, Sava was scuttled again near Slavonski Brod when the crew defected to the Yugoslav Partisans.

After the war, Sava was raised and refurbished again. The monitor returned to the Yugoslav Navy and served from 1952 to 1962. Afterwards, it was sold to a state-owned company, which became privatized after the breakup of Yugoslavia, as a gravel barge.

In 2005, the Serbian government granted Sava limited heritage protection after citizens demanded the ship be preserved as a floating museum. The ship was declared a Monument of Culture in 2006. Eight years later, Sava was acquired by the Serbian Ministry of Defence and restoration work began in conjunction with the Belgrade Military Museum. Sava was restored in 2019 and officially opened as a floating museum in a ceremony on November 1, 2021.