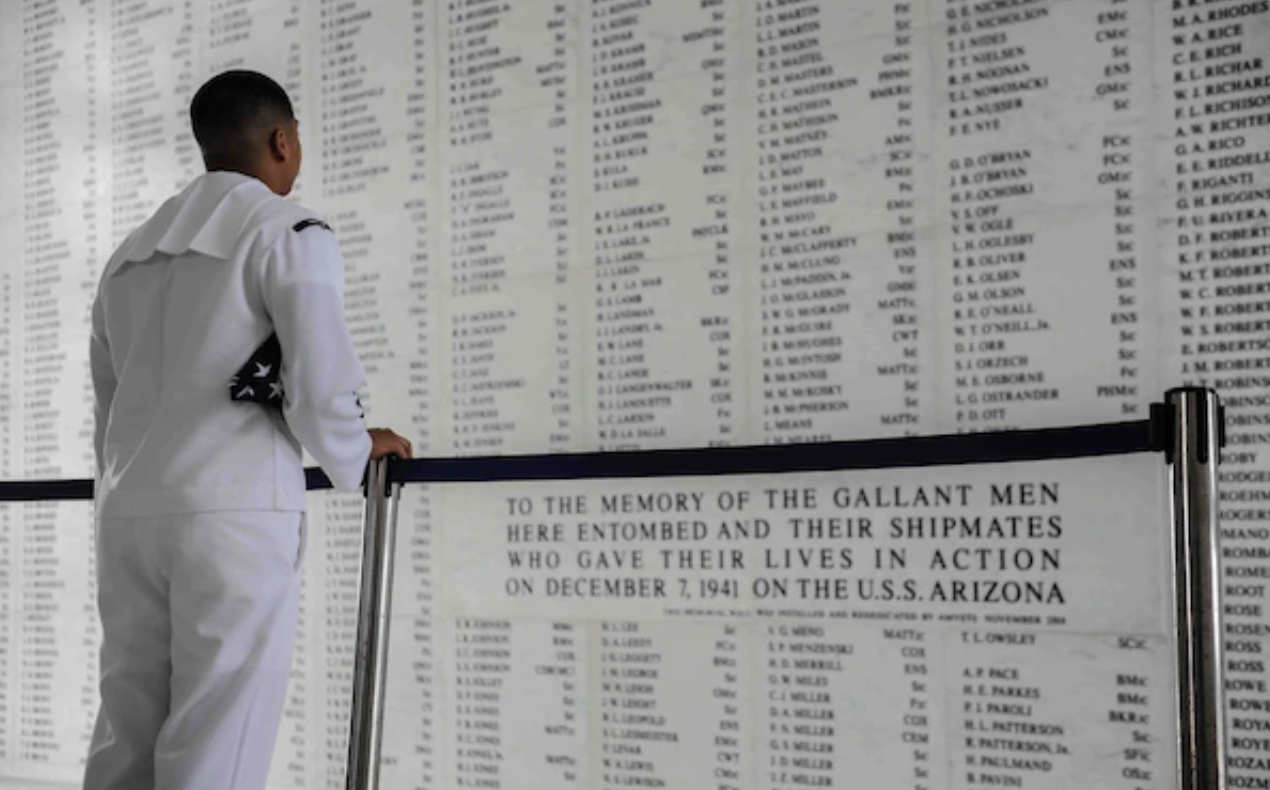 The USS Arizona was a battleship originally built for the US Navy for use in World War I. Only two of its kind, known as Pennsylvania-class battleships, were ever built. These ships were much larger than the Nevada class that came before them. Despite its bright beginnings, the USS Arizona was fated to suffer.

The USS Arizona (BB-39) was part of the class of “super-dreadnought” battleships built for the Navy in the mid-1910s. It was christened the “Arizona” to honor the admission of the 48th state to the county. The USS Arizona was commissioned in 1916 but spent WWI stateside.

After WWI, the battleship moved over to the Pacific Fleet and ended up in Hawaii. On December 7, 1941, Japanese torpedo bombers attacked Hawaii’s deep-water naval base Pearl Harbor. As a result, the USS Arizona suffered irreparable damage.

The sad fate of the USS Arizona

In total, four bombs hit the USS Arizona. But a total of seven were aiming for her. The other three barely missed. It was so badly damaged that there was no salvaging it. In all, the attack on Pearl Harbor resulted in 2,390 American casualties. This number includes both service members and civilians. Of those deaths, 1,177 took their final breath on the USS Arizona. However, the number might have been higher. The battleship’s courageous damage control officer, Lieutenant Commander Samual G. Fuqua, moved quickly and evacuated some service members. Fuqua received a Medal of Honor for his role in subduing fires and getting survivors to safety. It was because of this grave Pearl Harbor attack that the US finally entered World War II.

A Memorial that is also a true piece of history

The wreckage of the USS Arizona remains at the bottom of Pearl Harbor. In fact, oil still leaks from her hull. After WWII, the government built the USS Arizona Memorial directly above the wreck. It is accessible only by boat. You can look directly at the battleship’s remains from the memorial if you visit. Most of the remains are underwater, though some parts, now rusted over, sit above the water.

Every year, more than one million people visit the USS Arizona Memorial. Aside from viewing the sunken battleship, the memorial also includes a shrine listing the names of the 1,177 casualties on a marble wall. Another special way of honoring the ship involves the survivors of the attack. When they die, they can choose to have their ashes placed inside of the USS Arizona’s sunken remains. What a way to honor those brave servicemembers.

Related: After 100 years, the USS Conestoga was finally found