WATCH: Today in military history, Germans test Luftwaffe on Guernica - We Are The Mighty 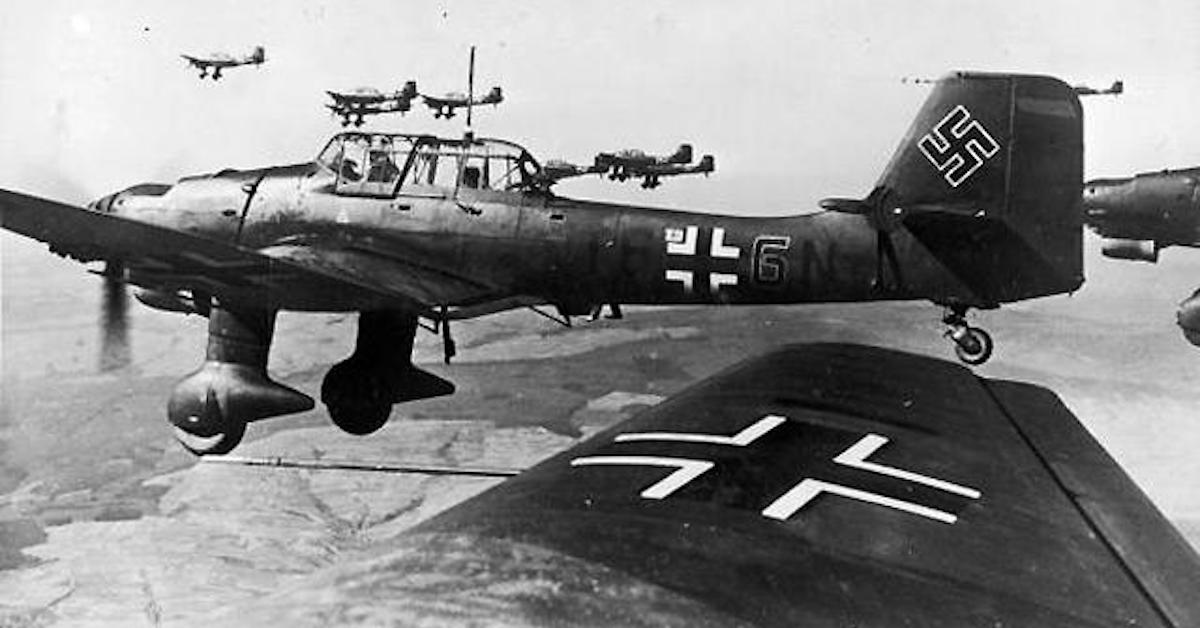 On April 26, 1937, Hitler’s army tested their powerful Luftwaffe Air Force on the town of Guernica in northern Spain.

At the height of the Spanish Civil War, the small Basque town of Guernica served as a communications center behind the frontline. The town opposed nationalist leader Generalísimo Francisco Franco, but the population was largely made up of civilians.

Nevertheless, the German Luftwaffe’s Condor Legion and the Fascist Italian Aviazione Legionaria began attacking the town at approximately 4:30 pm; the busiest time of day in the town’s market square.

Eyewitness accounts recall planes flying as low as 30 meters off the ground, herding the townspeople together and cutting off means of retreat.

For three horrible hours, the Luftwaffe used its arsenal of bombs and heavy guns, killing one-third of the Guernica’s 5,000 person population.

A reported 31 tons of high explosive, fragmentation and incendiary bombs were used, and the city burned for days.

The German army stated the attack was necessary and was a strategic mission to destroy supply bridges and cut off routes for retreating soldiers.

They declared the test a success.

The bombing was reported as the first deliberate targeting of civilians by aerial bombers and caused international outrage.

Spanish artist Pablo Picasso’s famous painting ‘Guernica’ is inspired by the panic, terror, and confusion of the attack.