Tuxedo Park: The secret palace of science that helped us win WWII - We Are The Mighty

Tuxedo Park: The secret palace of science that helped us win WWII 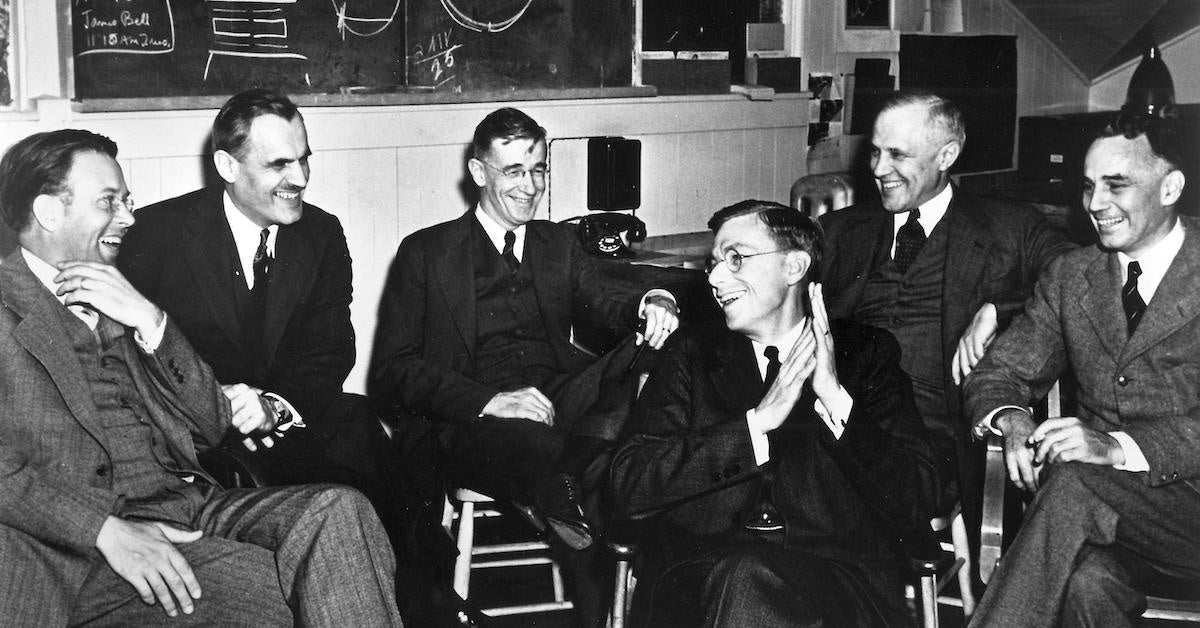 But the technological developments of Tuxedo Park didn’t happen in a vacuum. In fact, Winston Churchill gave the US access to British intel and research that fueled Loomis’ efforts, ultimately leading to our Allied victory.

Loomis was born in Manhattan, and his family were privileged, well-connected members of society. Most of his relatives were physicians, though several of his cousins held cabinet positions in various presidential administrations. After studying math and science at Yale, Loomis then went on to graduate in law from Harvard.

In 1917, Loomis volunteered for military service and was commissioned as a captain. During his time in service, he earned the rank of Lt. Col and worked primarily in ballistics at the Aberdeen Proving Ground in Maryland.

It was at Aberdeen that Loomis invented the Aberdeen Chronograph, the first instrument to accurately measure the muzzle velocity of artillery shells and could be transported and used on the battlefield.

Anticipating the Wall Street crash of 1929, Loomis managed to save his fortune by converting his assets to gold. With liquid resources, he was able to purchase stocks that had plummeted in value. This fortune allowed him to work closely with President Roosevelt in preparing the United States for WWII. Loomis used his contacts in the financial and law sectors of New York to finance early developments in radar. It was with this vision in mind that he opened up his expansive enclave in Tuxedo Park and turned it into a research facility.

At Tuxedo Park, Loomis and his small research staff conducted experiments into the emerging field of spectrometry, electro-encephalography, capillary waves, and the measurement of time. His laboratory was state of the art and contained equipment that several top-tier universities couldn’t afford. Because of this, Loomis’ reputation spread quickly as a patron of science. Several prominent European scientists traveled to Tuxedo Park to meet with American peers and collaborate on projects. Enrico Fermi, Werner Heisenberg, and Albert Einstein all visited the luxurious estate.

In as much as Tuxedo Park provided scientists with access to state of the art materials and equipment, the location also served as a socializing spot, where like-minded individuals could come together to discuss current issues in technology.

By the late 1930s, Loomis was interested in radio detection studies and worked with his research team to build the first microwave radar. Deployed from the back of a van, the team drove it to a golf course and aimed it at a nearby road to track cars and trucks. Then they took it to the local airport to track small aircraft.

Several prominent UK scientists were working on radar experiments in hopes that a technology might emerge, which could prevent the nightly bombing of the Luftwaffe. These scientists developed the cavity magnetron, allowing their radar tech to be inserted into aircraft.

Loomis then invited the cavity magnetron developers to Tuxedo Park to continue their work on the magnetron. Because Loomis had more experience than anyone else in the US, he was appointed to the National Defense Research Committee as the chairman of the Microwave Committee and the vice-chairman of Division D.

With so many scientists working toward the same goal, Tuxedo Park soon grew too small. So Loomis closed the research facility and moved to the Rad Lab, headquartered at MIT, where he and the team worked tirelessly toward the development of radar technology. What started as a handful of people working toward a common goal quickly grew to a staff of over 4,000. The Rad Lab’s innovation directly resulted in helping us win the war.

The resulting 10cm radar was the key technology that enabled U-boats to be sunk, along with allowing British forces to spot incoming German bombers. This radar also provided the cover the American troops needed for the D-Day landing.