USS Constitution launched in 1797 - We Are The Mighty 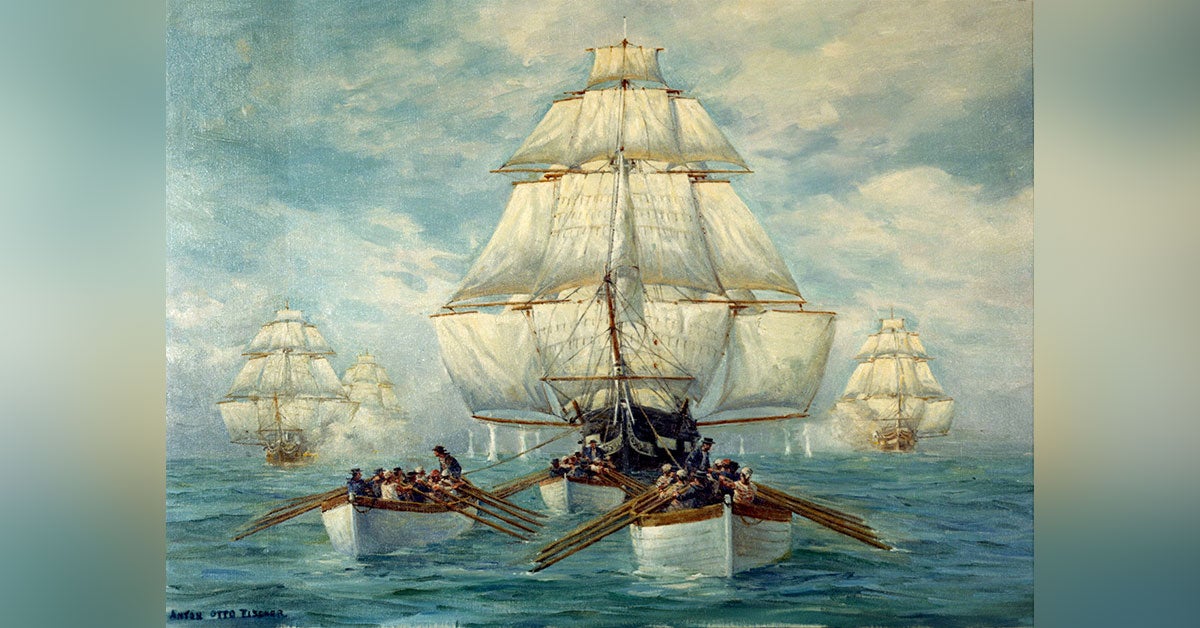 The USS Constitution is currently the oldest active ship in the U.S. Navy today. Launched in 1797, it was one of the earliest ships to enter service with the fledgling Navy. Ordered as a heavy frigate as part of the Naval Act of 1794, the Constitution and five other similarly-configured ships were to be the backbone of the new Navy — heavy warships that other, smaller, ships could support and rally around.

Built to combat Barbary pirates, by 1805 she was already legendary enough that her deck would become the location for the signing of a peace treaty with Tripoli.

During the War of 1812, the Constitution earned the nickname “Old Ironsides” after winning a victory over the British warship Guerriere. ​​Aboard Constitution, sailors watched as 18-pound cannonballs whistled through the air, bracing for an impact that would certainly penetrate the walls of the ship, killing and maiming anybody in their way.

Though some of the cannonballs did inflict damage, others bounced off and fell into the roiling sea, much to the bewilderment of both sides. An American sailor notably yelled out, “Huzzah, her sides are made of iron!” and thus, the nickname was born.

A cornerstone of the U.S. Navy for hundreds of years, the Constitution was the last remaining ship created when President George Washington signed the Naval Armament Act of 1794.

Today she is berthed at one end of Boston’s Freedom Trail where she is open to the public year-round.