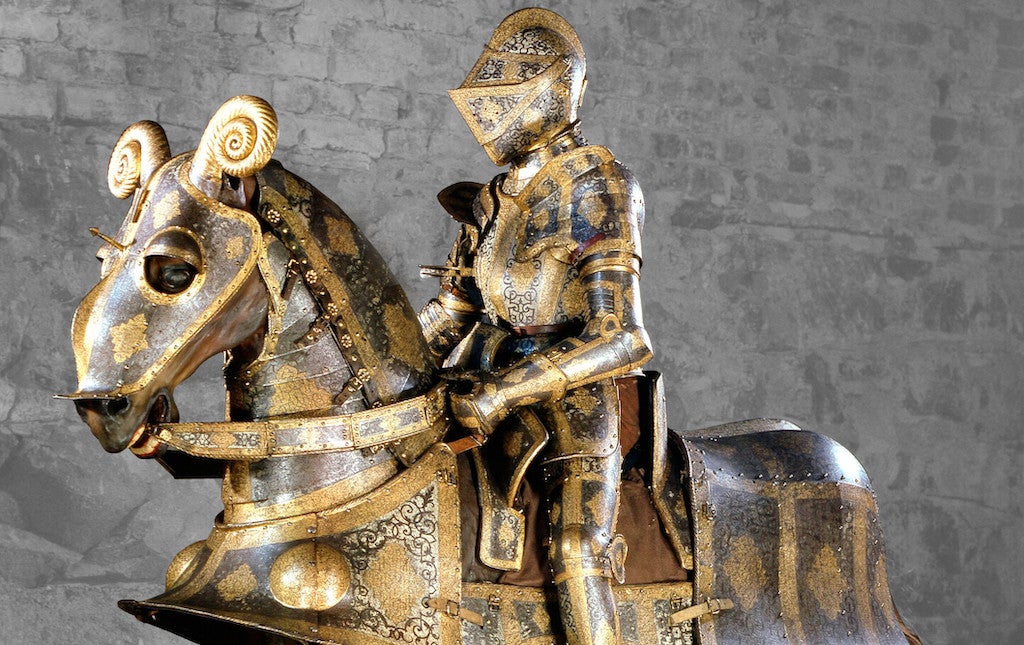 There’s a lot of wisdom in old sayings. As one old saying goes, “Train like you fight.” It’s a saying that has been true for thousands of years. The men and women of the U.S. military have unofficially adopted this saying, and it has served them well. The idea dates back to the Middle Ages, when knights wore heavy armor into combat, but still required the strength and mobility to be effective.

In those days, there were no swimming pools, Crossfit studios, of gyms for knights to train in, but they still trained as it could be the difference between life and death when the time came. Besides, being a knight meant fame, potential fortune and stories written about your exploits. But to get to the point where songs were being sung about you, you had to be the best, and practice makes perfect.

Medieval suits of armor, despite what movies and television would have us believe, weren’t as heavy as they seem. They were still considerably heavier than no armor at all, but fighting without armor was an insane idea. They also offered a full range of motion – what good would it be if it put them at a disadvantage?

Medieval armor could weigh as much as 60 pounds, but was often slightly less. While that sounds like a lot, remember that the weight was distributed throughout the entire body, so it wasn’t all on one point. This may seem much better, but it also means that more than one muscle group needed to be bulked up to carry the load while fighting the enemy.

To ensure their combat effectiveness and be able to mount their own horses in full suits of armor, they honed their bodies for combat. They not only needed the strength and mobility to fight, they needed the endurance to move along vast distances to get to the fight. They did it using a strict weight training and combat training regimen, long before things like Smith machines made it easier.

One French knight, Jean II Le Maingre, developed a rigorous training technique that required a full suit of armor to perform. Without wearing the armor, what was the point? He performed vaults so he could mount his horse without assistance, he performed somersaults, climbed walls, and ran for miles, all while wearing his armor.

Le Maingre even climbed a ladder while wearing the full suit, using a special method of climbing each rung with both hands and not using his feet as support. On the underside of the ladder.

During weapons training, he used extra-heavy versions of his standard weapons. When the time came to swing his real sword, the task would seem much easier, the sword more lightweight and the enemy flesh so much gooier and easy to cut through.

Replicating Jean II Le Maingre’s workouts wouldn’t be too difficult today, unless you want the realistic experience of forging and donning a Medieval knight’s suit of armor. You could simply use hand and leg weights or a weight belt to replicate the extra pounds as you work out.

If you are still so inclined to get the full suit of armor workout, you can check out this video from the Medievalists on YouTube, where they recount the history of the workout, and show exactly what the French knight would do during training sessions.