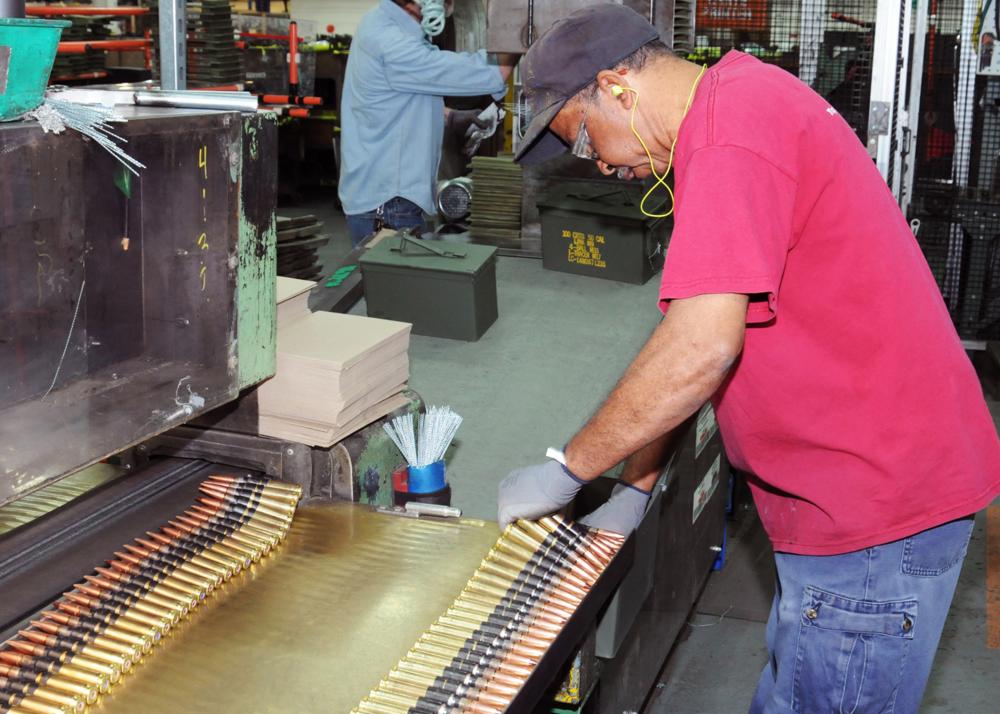 In 2007, the Lake City Army Ammunition Plant produced nearly 1.4 billion rounds of ammo. Located on 3,935 acres of land near Independence, Missouri, Lake City is the military’s primary manufacturer of small arms cartridges and ammo. Lake City also produces components like primers, demilitarizes and disposes of ammo and explosives, and even performs reliability testing on ammo. With the Army’s adoption of the XM5 rifle, XM250 automatic rifle, and the new 6.8x51mm hybrid round, Lake City has been tasked with manufacturing its first new caliber in 65 years.

In December 1940, Remington built Lake City Arsenal with help from DuPont. Ammo production began the next year and, with the exception of a 5-year gap after WWII, has continued ever since. Although Lake City is owned by the US government, the facility is operated by a contractor. Today, Winchester Ammunition operates and manages the plant. Lake City primarily produces 5.56x45mm NATO, 7.62x51mm NATO, 9x19mm NATO, .50 caliber, and 20mm ammunition. While these calibers have had different variants made over the years, 6.8mm represents a whole new caliber for Lake City.

In 2019, as the Next Generation Squad Weapon System competition heated up, the Army began preparing for the adoption of the 6.8mm round stipulated for the NGSW. Although the new weapon and round had yet to be selected, Lake City had to be ready to fill huge orders to supply units with the new ammo. Construction started on new production facilities, the first in 50 years. In 2022, Winchester announced that it won a $20 million contract for the “development, manufacturing facility requirements analysis, and production capacity planning” of the anticipated 6.8mm round.

Included in the NGSW contract that SIG Sauer won is a provision to supply the new 6.8x51mm ammo. With its steel case head and brass body, the 6.8x51mm round that SIG Sauer developed for the NGSW requires new type of manufacturing processes. Army Brig. Gen. William Boruff, who is in charge of adapting Lake City to produce mass volumes of 6.8x51mm ammo, noted in a news conference that SIG Sauer will provide most of the Army’s ammo for the next three to five years while Lake City ramps up production. The plant produced small quantities of the ammo during the prototyping phase of weapon development, but massive changes will be needed at Lake City to provide the amount of ammo needed to train and equip soldiers across the service for years to come.