Why the Army flag sometimes has a blue background 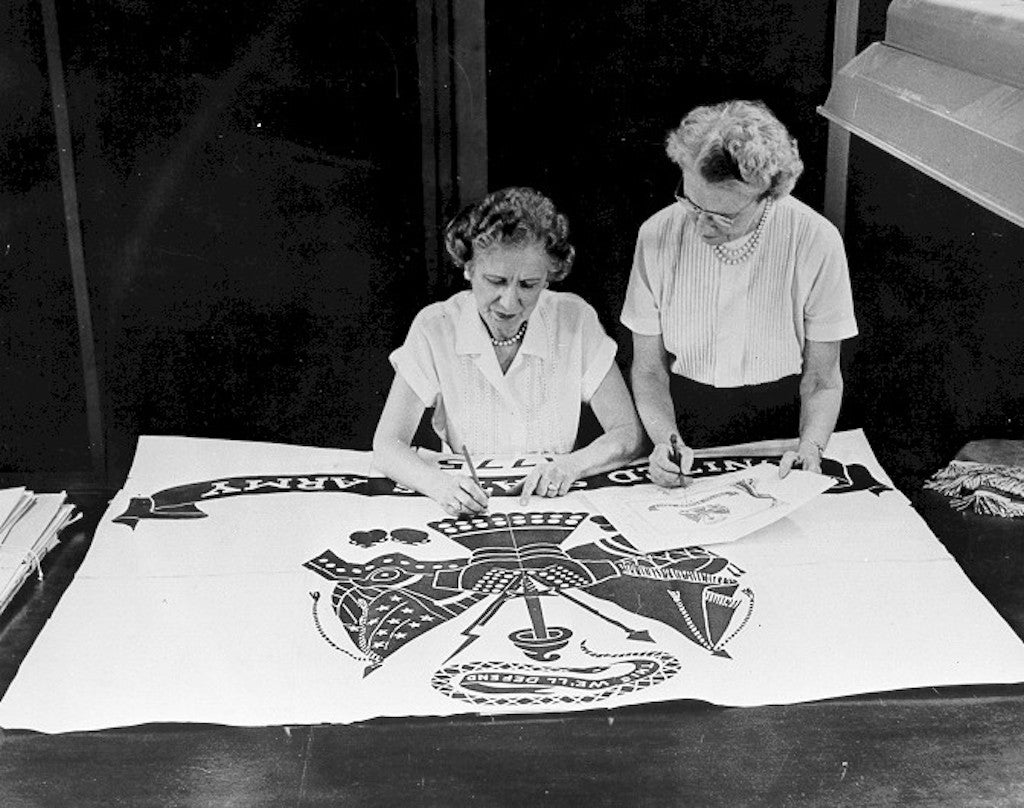 The U.S. Army’s official flag in its current iteration is a blue emblem, the seal of the U.S. War Office, with a red scroll bearing the name of the United States Army and the year it was founded, all on a white background.

It was proudly unfurled for the first time as the official Army flag at Independence Hall in Philadelphia, Pennsylvania, by the Secretary of the Army, Wilbur M. Brucker, on Flag Day 1956.

Yes, 1956. The Army, the American institution that predates the United States itself and is responsible for the creation of the country, didn’t unfurl its official flag for the first time until 181 years after it first started kicking butt and taking names.

Almost anyone who’s served in the past few decades is probably familiar with the Army’s white flag, as it’s been the official design of the banner since President Dwight D. Eisenhower made it official in 1956. What they might not be familiar with is seeing an inverted version of the Army flag, a white War Office seal on a blue background, with a white ribbon and red lettering.

They exist, and are actually more common than you might think. The reason they exist kinda boils down to cost. It turns out kicking butt and taking names adds up when you start showing off how much butt you kicked and whose butts you were kicking.

Before 1956, the Army didn’t even have an official flag. It was decided the year prior that one would be created and the flag that the Army adopted is the one it still uses today. Before then, various units raised their own regimental colors and continued to after.

During the Civil War, the Army introduced campaign streamers to identify which battles these regiments fought in during the war, combat actions that had historical significance to Army history. Later, the staffs of these various regimental colors would be fitted with silver rings for regimental honors.

The streamers would reflect the campaign ribbon and war in which the battle was fought and would be inscribed with the name and/or place at which the battle occurred. For the U.S. Army as a whole, that’s a whole lot butt kicking and name taking. The problem didn’t become apparent until the U.S. Army got one flag to represent the entire U.S. Army.

Once again, that is a lot of butt kicking and name taking.

The one official Army flag allows for the Army to display its campaign streamers and silver rings, but the result of all those streamers and rings means issuing an official Army with all of its associated honors makes for a very high cost. The post-World War II U.S. Army quickly realized it needed to do something about its awesome yet cumbersome flag.

In 1962, a variant was created by the Department of the Army for just that reason. The department created the U.S. Army Field Flag, essentially an inverted version of the Army’s official flag, but one that could be issued and displayed with little trouble and literally no frills.

The Army Field Flag is intended for display indoors or on parade, and no campaign streamers are authorized for its display. The Army, to save money, essentially stopped displaying the butt kicking and name taking for certain flags, but rest assured the white Army flag proudly displays all the campaign streamers.