These 20 clever Coast Guard memes will float your boat 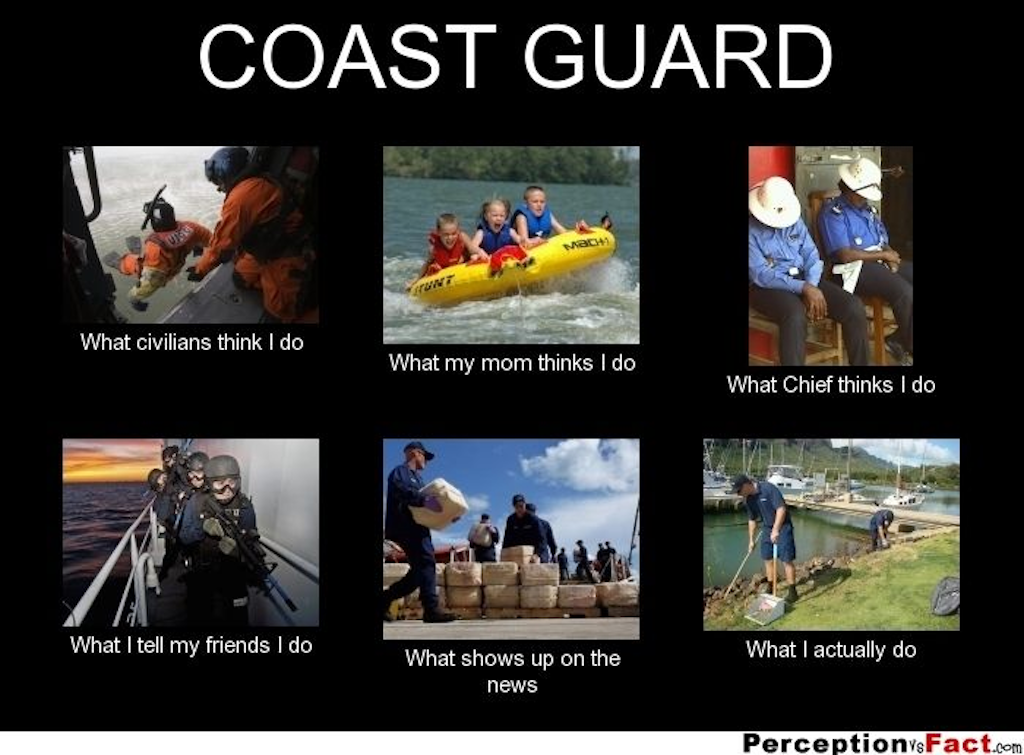 Aside from the Air Force, the Coast Guard might be the most underrated military branch there is. Somehow, they manage to block out the haters and keep on laughing– mostly at themselves.  From protecting our waters to commandeering drug smuggling turtles, enjoy these hilarious Coast Guard memes about the guardians of our shores.

Expect the unexpected. When the coast starts acting up, you’ll be ready.

4. If you like it then you should’ve put on a ring on it.

There are worse lives to lead.

You laugh now, but when the orcas attack, who are you gonna call?

Don’t enlist if you don’t like being damp. All the time.

Those chicken sandwiches are hard to top.

At least they clean up the coast?

Let’s give them this one thing. Just this one.

10. True champions are in a league of their own.

Not gonna lie, this would definitely upgrade their image.

15. Before and after Pearl Harbor

Frustration is the recipe for innovation, right? Or stupidity. Not sure which.

It’s tough being a floating billboard.

It was such a good role, too.

They’re just trying to keep you down, Louis. Don’t listen to them.