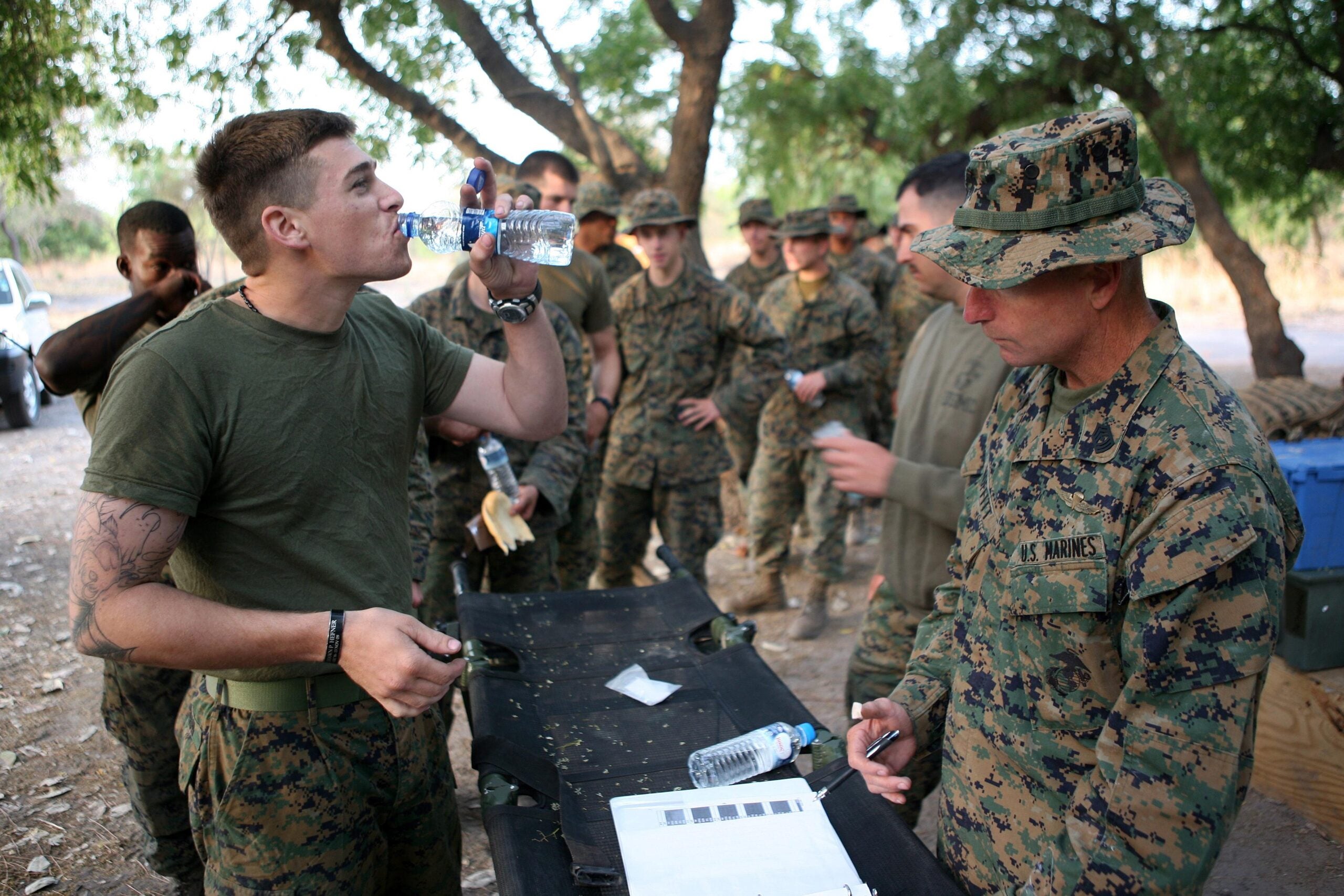 Marines take doxycycline once per day in accordance with a weekly dosage of mefloquine to prevent the spread of Malaria. (U.S. Marine Corps photo by Lance Cpl. Timothy L. Solano).

For decades, U.S. service members have blamed the military’s reliance on the antimalarial drug Mefloquine, also known as Lariam, for a wide range of physical and mental disorders. The once-a-week malaria vaccine has been accused of causing brain damage, neurological conditions, and psychiatric disorders, such as insomnia, anxiety, and “brain fog.”

The Food and Drug Administration (FDA) approved Lariam in 1989 and had been in use by the United States military since 1992. Ever since, veterans have shared stories about the negative effects of the drug, encompassing everything from depression to murder-suicide. Many veterans blamed Mefloquine.

The technology used to create the mRNA vaccine that is currently being used to fight COVID-19, influenza, and even cancer is now being adapted in the fight to eliminate malaria – which could be a game-changing advancement for U.S. military health and wellness.

Malaria is a parasitic infection and is found in 90 of the world’s 195 countries, infecting 241 million people and killing 627,000 every year. Preventatives like Mefloquine have been developed, but can come with side effects. A vaccine for the condition has remained elusive but a research team at George Washington University have developed two vaccine candidates that each produce a powerful immune response.

There are four parasite species that cause malaria, but researchers focused on the parasite Plasmodium falciparum, the one most deadly to humans. Plasmodium falciparum and P. vivax are responsible for more than 90% of all malaria cases globally and 95% of all malaria deaths. The vaccines created by the George Washington University disrupt the parasite’s life cycle. The two vaccines together reduced infection and transmission while initiating an immune response.

Military planners have long had to grapple with the effects of malaria on their troops with the potential side effects of preventatives. The British Empire first used quinine as a preventative in the 19th century, but quinine itself is toxic in high doses. The gin and tonic cocktail was created to cut the amount of quinine with the idea that someone would get too drunk before they drank too much quinine.

Antimalarials chloroquine and primaquine were developed during World War II and were used by troops in Korea and Vietnam, but both drugs had the same potential side effects as atabrine. When Mefloquine was approved by the FDA, chloroquine was no longer effective against the malaria parasites, but even the FDA warned against it if the user experienced acute anxiety, depression, restlessness or confusion. When it came to use in Operation Restore Hope in Somalia in 1992, those symptoms appeared immediately, but the U.S. military continued distributing Mefloquine. Mefloquine was also used in Iraq until 2004 and in Afghanistan until 2013 – when the FDA issued a black box warning on it, its strongest warning label. The potential for side effects were well-known, as aviators were not allowed to take the drug.

In spite of this, the Department of Defense has never acknowledged the negative side effects of Mefloquine use or trained their workforce for those potential side effects. Other, safer options have been available for use, such Malarone, but are three times as expensive.

Just by mitigating the dangers posed by malaria preventatives, the new mRNA vaccines created by the George Washington University could be a real boost for the U.S. military’s physical and mental health.