A list of successful Marine veteran founders - We Are The Mighty 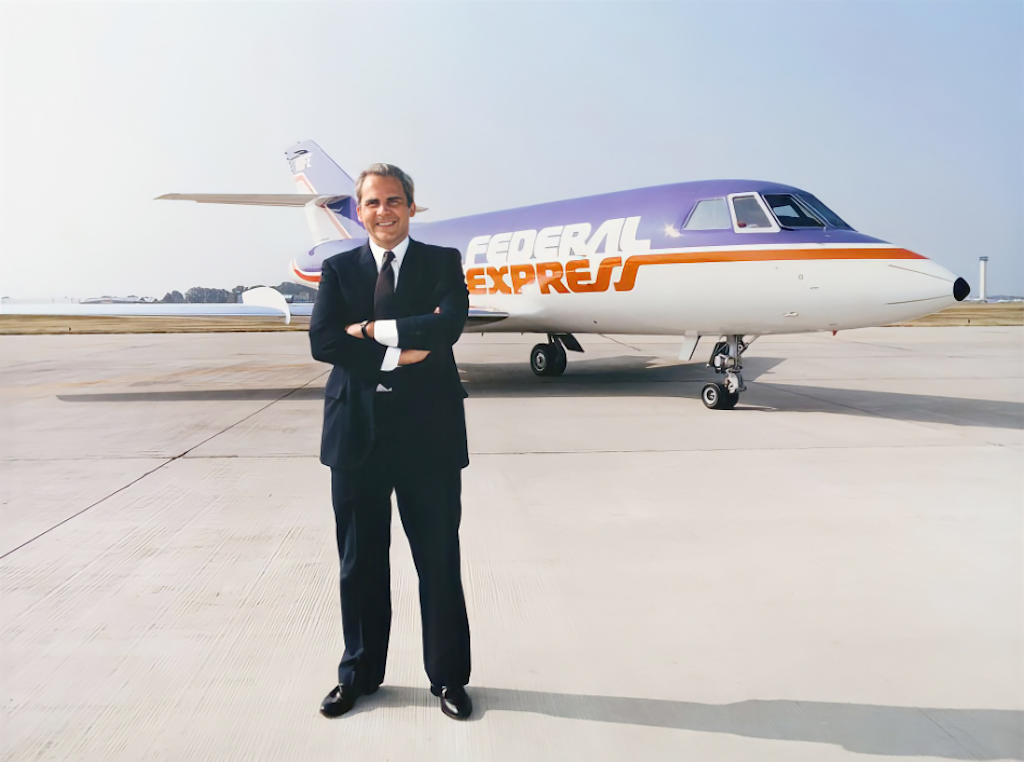 Marines have time and time again come home from their military service to make the world a better place through what they learned. These founders have touched everything from the overnight delivery service to Hollywood, technology and a lot of pizza pies. You likely use their services either daily or weekly and do not even know who started the company. These people have possibly influenced your life without you even realizing it.

Frederick W. Smith spent two tours in Vietnam before coming home to create Federal Express, which was later shortened to FedEx. He grew up in Memphis, Tennessee, and attend Yale before going into the Marines. Smith’s first tour in Vietnam was as an infantry platoon commander and his second tour was as a forward air controller (FAC). He received the Silver Star, Bronze Star and two Purple hearts during his service in the Corps. He founded FedEx on June 18th, 1971, and began offering service to 25 cities with a fleet of 14 Falcon 20 jets.

Smith went to great lengths to keep the company afloat which includes using the company’s last $5k to gamble in blackjack which he turned into $27k and covered the company’s fuel costs for another week. FedEx survived and eventually hit pay dirt in the 1970s with the company today having over $93B in revenue and a total equity of nearly $25B. Smith also invests in films and has financed such hits as The Blindside (Box Office: $309M), Sicario (BO: $85M) and 12 Strong (BO: $71M).

Ron Meyer has been an inside Hollywood mover and shaker for over five decades. Meyer grew up in Los Angeles to parents who had escaped from Nazi Germany in the late 1930s. His career in Tinseltown began after serving in the Marine Corps in the early 1960s in the infantry at Camp Pendleton. He worked for talent agent Paul Kohner from 1964 to 1970, and at William Morris from 1970 to 1975. He then founded Creative Artists Agency with four other William Morris agents in 1975. He co-led the firm with his clients including Sly Stallone, Barbara Streisand, Meryl Streep, Michael Douglas and Donald Sutherland.

Meyer was hired by Universal Studios to serve as President and COO, which lasted from 1995 to 2013 with him overseeing the worldwide operations for film, theme parks and the physical studio of 15,000 employees. He was promoted to Vice Chairman of NBC Universal in 2013 and remained in that post until 2020. Films produced during his tenure at Universal include The Fast and the Furious, Erin Brockovich, Gladiator, A Beautiful Mind, United 93, Apollo 13, and Ted. Meyer has relationships with talent such as Steven Spielberg, Michael Bay, Julia Roberts, Angelina Jolie, Dwayne Johnson and Jason Blum.

Bob Parsons has spent the majority of his career as an entrepreneur in technology, first with Parsons Technology, which did accounting software and then with GoDaddy with internet domains and web hosting. Parsons comes from humble beginnings and joined the Marine Corps during his senior year of high school. He was inducted into boot camp and then shipped off to Vietnam with the infantry. He served with the 26th Marine Regiment in Delta Company, 1st Battalion, 26th Marines in the Quảng Nam Province. Parsons was wounded in action and received the Combat Action Ribbon, Vietnam Gallantry Cross and Purple Heart. Post-service, he graduated from the University of Baltimore with a degree in accounting, Magna Cum Laude.

He founded Parsons Technology in 1984 and sold the company to Intuit, Inc for $64M. A few years later, he founded what would become GoDaddy in 1997 and eventually sold the company to private equity investors in 2011. Parsons now runs YAM Worldwide which is the focus of his entrepreneurship operations in golf, real estate, power sports, marketing, innovation and philanthropy. He owns and operates Harley-Davidson and multi-brand motorcycle dealerships, his own golf company, Parsons Extreme Golf (PXG) and real estate holdings through Arizona’s Valley of the Sun region. He and his wife, Renee, operate the Bob & Renee Parsons Foundation which has donated over $10M annually since its inception to charitable causes such as the 2010 Haiti Earthquake, the Semper Fi Fund and the United Methodist Outreach Centers.

Tom Monaghan founded Domino’s Pizza in 1960 with less than $80 in his checking account and having only completed high school and a tour in the Marines. He used grit, tenacity and common sense leadership to beat the odds and made Domino’s a household name. He also started the pizza delivery business with a 30-minute guarantee for delivery, which was unheard of at the time. Monaghan served in the Corps from 1956 to 1959 in the infantry in Okinawa. Post-service, he hitchhiked across the country from Camp Pendleton to Michigan, meeting some interesting characters along the way.

Once he was back in Ann Arbor and after having tried college at the University of Michigan, he and his brother James bought a small pizza store named DomiNick’s in Ypsilanti, Michigan, for $900. After a brief period, James left the business and Tom traded him a VW Beetle for his brother’s share. He focused on delivery to college campuses and developed a new box for delivery that was stackable. The college campus-focused model spread across the US and the company grew consistently to whereby the mid-1980s, nearly three Domino’s franchises were opening daily. Monaghan sold out a 93% stake in the company to Bain Capital for $1B in 1998.

At one point he owned the Detroit Tigers, who won the World Series (1984) during his ownership, and has been a world-leading Frank Lloyd Wright collector and has owned many historic automobiles including a Bugatti Royale and a Dusenberg. He eventually sold off his high-priced possessions and turned his focus to charitable efforts focusing mostly on Catholic philanthropy. He also opened Ave Maria University and the Ave Maria School of Law, both Catholic-based institutions, in their own town in Florida, Ave Maria. Monaghan has continually donated his fortune to charitable causes across the globe including Central America.

Mike Ilitch founded Little Caesars Pizza, owned the Detroit Red Wings and the Detroit Tigers, of which he bought the latter from fellow pizza baron and Marine, Tom Monaghan. Ilitch was born and grew up in Detroit, MI. He was always a hometown fan of the Tigers, which he played minor league baseball for in the 1950s post-return from the Marine Corps. Mike married his wife Marian in 1955 and started Little Caesars pizza in 1959. He and his wife continually grew the company throughout the next decades and later formed Ilitch Holdings, Inc to combine all of their business interests. He bought the Red Wings in 1982 and the Tigers in 1992. The Red Wings won four Stanley Cups during Ilitch’s ownership and had 25 consecutive seasons with a playoff birth through the 2015-2016 season.

Ilitch created Ilitch Charities to invest in communities and offered the Little Caesars Veterans Program to provide honorably discharged veterans with a business opportunity when they transition from service or seek a career change. He paid for Rosa Parks’s rent from 1994 until her passing which allowed her to relocate from a troubled area of Detroit to a safer neighborhood as well. He served with the best and continually gave back during his lifetime.