The military influences of G.I. Joe cartoons - We Are The Mighty 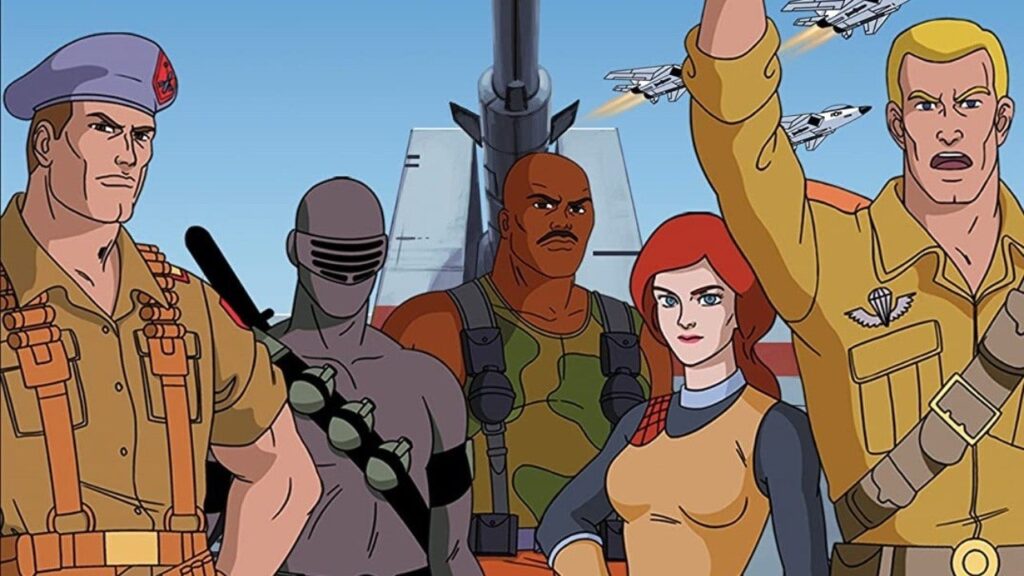 Many of us grew up watching Reagan-era G.I. Joe cartoons. In some cases, it brainwashed us to join the service. In most cases, it brainwashed us to buy lots of toys. We even bought those G.I. Joe brand walkie-talkies that couldn’t even communicate in the same room without a bunch of static. So much for being covert or technologically advanced. Despite that, you should be aware of the keen veteran influences of the cartoon. Some of the story lines were inspired by classic military shows and movies such as Combat!, Where Eagles Dare, The Dirty Dozen and many more.

These are the military influences of G.I. Joe cartoons

The man behind it all with the comics and characters of G.I Joe: A Real American Hero. Hama served in the Army during the Vietnam War from 1969 to 1971 as a firearms and explosives ordnance expert. Post-service, he tried his hand at many trades including acting in an episode of M*A*S*H, a minor role on Saturday Night Live and in the original production of Stephen Sondheim’s Pacific Overture. He penciled comics and was an editor in the early part of his career which includes working Iron Fist, Wonder Woman, Mister Miracle, Super Friends, The Warlord and the TV-series licensed property Welcome Back, Kotter. Hama then struck gold with a job turned down by every other writer at Marvel when given the job of G.I. Joe by then editor-in-chief Jim Shooter.

Hama used the back story of a project he had recently pitched about Nick Fury and a special mission force for the spine of the G.I. Joe story. The comic, which heavily influenced the show, included military terms, martial arts, Eastern philosophy, and references from Hama’s own life. He was instrumental in writing the file cards for each figure which is about their background and role in either G.I. Joe or Cobra. Hama based the personality of Scarlett on his wife. The show was a hit with young women as it portrayed them in a positive light and as members of the team. Real people were used for the likenesses when designing the figures and Hama even got his own likeness used for Tunnel Rat who premiered in G.I. Joe: The Movie in 1987. He also wrote on The ‘Nam which was about the Vietnam War and worked on Bucky O’Hare. Nonetheless, Hama’s influence and creativity for the G.I. Joe cartoon is irreplaceable and timeless.

The theme song for G.I. Joe is easily recognizable, memorable and reeks of patriotism. It makes you want to stand up and shout, “Yo, Joe!”. Johnny Douglas composed and conducted the theme which we now know as a key trademark for G.I. Joe. He composed and conducted music for many series from the 1980s such as The Transformers, Spider-Man and His Amazing Friends, The Incredible Hulk and Dungeon & Dragons. He is a native of London, England and worked with United States productions post World War II. In the war, he served with the Royal Air Force and formed his own dance band in the service. In the 1940s and 1950s, he worked various jobs in music such as staff arranger, writer and hosted his own show In the Still of the Night on the BBC with his own orchestra. In the early 1960s, he won an award at Cannes for his work on the movie The Traitors. He even ran his own record label company, Dulcima Records, which made easy listening music with different musicians and professionals from his orchestra.

When looking at cartoons many people likely do not consider who the voice director is on the project. The voice director is an important role and is crucial in getting the most out of the voice actors for their parts. Burr is most known for his work on The Transformers, G.I. Joe: A Real American Hero, The Transformers: The Movie, Inspector Gadget and Spider-Man. Walter “Wally” Burr served his country in World War II as a young officer sworn in at 18 years old. He hadn’t even been to college yet! He served three years as a tank commander fighting the war through Europe. He recalls being a part of Operation Overlord and coming ashore on June 9th, 1944 with the task of taking the port of Cherbourg. Burr survived many more battles and was one of the first troops to cross the Siegfried line in Germany. When he left the service, he had been through five combat campaigns and was a captain. Burr then went to Northwestern for college and found his way into voice acting. He even did some voice work himself as Atom on Super Friends and Harvey Gabor on Gem.

Russ Heath has drawn some impactful and important comics throughout his career even so much so with Roy Lichtenstein has taken inspiration from Heath’s works for his own. Heath enlisted in the Army Air Corps during the Second World War and finished basic training right as the war ended. Heath freelanced for comics while in high school, much similar to Mr. Hama, and post his service worked in a variety of positions including being an office gofer for an advertising agency. He worked as an artist during his lunch hour too.

His first major work was a Western story about the Two-Gun Kid. He drew on several westerns such as Wild Western, All Western Winners, Black Rider, Western Outlaws and Hollywood’s Greatest Cowgirl. He then drew for Frontline Combat, G.I. Combat and All-American Men of War. Lichtenstein based his oil paintings Whaam!, Blam, Okay Hot-Shot, Okay! and Brattata on Heath’s work. Heath was known for his authentic and genuine feel for military comics. He bought gear such as helmets, uniforms and radios at surplus stores to ensure his accuracy. Heath found his way to drawing for Saturday morning cartoons and working on G.I. Joe, which shows in many of the cartoon’s realism and accuracy with uniforms and vehicles.

John Ahern spent his career as an animation artist at companies like Disney and working on such projects as Lady and the Tramp, Mary Poppins, Sleeping Beauty, Jungle Book, The Artistocrats and Robin Hood. He is known for developing the concept for the Matterhorn, which was later incorporated at Disneyland Resort. He finished his time at Disney and moved on to Hanna-Barbera to work on The Flintstones. Ahern worked on many titles at the studio such as Scooby-Doo, Godzilla and The New Tom and Jerry Show. He served as an animator on Muppet Babies for Jim Henson and earned a Daytime Emmy Award for his efforts. Ahern worked as a producer on the G.I. Joe series and served in the US Army as part of their ski patrol in the German Alps during the Korean War. Some of his creativity for the show was likely influenced by his days in the service, especially all of those snow episodes with Snow Job, Frostbite and Iceberg.