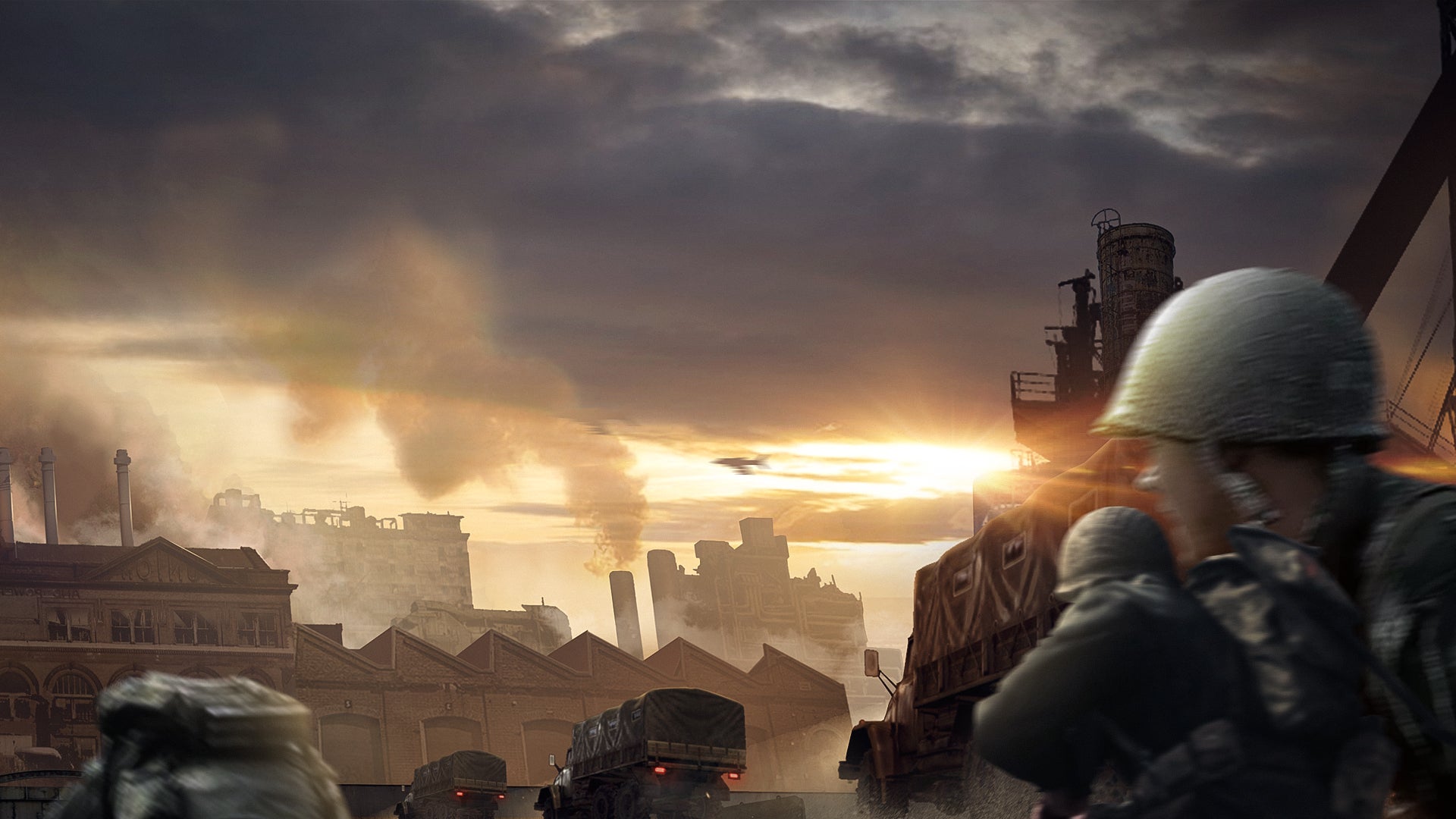 Brothers Ralph and Boyd Henderson were born in Arimo, Idaho, on Sept. 6, 1918. Identical twins, they both grew up during the Great Depression working in their family’s feed store. Just before the Japanese bombed Pearl Harbor, Ralph was drafted into the Army.

His brother Boyd, determined to look after Ralph, went with him, enlisting in the ​​183rd Field Artillery Battalion of the Idaho National Guard. Their experiences in World War II would mirror one another as they fought together across North Africa, Italy, and into Germany itself.

The battle featured in the short film is fictional, but it depicts a land-sea-air operation the way it would have been done during World War II, using C-47 Skytrain transport aircraft trailing CG-4 Hadrian gliders, carrying U.S. Army paratroopers. Landing with the army is the iconic Willys Jeep and heavy weapons, such as the M2 Browning .50-caliber, used in such landings.

The film goes on to depict realistic small-unit combat as the American force takes down armored vehicles while assaulting a 75-mm howitzer to stop it from firing on the landing force. From there, the soldiers move into a nearby town to hit an enemy command post. Throughout the film, Easter eggs provide a fitting homage to real historical photographs of the men who jumped into Fortress Europe in 1944.

The dramatic end to “Showdown II: Centenary” reveals the power of brotherhood, both literally and the figurative ties of brotherhood that grow between troops in combat. The makers of Warpath infused the same spirit into this realistic strategy game.

Warpath puts players in command of an army in the game, making them responsible for recruiting officers, commanding troops, conducting diplomatic negotiations and leading their armies in wartime.

Using the most well-known real-world armored vehicles, small arms, artillery, and fighter aircraft, the game is a must-play for military enthusiasts looking to get the most authentic military strategy experience. The game features 104 types of tanks, 34 types of artillery, and 27 types of infantry weapons, for use in real battlefield tactics on maps and terrain simulating famous battlefields.

Most importantly, Warpath creates the most authentic social and emotional experience of brotherhood by allowing players to form alliances with other players. The shared experience of fighting side-by-side with their allied brothers to help and support strategic and tactical goals brings players together like no game has ever done before.

Warpath players can look after your alliance brothers the way Ralph and Boyd Henderson looked after each other: the best they could.

The Henderson twins shipped off to North Africa as part of the 805th Tank Destroyer Battalion in 1943. Placed in separate units, they saw each other on the battlefield only rarely, but even as they turned 100 years old, they never forgot the love they felt when they did.

As the Allies advanced across Africa and across the Mediterranean Sea into Italy, Boyd became the commander of six tank destroyers. When German resistance became more and more fierce as they pushed into Europe, it took a heavy toll on their unit.

Boyd and Ralph watched the casualties mount, but rarely knew they were on the same battlefield. Ralph would receive the Silver Star and Bronze Star for valor in combat. Boyd was wounded when an exploding tank shell hit his vehicle, penetrating the tank destroyer’s armor, shards of metal searing into his back.

After a short stint in a field hospital, he was awarded the Purple Heart. He was back in action in time to take down a Nazi flag from the Colosseum when the Allies captured Rome.

When the Allies pushed their way into Germany, Boyd helped liberate the Dachau Concentration Camp. Both brothers survived the war and returned home to Idaho, where they have spent the rest of their lives in peace.

This article was sponsored by Warpath.

Warpath’s story and characters are fictitious. Any resemblance to actual events or individuals, is entirely coincidental. Additionally, weapon usage in the game is not realistic, in order to further distinguish this as a fictional story, not based on historical fact.