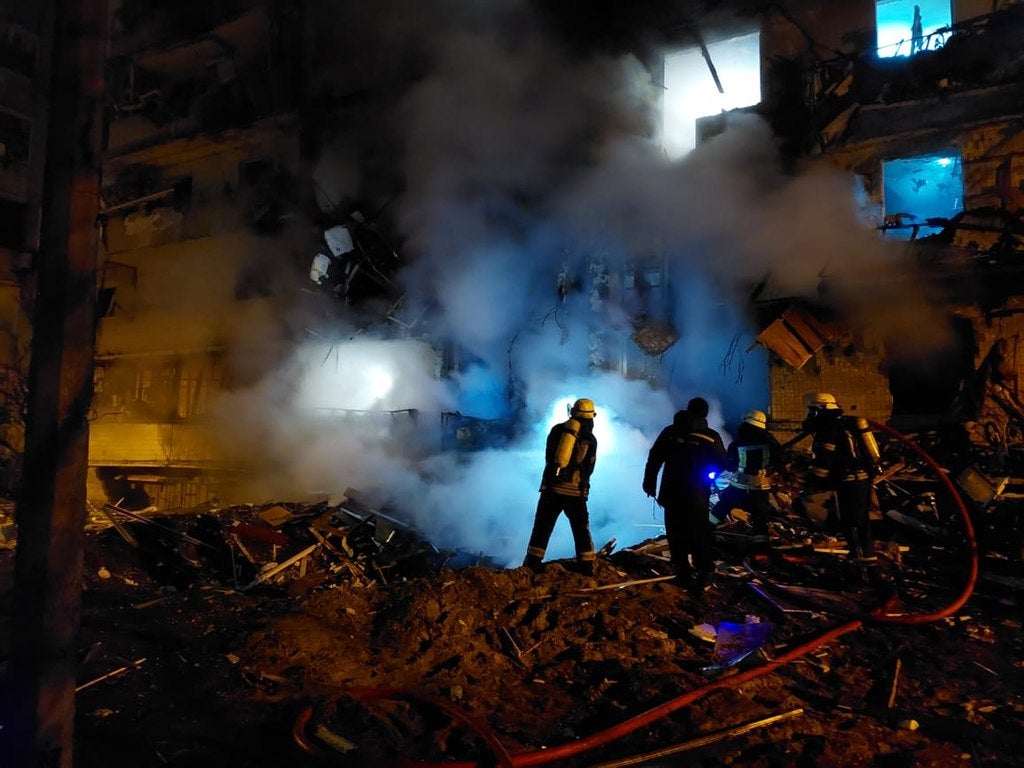 Despite what Russian propaganda would have people believe, its war on Ukraine isn’t going exactly the way the Russians wanted it to. In less than a week, Ukraine has mounted a defense of the country in the face of overwhelming Russian firepower.

In that same period of time, stories of bold Ukrainian defenses are leaking out to international media, emboldening Ukraine’s brothers and sisters in arms. None of these stories are as awesome as that of the defenders of Snake Island.

American history buffs recall the World War II moment when, outnumbered and surrounded, Gen. Anthony McAuliffe received a surrender demand from the Germans during the Battle of the Bulge. His reply, “Nuts!,” was not only appropriate, but it also fueled the fire of the paratroopers caught in the middle of the bulge.

Ukraine had its own “nuts” moment just days after Russian forces began their assault on sovereign Ukrainian territory. It came in the Black Sea, on Ukraine’s Zmiinyi Island – also known as Snake Island – when a Russian warship demanded Ukrainian troops on the island surrender or be killed.

“This is a Russian warship,” said a voice coming over the radio. “I ask you to lay down your arms and surrender to avoid bloodshed and unnecessary deaths. Otherwise you will be bombed.”

“This is it,” the Ukrainian reply came after a few tense moments: “Russian warship. Go f*ck yourself.”

The Ukrainians were not going to surrender any inch of Ukraine to Russia without a fight. Snake Island is less than a square mile in size, but is of important strategic value to Ukraine. Sitting 30 miles off the southern tip of the country, it is a critical Black Sea position. Ukraine reported that Russian missile cruiser Moskva and patrol ship Vasily Bykov were in the area during the time period.

Unlike the Americans fighting the Germans during the Bulge, the story didn’t end well for the 13 defenders of Snake Island. The Ukrainian Ambassador to the United States, Oksana Markarova, reported that all 13 defenders of the island were killed during its 12-hour defense.

For refusing to just lay down their weapons and roll over for a Russian battleship, and displaying the spirit of Ukraine’s defense against Russian aggression, the 13 border guards on the island will be awarded the title Hero of Ukraine, the state’s highest honor.

“May the memory of those who gave their lives for Ukraine live forever,” President Volodmyr Zelenskyy said in a statement.

The exchange was recorded by a Ukrainian news outlet called Ukaryinska Pravda. It was released to social media and picked up by the international media, hungry for any news coming from the country about its defense.

Snake Island was used as a radar outpost in the Black Sea when Ukraine was part of the Soviet Union. Its status has since been in dispute between Russia, Ukraine, and Romania. In 2009 an international court determined the maritime boundary gave possession to Ukraine.

The Russian assault on the island obliterated its infrastructure. Russian control of the island will allow the Russians to dominate sea traffic to important Ukrainian ports, including Odessa, along with traffic up the Danube River.

President Zelenskyy has vowed that every inch of Ukrainian territory, like Snake Island, will be defended at all costs.