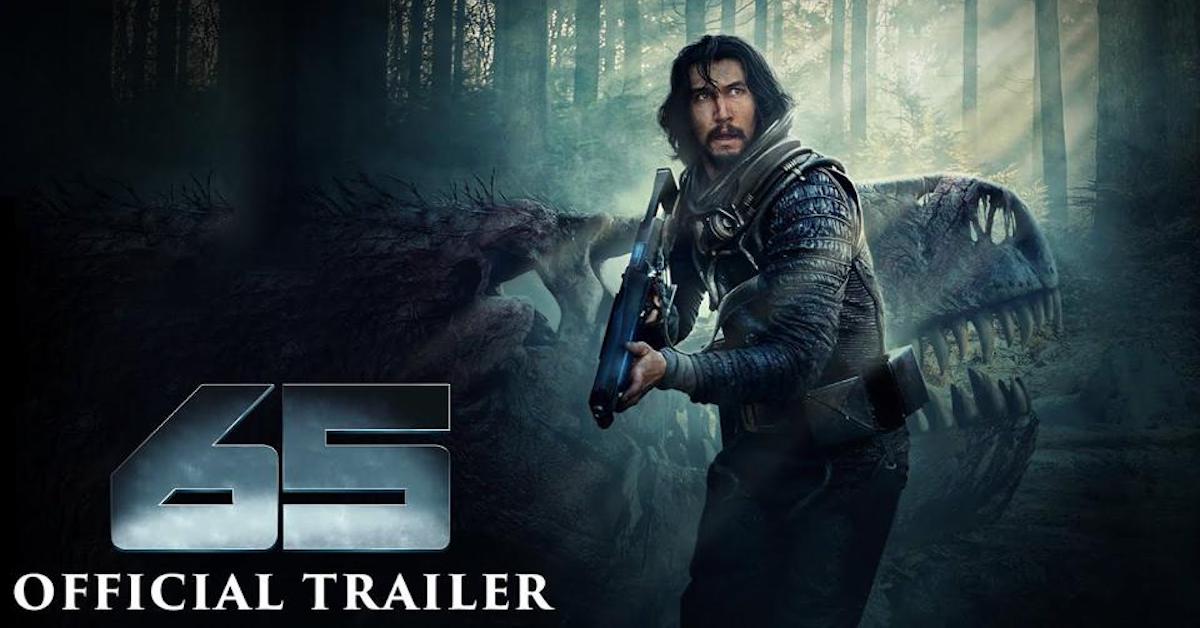 The upcoming sci-fi feature 65 has a premise that’s so crazy it just might work. Two-time Oscar nominee and Marine Corps veteran Adam Driver will play an astronaut who crashes on Earth 65 million years ago — and is greeted by the earthlings of the times (ie: dinosaurs).

The movie was written, directed, and produced by the 2018 hit A Quiet Place writers Scott Beck and Bryan Woods, the film’s logline promises that “with only one chance at rescue, Mills (Driver) and the only other survivor, Koa (Ariana Greenblatt), must make their way across an unknown terrain riddled with dangerous prehistoric creatures in an epic fight to survive.”

The futuristic technology paired with the dinosaurs gives a very Alien meets Jurassic Park vibe, but the powerhouse creative team and cast should inspire confidence. Adam Driver may have launched his career as a zany paramour of Lena Dunham in HBO’s Girls, but he skyrocketed with Star Wars Episode VI and critical darlings like House of Gucci. He’s joined by Chloe Coleman (Gunpowder Milkshake) and Ariana Greenblatt (Love and Monsters).

“The search for a new world led to a prehistoric earth,” warns the trailer, which offers mostly a teaser at the plot of the film. One thing for sure is that there will be dinosaurs — at least for a little while. Commander Mills’ ship was struck down by an undocumented asteroid…right around the time the Cretaceous Period ended with an asteroid impact. My guess is that Mills could be facing an extinction event, not to mention any number of very clever girls.