Before he was Obi-Wan Kenobi, Alec Guinness was an officer in the Royal Navy - We Are The Mighty

Before he was Obi-Wan Kenobi, Alec Guinness was an officer in the Royal Navy 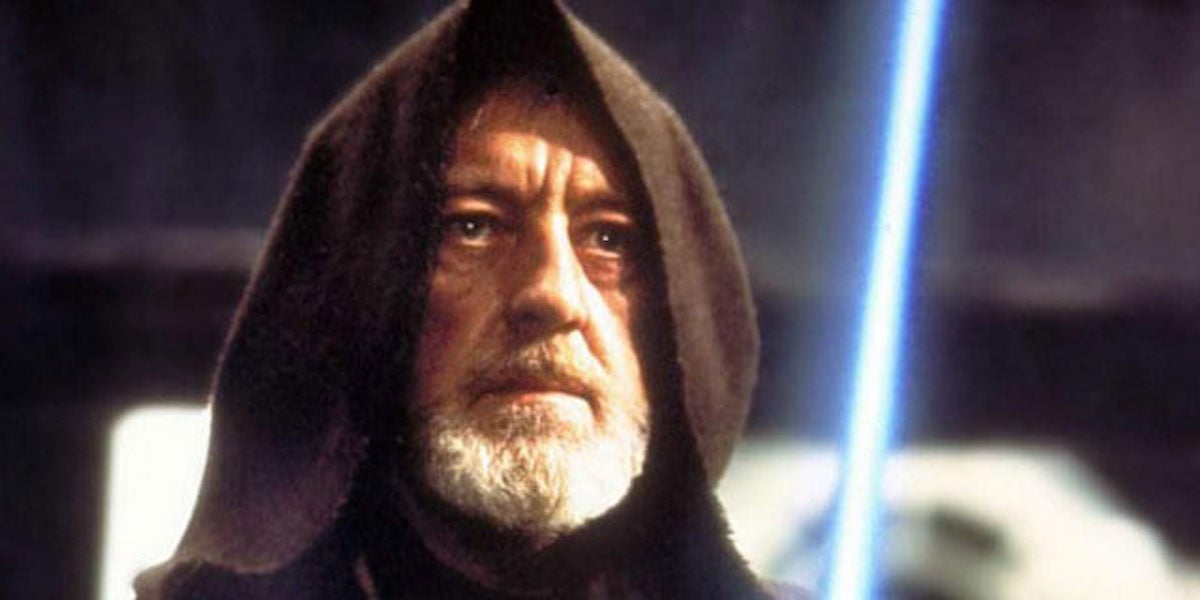 In the Star Wars universe, Obi-Wan Kenobi is regarded as a great warrior, a capable military commander and a great man; the actor who played Kenobi in the original Star Wars films shared these same attributes, plus his acting ability. Although Sir Alec Guinness was not a fan of the Star Wars concept calling it “fairy tale rubbish,” Obi-Wan is undoubtedly his greatest acting legacy. Before he battled on screen in a galaxy far, far away or in the jungles of Burma, Guinness fought in WWII as a Royal Naval officer.

Guinness started his acting career at the age of 20 on stage at the King’s Theatre in Hammersmith while he was still a drama student. From there, his acting career soared as he went on to perform in Shakespeare alongside stage legends like Peggy Ashcroft, Jack Hawkins, Ralph Richardson, and Anthony Quayle, with whom Guinness became close friends. He even acted alongside the legendary actor Laurence Olivier in a production of Henry V.

With the outbreak of WWII, Guinness traded in his costumes for a uniform to serve in the Royal Navy Volunteer Reserve at the age of 27. His naval training took place on the HMS Raleigh on a naval base as well as Hampshire and Loch Fyne. Guinness concluded his formal naval training aboard the HMS Quebec in 1942 and was commissioned as a naval officer. In 1943, he sailed to Boston where he was given his first command. Guinness commanded a landing craft through a series of German aircraft attacks and successfully landed on the coast of North Africa. From there, he and his crew readied themselves for the allied invasion of Sicily.

On July 9, 1943, Guinness and his crew staged another successful landing at Cape Passero where they delivered 200 men. However, during the operation, communications broke down and Guinness did not receive a message saying that the landing was delayed by an hour. As a result, Guinness and his crew landed on their own. Afterwards, a ranking naval officer accused him of being late rather than early and insinuated that the actor was not fit for military service. Ever one to have the right line, Guinness responded, “And you will allow me to point out, sir, that in the West End of London, if the curtain is advertised as going up at 8:00 pm, it goes up at 8:00 pm, and not an hour later, something that the Royal Navy might learn from.”

Following the invasion of Sicily, Guinness was reassigned to ferry supplies and allied agents to Yugoslav partisans on the eastern Mediterranean front. During this time, he was given leave to appear in a Broadway production of the play Flare Path, a show about RAF Bomber Command. Although he considered turning to the priesthood during the war, to the relief of Star Wars fans worldwide, Guinness decided to return to acting instead.

From 1946 to 1948, the former naval officer acted at the Old Vic theatre in London. His first major film role, Oliver Twist, released to wide acclaim in 1948 and set him on the path to stardom. With classic films like Bridge on the River Kwai, Lawrence of Arabia, and Star Wars to his name, Alec Guinness has been immortalized on the silver screen. In addition to an Oscar and two BAFTAs, Guinness was knighted by Queen Elizabeth II in 1959. The next year, he was honored across the pond with a star on the Hollywood Walk of Fame. Guinness died of liver cancer on August 5, 2000 at the age of 86.