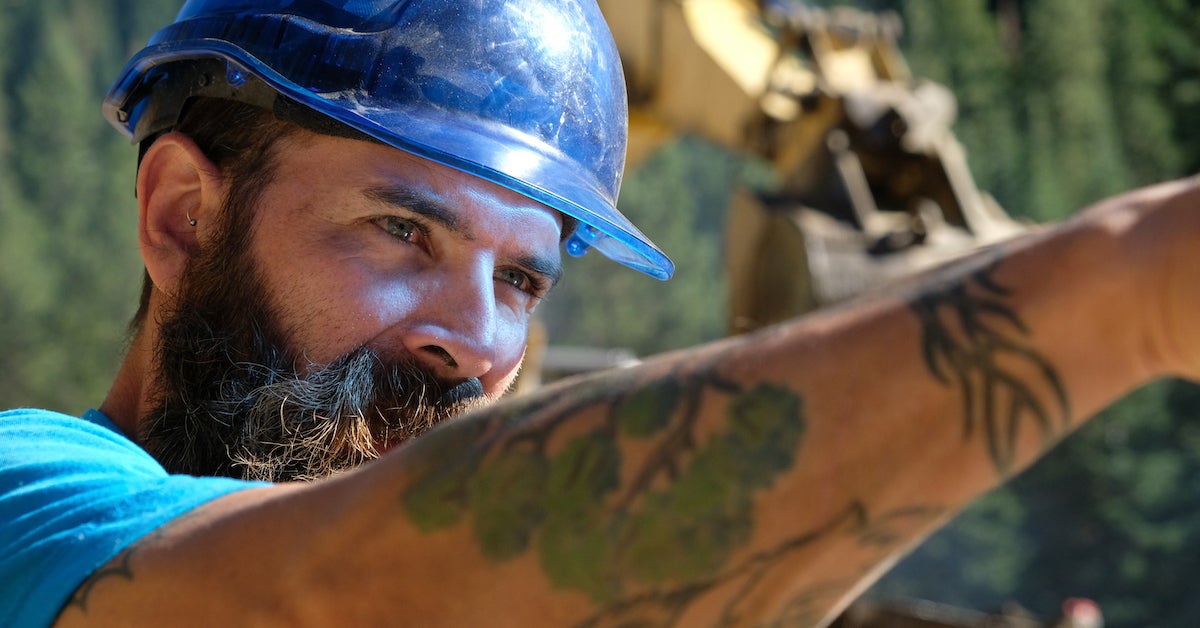 When a global pandemic shut down the world in March 2020, markets crashed and rocked the U.S. economy. However, with economic uncertainty comes great opportunity for those who can seize the moment. And in the goldfields across North America, the opportunity of a lifetime awaited as gold prices spiked to record highs and the price of fuel, a miner’s biggest expense, bottomed out.

WATM: Goldmining is a dangerous profession; how do you use your military experience to mitigate the dangers of prospecting?

Lewis: So, we pretty much run the mine site like an ODA or Special Forces Team where everybody has their own area of expertise. I’ve kind of lined it up so everybody becomes a subject matter expert in their field. It works with everyone having zero experience and tightens us up quickly and keeps everything moving safely. Everyone pays attention to their ‘fire zone’ I guess you can call it.

WATM: What is your favorite team building moment on the show?

Lewis: You know together off grid in the mountains of Oregon has been probably the best part of this season. The mining aspect and taking a group of guys who know nothing of mining and teaching them what it’s all about and just living it together bonded us a team. It’s exactly what I’ve been looking for. We joke so much about how it feels so much like a deployment. We do it together, we win, we lose – together. Good weather comes, bad weather comes, we sit by the fire. Hunt, fish, it’s really hard to compare this in the civilian world. It’s kind of like being in the military but you’re a civilian.

Well, we do have but they’re not for fighting.

WATM: Your story is truly inspiring, what advice would you give to veterans who want to follow in your footsteps?

Lewis: The biggest piece of advice I can give is to never quit. I know it sounds cliché but there were so many times I was told when I got out I’d be on pills the rest of my life and wouldn’t have an active life. I got involved with adaptive sports. I keep pushing myself and thinking the bar that was set for me by doctors and everybody else was super low. As I got better and kept raising that bar I just kept pushing for other things.

I’ve done American Ninja Warrior twice, I was on a show called Steve Austin’s Broken Skull Challenge, that made me realize that my story was powerful, and it could inspire people. So, I kept pushing to share and that kind of led me to reality TV.  Once I realized how much it had done for me I had to bring other guys in.

I’ve been literally pushing past all the boundaries everybody has been putting in front of me. The sky’s the limit if you think about it.

WATM: Veterans are always having their eye on the future, that being said, what is next for you and Discovery?

Lewis: I look at the TV aspect of this as a way of getting our story out and share our story to inspire people. My relationship with Discovery is very important as far as the future goes, I always look at things as an uphill battle. You’re never going to get to the top unless you keep climbing. I’m just barely getting started but long term I want to bring in way more vets. Get people more involved and keep growing and pushing until we make it.

WATM: Outstanding, now that begs the question — when our audience reads this and they want to get involved, how can they reach out to you?

Lewis: I have a fully open-door policy. Everything on my social media is open to everybody and actually I enjoy getting messages from vets. I get a lot of messages from people asking if they can have a job, people telling me they’re inspired by my story, and that’s why I’m doing this. People can feel free to reach out to me at any time. I don’t have a lot of stuff planned for the future but it’s always evolving, and I want to involve vets in it.

I want people to reach out to me any chance they get. I usually reply to pretty much anybody.

Lewis: These group of guys, before this happened, with COVID and everybody’s situations – everything was up in the air. What we’re managed to do is find a new purpose for everybody on this team that they can continue to build and grow in. Even if COVID comes back and puts us in a position where things are getting locked down, gold mining is essential.

This type of work is so up our alley it is inevitable that people are going to want to get more involved in it when they see how cool it is.