A fresh list of film directors that served in the military

These incredible film directors also served in the military 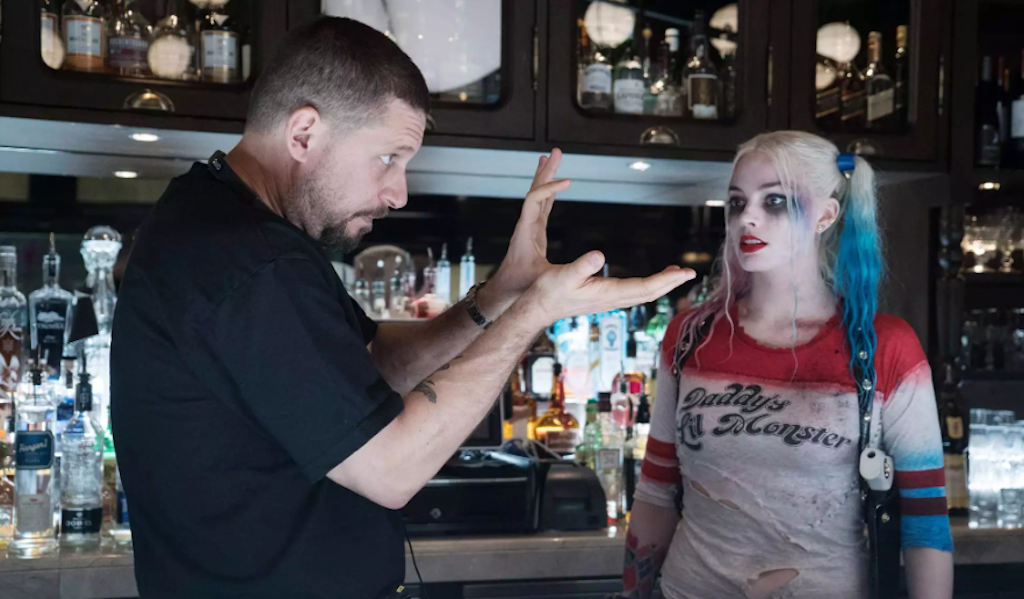 Yes, there are many directors who have impacted modern cinema who also served their country in a time of need and/or as a patriotic duty. These include the following screen craft masters, some of which may be a surprise to you.

Here is a fresh list of film directors who served in the military:

Joseph Sargent’s career as a director spanned from the early 1950s to the late 2000s and he won four Emmys during the course of his career. Before getting into Hollywood, Sargent served in the U.S. Army during World War II and fought in the Battle of the Bulge. He worked with some top talent including Gregory Peck, Burt Reynolds, Sidney Poitier, Alfre Woodward, Laurence Fishburne, Laura Dern, Michael Caine, Eva Marie Saint, Kathy Bates, Danny Glover, Sally Field, Kenneth Branaugh, Kirstie Alley, Andy Garcia, James Earl Jones, Leonard Nimoy, James Garner, Claudia Cardinale, Ned Beatty, Robert Shaw and Walter Matthau. He is most known for his projects White Lightning, MacArthur, The Taking of Pelham One Two Three and Nightmare. His work on Macarthur with Gregory Peck is his work he’s most known for and post his time directing cinema fare he turned to TV with such projects as Something the Lord Made, Out of the Ashes and Warm Springs.

Robert Altman made his mark on the film industry in many ways, especially during the era of New Hollywood. He was nominated for the Academy Award for Best Director five times in his career. Upon his graduation from the Wentworth Military Academy at 18, he joined U.S. Army Air Forces during World War II. He flew 50 plus bombing missions in a B-24 Liberator as a co-pilot in Borneo and the Dutch East Indies. His unit was the 307th Bomb Group. When he was discharged he moved to California and sold his first script, Bodyguard, to RKO in 1948 which was eventually made into a feature film of the same name. He then attempted to start a career as a writer without much success and then became a writer and director for industrial films. Altman then moved into TV and directing. TV shows he directed include Alfred Hitchcock Presents, Bonanza, Combat!, Maverick, Peter Gunn and Route 66. He flowed right into film directing with Countdown, which starred Robet Duvall and James Caan. His first big hit for the silver screen was M*A*S*H which starred Elliott Gould and Donald Sutherland and it won the Palme d’Or and was nominated for five Academy Awards.

Altman then tried his hand at a western film with McCabe & Mrs. Miller and neo-noir Raymand Chandler novel-based film, The Long Goodbye. He struck gold again with Nashville, which was nominated for five Academy Awards and won for Best Original Song which was sang by Keith Carradine. His career through the later 70s and 80s involved less mainstream hits and more independent features. In 1988, he created Tanner 88, which is a mockumentary about presidential campaign, which became popular and spawned a sequel 16 years later with Tanner on Tanner. Altman made a comeback with The Player in 1992 which satires the life of a Hollywood executive and it features many notable cameos from Julia Roberts and Bruce Willis as themselves. It was nominated for three Academy Awards and Altman won the Best Director award for the film at the Cannes Film Festival. His last big hit was the murder mystery Gosford Park, which one an Oscar for Best Original Screenplay.

David Ayer has made a name for himself first as a screenwriter on such projects as Training Day, The Fast and the Furious and S.W.A.T., which led to him directing films such as End of Watch, Suicide Squad, Fury and Bright. He grew up in Minnesota and Maryland when a falling out with his parents led to him moving to Los Angeles with the city becoming a setting in many of his films. He painted houses after dropping out of high school and then he joined the Navy in 1986.

Ayer’s specialty was as a submarine sonar technician (STS) and he served on the USS Haddo, which inspired his writing of his screenplay for U-571. Throughout his career he was worked with top talent such as Margot Robbie, Christian Bale, Forrest Whitaker, Will Smith, Keanu Reeves, Viola Davis, Jake Gyllenhaal, Olivia Williams, Arnold Schwarzenegger, Noomi Rapace, Jard Leto, Sam Worthington and Joel Edgerton. Ayer continues in the industry and runs his own company, called Cedar Park Entertainment.

Richard Brooks became known first in Hollywood for his excellent screenplays, however he began writing in the theater with plays. He moved to Los Angeles in the early 1940s and found little success as a writer, so he did the next best thing, and in 1943 he joined the Marine Corps! He served in the Corps during World War II in Quantico and at Camp Pendleton for the Marine Corps film unit. He learned a lot while with the Marines to include filmmaking with a focus on writing and editing doumentaries. He wrote a novel during this period, The Brick Foxhole, which was adapted to the screen with Crossfire, which starred Robert Mithcum and Robert Ryan. Through his fledgling writing career Brooks developed a relationship with Humphrey Bogart and wrote the screenplay for Key Largo, which was directed by the great John Huston. He then transitioned to directing in the 1950s with hits such as Blackboard Jungle, which helped open the door for a young Sidney Poitier, who has a role in the film.

Another seminal movie he directed in the 50s was Cat on a Hot Tin Roof with Paul Newman and Elizabeth Taylor. His upward rise continued with films such as Elmer Gantry, Sweet Bird of Youth and The Professionals. Brooks’s out of the box success in the 1960s was based on Truman Capote’s In Cold Blood novel, which was turned into a film of the same name. The movie was done in a documentary style and changed the types of films being made in the industry to a mature style. Brooks was then set to direct First Blood in 1972 which would star Lee Marvin or Burt Lancaster as Sheriff Will Teasle and a surprise choice of Bette Davis as a psychiatrist. It would have been a much different film than the one completed a decade later directed by Ted Kotcheff with Sly Stallone, Brian Dennehy and Richard Crenna. Once First Blood was a no go he turned his focus to a western, Bite the Bullit, which starred Gene Hackman, Candice Bergen and James Coburn. Two of his more notable films at the end of his career are Looking for Mr. Goodbar which stars Diane Keaton and Wrong is Right with Sean Connery. Brooks has an eclectic style and well developed characters in his films.

John Boorman is a British director who has made some of the best classics in American cinema, which includes Deliverance, Hell in the Pacific and Point Blank. His later films include Excalibur, Hope and Glory, Queen and Country, The General and The Emerald Forest. Boorman served in the British Army during the Korean War, however he did not see action. Post his service he took up different jobs such as a journalist and dry cleaner. He then made his way to TV and completed docuemntaries for the small screen. His first break came with the opportunity to direct Catch Us if You Can about the pop band the Dave Clark Five, who were rivals of The Beatles. Boorman then directed Lee Marvin and Angie Dickinson in Point Blank. He again worked with Marvin and with Toshiro Mifune for the World War II film Hell in the Pacific, which is about an American pilot and a Japaense Captain who are both stranded on an island in the Pacific.

Interestingly enough, both actors served during World War II; Marvin in the U.S. Marines and Mifune in the Imperial Japanese Army Air Service. Boorman’s work on his 1972 film Deliverance garnered him the most attention and praise in his career, especially with the performances of the ensemble cast with Burt Reynolds, Jon Voight, Ned Beatty and Ronny Cox. The film was a box office hit and earned three Oscar nominations and another five Golden Globe nominations. Boorman was close friends with acclaimed director David Lean as well. His film Excalibur which came out in 1981 starred many great actors such as Helen Mirren, Liam Neeson, Patrick Stewart and Nigel Terry. He scored more hits with Hope and Glory, The General and Queen and Country, which came out in 2014 and Boorman would have been 81 years old at the time. He appears to still have “it” as Queen and Country has been praised by critics and audiences alike.