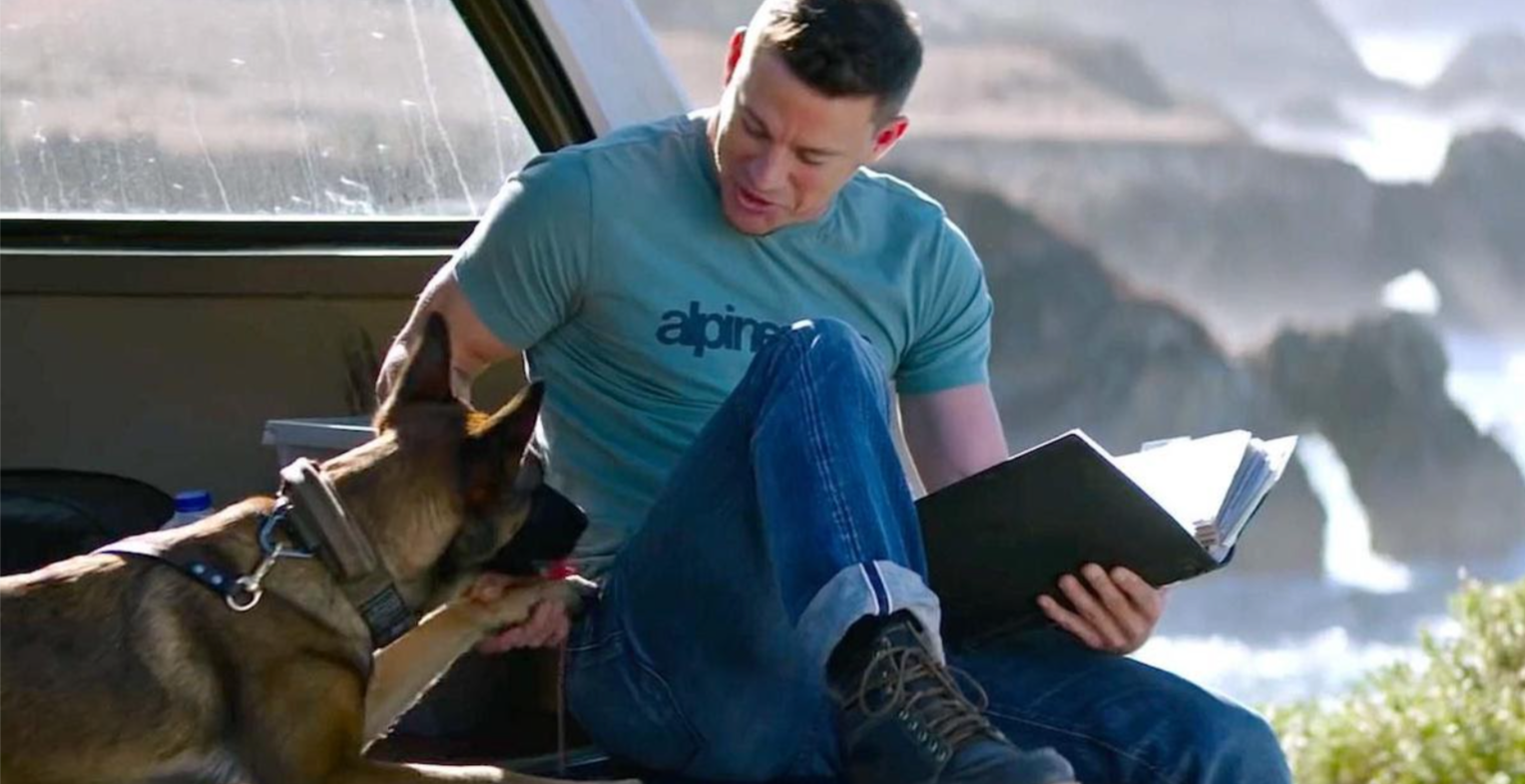 Channing Tatum’s next flick will be a buddy comedy about an Army Ranger bringing a troubled military working dog to a fellow soldier’s funeral. Tatum will star in the comedy as well as co-direct the film along with Magic Mike screenwriter Reid Carolin. This will mark Tatum’s feature directorial debut, while Carolin also served as executive producer of 22 Jump Street and White House Down.

The official synopsis for Dog describes the film as “a buddy comedy that follows the misadventures of two former Army Rangers paired against their will on the road trip of a lifetime. Army Ranger Briggs (Tatum) and Lulu (a Belgian Malinois dog) buckle into a 1984 Ford Bronco and race down the Pacific Coast in hopes of making it to a fellow soldier’s funeral on time. Along the way, they’ll drive each other completely crazy, break a small handful of laws, narrowly evade death, and learn to let down their guards in order to have a fighting chance of finding happiness.”

This isn’t the first time Tatum and Carolin have explored the relationship between warriors and their working dogs. In 2017 they served as an Executive Producer for War Dog: A Soldier’s Best Friend, an HBO documentary that “explores the unbreakable bond between multi-purpose K9s and their handlers.” Military Working Dogs and their handlers become elite teams, highly trained and deeply bonded.

Dog was co-written by Carolin and Brett Rodiriguez, who served as a military consultant on the 2008 war drama Stop-Loss.