'Ten Weeks' Episode 10: The Final Week - We Are The Mighty 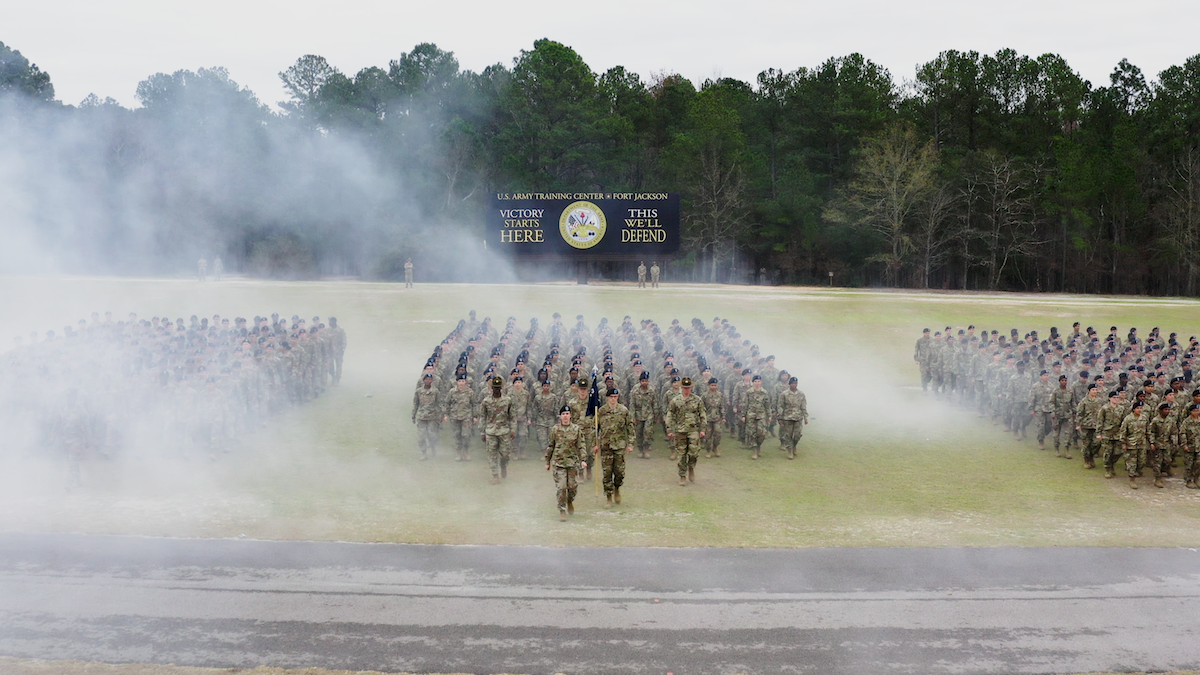 “[In The Forge] if you don’t do something right, you can die,” says Carpenter. The 150-meter low-crawl under barbed wire and live fire is a combat simulation — and the recruits felt every minute of it.

But on the other side, victory awaits.

After The Forge, the recruits get to call themselves Soldiers. They are given their berets and Army patches and are congratulated by their Drill Sergeants.

But all of it means nothing if they fail their final ACFT.

If they cannot pass the Army Combat Fitness Test, they will be recycled. Carpenter and Gideons each have one event they’ve failed: the leg tuck and standing power throw respectfully. Over the past ten weeks, their strength and determination have grown. But over the past few days, they’ve had to endure The Forge.

But there’s no way in hell they’re gonna let that stop them.

The recruits passed with flying colors and joined their fellow soldiers — and their families — at graduation.

And if you think you won’t tear up when you watch them hug their parents, you are wrong.

“I survived but it was tough,” shared Oller, looking back on his hardships during boot camp. “I’ve had to learn to not care what others think. I managed to keep believing that I really belong here and to be recognized as a soldier.”

The sleepless nights, the weapons, the gas chamber, the obstacles, the injuries, the tests. These men and women earned the right to be a United States Army soldier.

And these ten weeks are just the beginning.