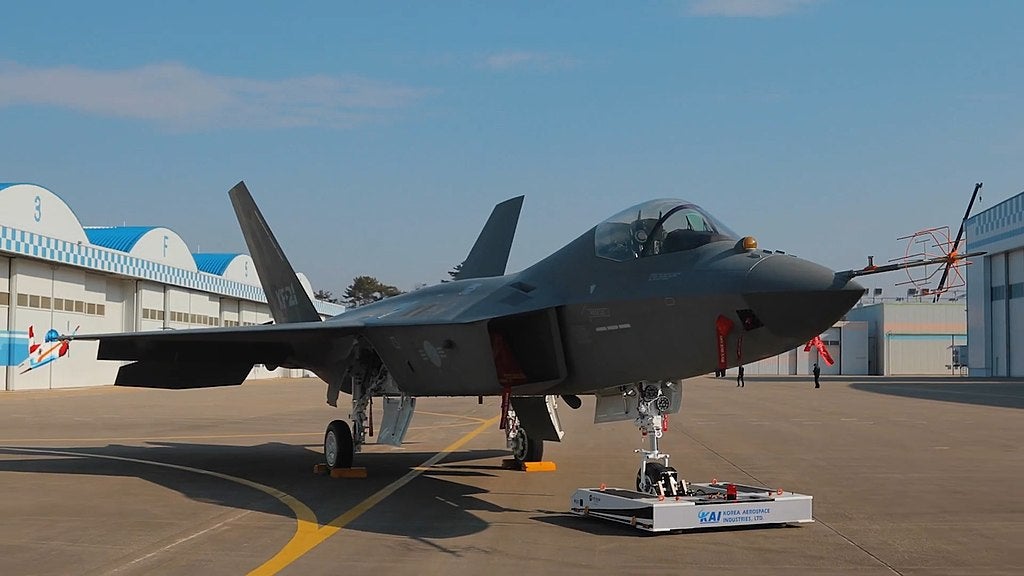 There’s a new fighter jet on the horizon that looks to change the balance of military power in Asia and the military aviation business in general. South Korea debuted its KF-21 Boramae prototype to limited fanfare. Not the fighter’s fault. It first flew the same day this summer that a heat wave in London made front page news and triggered wildfires that would destroy historical homes in the city. But the KF-21 deserves a lot of fanfare. It’s a project from a U.S. ally that could rewrite the rules of the military jet business.

For starters, the jet is a homegrown South Korean project led by Korean Aerospace Industries. South Korea is still flying F-4s and F-5s alongside more modern fighters like F-16s and F-35s. If you noted that all of those are American-made jets, congratulations. The Republic of Korea Air Force is currently heavily reliant on U.S. manufacturing. The KF-21 is a chance to change that and replace those older F-4s and 5s. But the project is ambitious. The Republic of Korea has never released its own full fighter. The KAI T-50 is the closest they have come. The trainer/light-multirole fighter is not nearly as complex as a full fighter.

And nearly everything on the KF-21, except the American-provided engines, is indigenous.

AFuzion, Inc. CEO Vance Hilderman, whose company assisted with certain parts of development, said the maiden flight showed that the last 10 years of work have been fruitful.

“With the cockpit, the avionics, the actuators, the flight controls, most of it, probably 90 percent, of the guts is all indigenous. And Korea did all of that in just 10 years.”

“I didn’t think they could do it five years ago. And I’m the owner of AFuzion” he said.

South Korea had to develop quite complicated tech to make this work. Lockheed Martin came on as a design consultant for the program and offered South Korea a significant leg up through technology sharing. But the U.S. blocked the transfer of four key pieces of technology in 2015: active electronically scanned radar, electro-optical targeting pod, infrared search and track, and the radio frequency jammer.

And just four years ago, South Korea came and knocked on AFuzion’s door. I mean, not literally. That would be ridiculous. When we spoke, Vance was in Idaho, and South Korea can’t fit in Idaho. And also, it’s a peninsula. And not anthropomorphic. But, you know, it metaphorically came knocking.

South Korea took its American engines, added their American tech, their homegrown tech, and then asked AFuzion for help marrying it all to the cockpit. I asked Vance if it seemed like they had successfully replicated the blocked technology.

“I can’t, umm, I can’t really get into details, there.” He smiled. “But I think they’ve got what they need.”

The current iteration of the KF-21 appears to check most of the blocks for South Korea, its partner in Indonesia, and potential export customers.

Its dual-engine design uses more fuel but increases redundancy in the jet, Vance said. All of the needed technology for a capable generation-4.5 jet is there. And there is nothing that would likely block future sales of the jet, a major goal of KAI as it hopes to fund future innovations and jets with KF-21 sales.

Vance said that some of the conservative elements of the design, like having dual engines instead of the more fuel-efficient single engine, were likely to ensure that the jet could be certified for export.

“Military jets with a single pilot or a crew of two don’t get the scrutiny that a passenger jet would, in terms of safety before export. But it does have to be certified. Here, the Army does all of that safety certification for even the Air Force. You might think it would be the Air Force, but it’s the Army out at Huntsville, Alabama. Korea will have to navigate that, which is quite challenging.”

Again, the TA-50 is the closest Korea has come to completing the process for a full-sized military jet. And the TA-50 is much smaller and less complex.

But once the KF-21 is through the process, it looks to be a reliable generation-4.5 fighter homegrown in southeast Asia. For allies of Korea, that creates an enticing option for deterring China without having to go to U.S., European, or other western options.