Today in military history: US tests first hydrogen bomb - We Are The Mighty 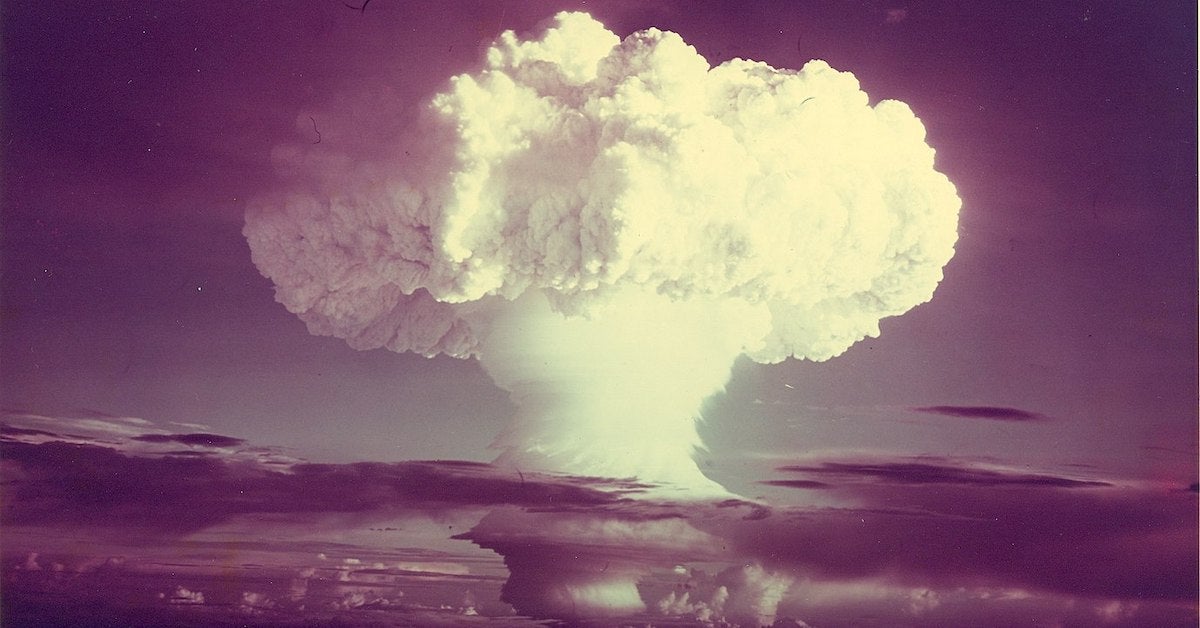 After the United States dropped two atomic weapons on Japan in World War II, the government did not pursue development of the hydrogen bomb…until the Soviets successfully detonated an atomic device in 1949.

In 1945, the deployment of atomic bombs Fat Man and Little Boy on Japan changed warfare — and the world — forever. To date, these two bombings on the 6th and 9th of August 1945, during WWII, remain the only instance of the use of nuclear weapons during an armed conflict. Their use resulted in the ending of the war on the Pacific front. The immediate casualties are estimated between 129,000 and 226,000, most of them civilians. Follow-up deaths from radiation poisoning, cancer, birth defects, etc., and long-term environmental damage have brought the morality of nuclear weapons into question.

For perspective, the bombs dropped on Hiroshima and Nagasaki exploded with the yield of 15 kilotons and 20 kilotons of TNT respectively. The hydrogen bomb test launched on Nov. 1, 1952, however, yielded an explosion of 10 thousand kilotons of TNT.

Nuclear (A-bomb) and thermonuclear (H-bomb or hydrogen) weapons are the most powerful weapons in history. But what are the differences between these two types of bombs? The primary difference between the A-bomb and the H-bomb lies in the explosion process at the nuclear level. The A-bomb relies on nuclear fission while the H-bomb is set off through both nuclear fission and fusion.

The 1952 launch reinserted the United States’ advantage over the Soviets in the arms race until the following year, when the Russians tested a thermonuclear device of their own.