Fighter Pilot Lt. Amanda Lee is flying through barriers - We Are The Mighty 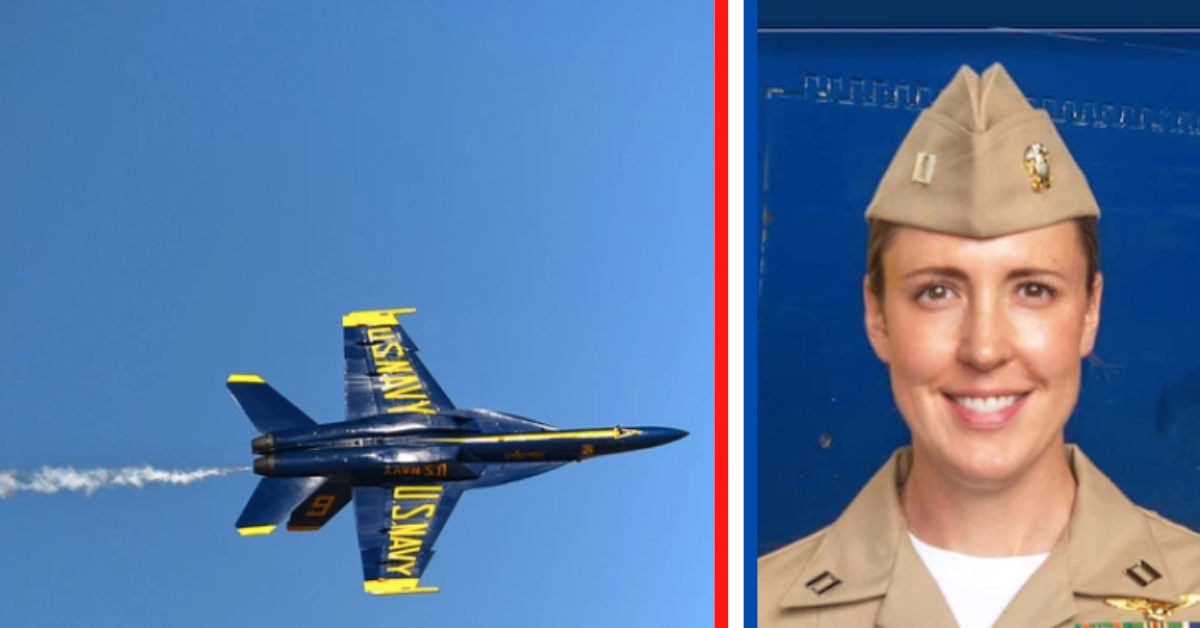 The Blue Angels were created in 1946 when the Chief of Naval Operations, Admiral Chester Nimitz, shared his vision of having an exhibition team. The goal was to encourage the public’s excitement and boost naval morale. And for over 70 years, it’s done just that! But in June of 2022 it added something new to the widely acclaimed show. U.S. Navy Lt. Amanda Lee made history by becoming the first-ever female F/A-18E/F Super Hornet pilot to fly with the Blue Angels.

A New Kind of Show

According to the official statement, it was a hard-earned position. “We had an overwhelming number of applicants from all over the globe this year,” Capt. Brian Kesselring, commanding officer and flight leader of the Blue Angels said. “We look forward to training our fantastic new team members, passing on the torch, and watching the incredible things this team will accomplish in 2023.”

Lee grew up in Minnesota and while attending the University of Minnesota, decided she wanted to join the Navy. Though she initially went enlisted, she was so successful as an Aviation Electronics Technician she was able to go through the Seaman-to-Admiral Commissioning Program, becoming an aviator in 2016. She deployed aboard the USS Harry S. Truman in support of Dynamic Force Employment Operation INHERENT RESOLVE not long after earning her wings.

17 officers serve as Blue Angels for a two-year term. Once they complete their assignment, they return back to the fleet. But for everything she’s done and will continue to do as a badass fighter pilot, Lee is absolutely MIGHTY.

To learn more about the Blue Angels and Lt. Amanda Lee, click here.