Today in military history: Boston Massacre - We Are The Mighty 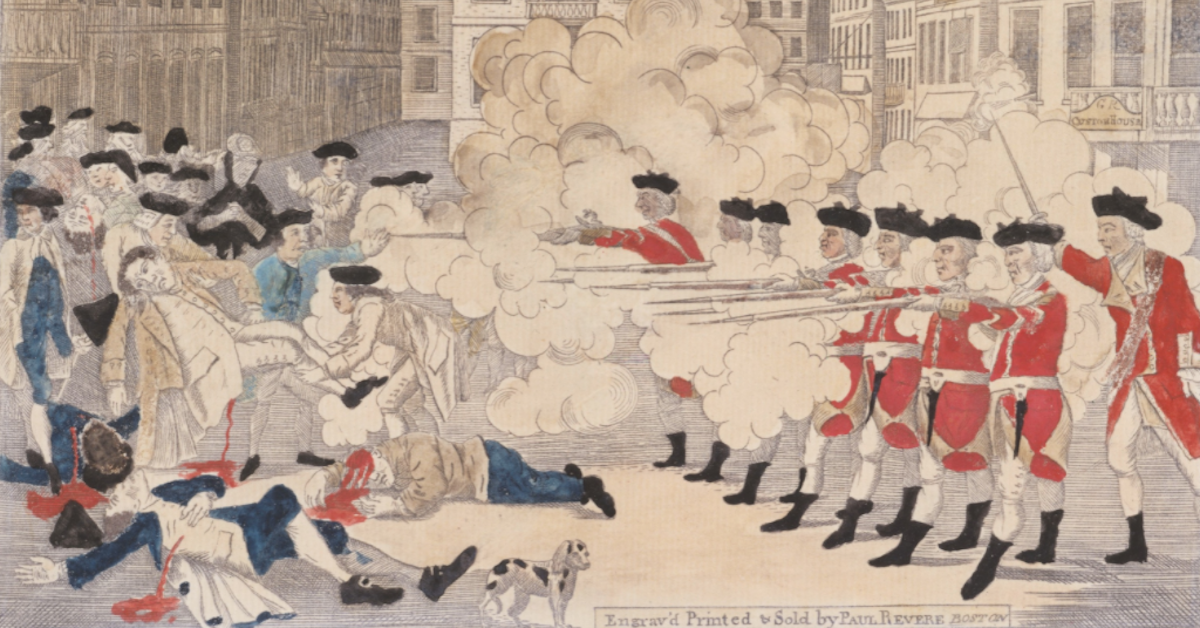 On March 5, 1770, British soldiers and colonial citizens clashed in the Boston Massacre.

The British had occupied Boston since 1768 to enforce the Townshend Acts — unpopular tax measures imposed by Britain. With more than 2,000 British soldiers occupying the small city of 16,000 colonists, resentment among Boston civilians was high — and a brawl with British soldiers the week before had left the city tense. To protest “taxation without representation,” colonists were known to vandalize stores selling British goods and voice their grievances towards merchants and their customers.

On the evening of March 5th, a mob of angry colonists gathered on King Street and harassed the lone British soldier, Private Hugh White, on guard at the Customs House. He called for assistance as colonists pelted him with snowballs, ice, and stones. Bells rang throughout the town — usually a warning of fire — sending colonists into the streets and eight more redcoats to White’s aid.

Accounts differ as to what happened next. One account claims that someone yelled “fire.” Another claims British Private Hugh Montgomery slipped on the ice and fell, discharging his rifle into the crowd and causing the rest of the Brits to open fire.

Whatever the case, once the first shot rang out, the soldiers let loose their weapons.

Five colonists were killed or fatally struck in the salvo. The British soldiers were put to trial, defended by John Adams and Josiah Quincy Jr, and two were found guilty of manslaughter.

The conflict would stoke the fires of anti-British sentiment and pave the way for the American Revolution six years later.