Buffalo Soldiers served as some of the first National Park Rangers 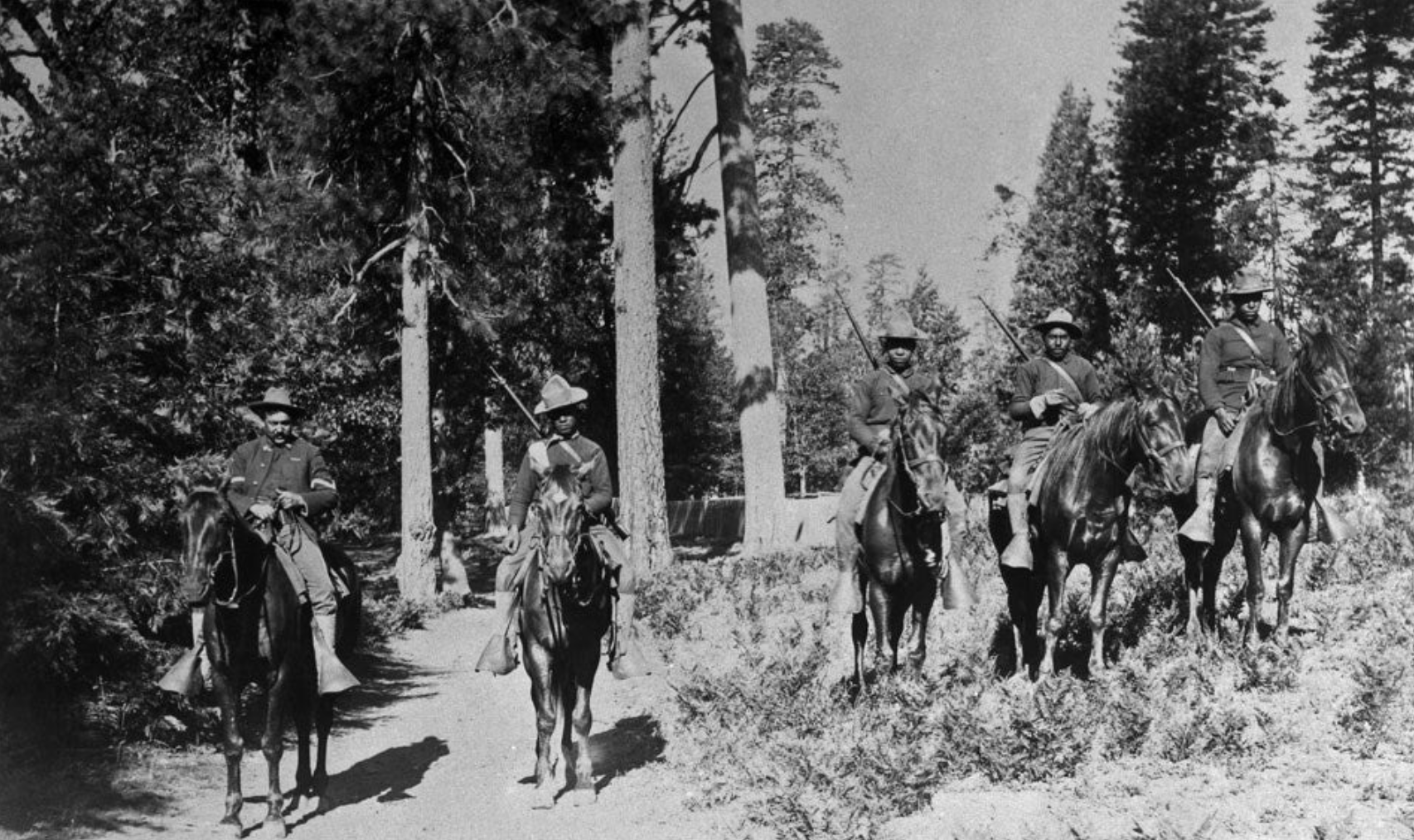 During the Civil War, approximately 180,000 African Americans served in the Union Army. However, after the war, they were not integrated into regular peacetime army units. Rather, with the Army Reorganization Act of 1866, African Americans were segregated into six Black regiments. By 1869, these six regiments were consolidated into the 9th Cavalry, 10th Cavalry, 24th Infantry, and 25th Infantry Regiments. Sent west to fight the Indian Wars, these Black soldiers were nicknamed Buffalo Soldiers by the Plains Indians for their dark and curly hair resembling that of the buffalo.

As the nation expanded westward, the preservation of nature became a topic of concern. In response, President Ulysses S. Grant signed the Act of March 1, 1872, establishing America’s first national park, Yellowstone. Subsequent parks like Sequoia and General Grant followed in 1890 and fell under the jurisdiction of the Secretary of the Interior. However, there was no National Park Service at the time and the job of protecting and maintaining such vast areas of land was a big challenge.

In 1891, the job of patrolling Yosemite and Sequoia National Parks was given to the US Army. These troops were garrisoned at the Presidio of San Francisco during the winter and served in the Sierras during the summer. The assignment was highly coveted with one officer referring to the Sierra Nevadas as a “Cavalryman’s Paradise.” Among the soldiers who protected America’s natural beauty were the Buffalo Soldiers of the 24th Infantry and 9th Cavalry. They served in both Yosemite and Sequoia National Parks in 1899, 1903, and 1904.

Historians estimate that approximately 500 Buffalo Soldiers served as Park Rangers during this time. Their duties included evicting timber thieves, extinguishing forest fires, and building roads and trails. Buffalo Soldiers also formed the ranks of the experimental 25th Infantry Bicycle Corps that rode from Fort Missoula, Montana to Yellowstone in 1896 to evaluate the use of bicycles in warfare. This led to the incorporation of bike patrols in the national parks.

The majority of the Buffalo Soldiers who served in the national parks were veterans of the Spanish-American and Philippine-American Wars. Despite their combat experience and federal uniforms, they still faced racial prejudice that made performing their duties that much more difficult. One notable Buffalo Soldier who served in the parks was Charles Young, the third African American to graduate from West Point. In 1903, he served as acting military superintendent of Sequoia National Park. His command also included the Buffalo Soldiers of the 9th Cavalry in Yosemite.

Under Young’s leadership, soldiers serving as Park Rangers curbed poaching and illegal livestock grazing in the parks. Their construction accomplishments include the completion of the first usable road into Giant Forest and the first trail to the top of Mount Whitney in Sequoia National Park. Also in 1903, the 9th Cavalry served as the escort to President Theodore Roosevelt on his trip from San Francisco to visit Yosemite. Some historians consider Young to be the first African American superintendent of a national park.

The Army continued to serve as the official administrator of Yosemite and Sequoia National Parks until 1913. In 1916, the National Park Service was created and took on the responsibility. The new organization carried over many of the practices started by the Army, including the now iconic campaign hat worn by both Park Rangers.