7 reasons immigrants should serve in the military 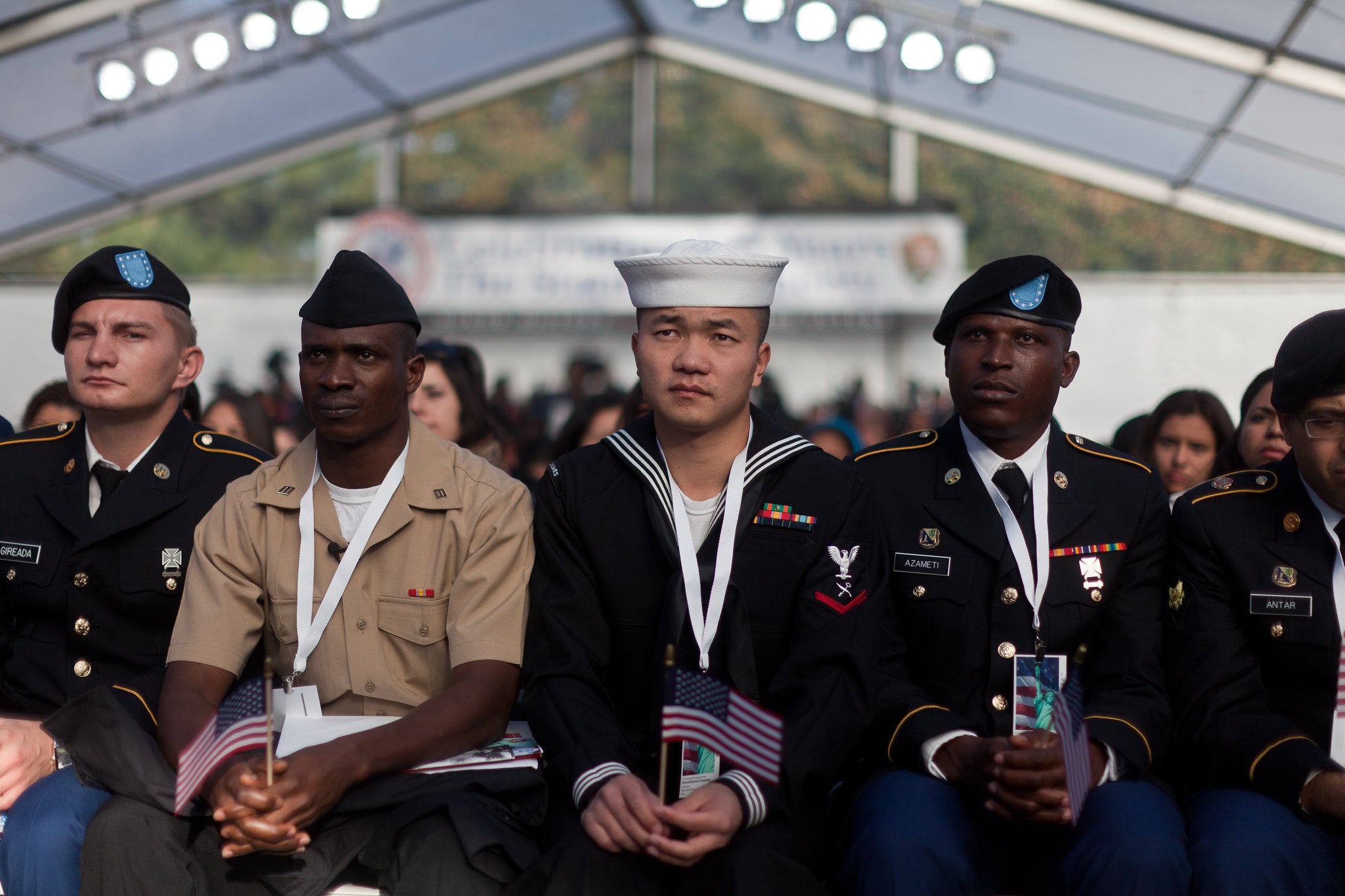 Here are 7 reasons immigrants should serve in the military:

1. The military is a melting pot

Joining the Armed Forces will expose you to different languages, cultures and religions. It brings people together who would otherwise never have met to form lifelong bonds. I’ve interacted with people from every walk of life. I’ve seen prejudice people change over the course of time after they realize they came from a bubble. That stereotypes are a two-way street; you won’t jump to conclusions as quickly such as; some people are not racist, they’re just a**holes.

2. You will understand the culture better

I’ve never gone hunting before until I went on leave with one of my buddies. I learned that ‘can’t have sh*t in Detroit’ is more than a meme. My Jewish peer had kosher MREs – and they’re delicious. There are so many things that make Americans who they are, and you can explore all the regions of the U.S. with people who have your back. I admit I didn’t like country music before the service but that was because I was only exposed to bad country music on the radio. You get to try so many kinds of foods and treats by sharing care packages with one another. You ‘get’ people better.

3. Life as a civilian will be easier to navigate

Learning to get along with the troops during training and deployment is different than getting along with civilians. You’ve been baptized in fire and most civilians have not. It doesn’t mean they’re less or weak, just different. Handling difficult personalities is a trait that will get you far in life. You can also choose to just ignore difficult people and carry on. The years in the service will give you the experience to read people better and choose whether to engage or not.

4. You gain a new family

When I joined the military it was just my mother, stepfather, and I. My sister wasn’t born yet and seeing large groups of families support their kids stung a little bit. When you’re a first-generation immigrant you don’t have the luxury of a support system. No one was there to see me off or welcome me back from my first deployment. Not a pity party, just facts. On my second deployment, I had a group of friends from other units and my then-girlfriend waiting for me. By the time I returned from my final deployment there was group as big as the others – all American, all Marines. When you join the military as an immigrant you’ll never be alone ever again.

If you know languages that are critical to the mission of the United States you can earn extra pay. You can also attend language classes with permission from your unit free of charge. (Unless it’s Spanish — believe me, every Latino tried).

6. Job skills learned in the military are useful when you get out

The job skills learned in the military will be able to give you an advantage when you join the workforce or college after your service is over. Even the skills learned in the infantry transition well into the entertainment industry. The chain of command of a movie production team is very similar to that of an infantry battalion.

7. No one can question your patriotism

This one is self-evident, when you join the military as an immigrant you do not inherit your freedom, you forge it with your bare hands. The Star Spangled Banner sounds sweeter, the flag waves higher and no one can question your loyalty to our great country. I became a citizen on active duty — I’m in my uniform on citizenship certificate photo. When you are legally eligible there are no roadblocks, just fair winds and following seas.