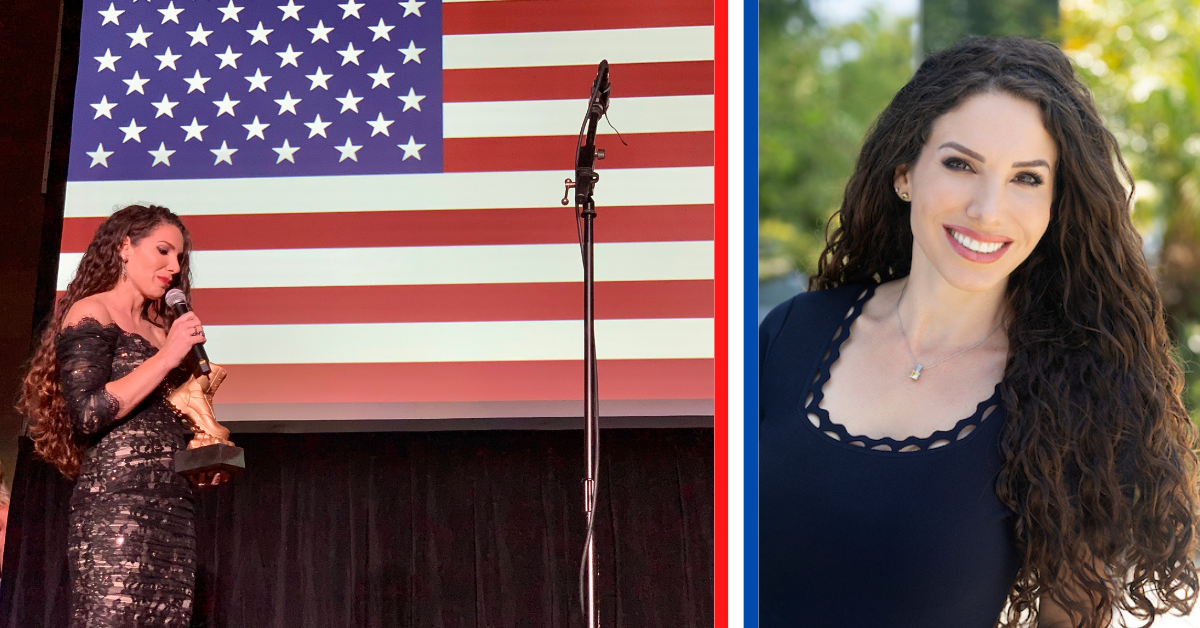 Antoninette Balta not only served as a JAG officer for the California State Guard but dedicated her civilian career to serving the military community, too.

“My parents immigrated to the United States from the Middle East in the 70s and my dad was a foreign combat veteran himself,” she explained. “Rather than going to Vietnam, he was welcomed into the United States to train the National Guard in guerilla warfare.”

Her Lebanese family always talked about how lucky they were to be Americans.

“Sometimes I travel back to the Middle East. I have firsthand experience at the difference in opportunities specifically for women when it comes to different freedoms that we have. It makes me extremely grateful to be born in a country where I don’t have to worry about things that we take for granted,” Balta said. “I come from a family that has no education. Neither of my parents made it through high school and neither spoke English till they came here. My mom is the first of nine kids, they were farmers. My dad is the youngest of six and they were in the inner city, extremely poor and lived in the ghetto. But they came here and worked hard. I was the first woman in my family to be able to get an education.”

It was those lessons and experiences which would guide her to want to make a difference for those who fight to preserve freedom.

“I felt very compelled to do my part so I served six years in the California State Guard and five years as a JAG officer. The unit is quite successful because what they do is essentially provide legal aid to active duty and reservists in the California National Guard and it’s much needed because legal services are very expensive,” Balta added.

Giving Back Is a Priority

“I used to volunteer at the National Guard Armory which in Orange County [California] is one of the only emergency shelters in the winter. I come from a patriotic household so to me if you’re a veteran, that’s a big deal. It means you’re a leader,” Balta said. “I was really shocked when I was volunteering that a lot of these men and women were wearing military affiliated clothing  indicating they had served. There were especially a lot of Vietnam, Korea and even some World War II veterans.”

After doing extensive research, she approached Equal Justice Works about doing a legal project specifically for veterans and it would lead to a brand-new path. About a decade ago, she founded the Veterans Legal Institute.

“We provide free legal services to veterans, active service members and reservists who are low income and homeless,” Balta shared. “It was a good fit for me to kind of expand my reach in terms of people that I can touch with the talent that I have, and the education that I’m privileged to have and to be able to use my education as a tool to serve.”

Since its founding, the Veterans Legal Institute has served over 9,000 veterans and their families. The services are completely free and there is a high focus on outreach, leadership and empowerment.

So, why did Balta choose law to focus on? “My mother told me I had to choose between being a doctor, an engineer or a lawyer,” she laughed. “I couldn’t stand the sight of blood and didn’t understand what engineers really did. But I’ve always loved to read and people said I was good at arguing so it seemed like law was the way to go.”

Using the Law to Serve

But more than choosing an approved profession, she said law allowed her to help people in a way she’d always dreamed of. “I did a lot of charity work through my church growing up. I feel like I have a calling to work with the homeless and mentally ill population becauseI think it’s one of the very few things that I’m good at. Mainly because I feel that I’m able to connect with people that are in crisis,” she explained.

In 2018, Balta graduated from the Presidential Leadership Scholars Class. She’s also a fierce advocate. When she discovered she couldn’t use specific state funds set aside for legal aid because veterans’ disability or retirement income disqualified them – she got the law changed.

“Veterans Legal Institute co-sponsored the bill which as of January 1 of 2021 exempts service connected compensation or disability from eligibility for IOLTA funded legal aids. This basically means veterans throughout the state of California those who otherwise don’t qualify for legal aid because they’re discriminated against based on their disability now can access that justice,” she explained.

As she reflects on the work that got her to where she is today, she sees hope in the new generation of do-gooders.

To learn more about the Veterans Legal Institute, click here.