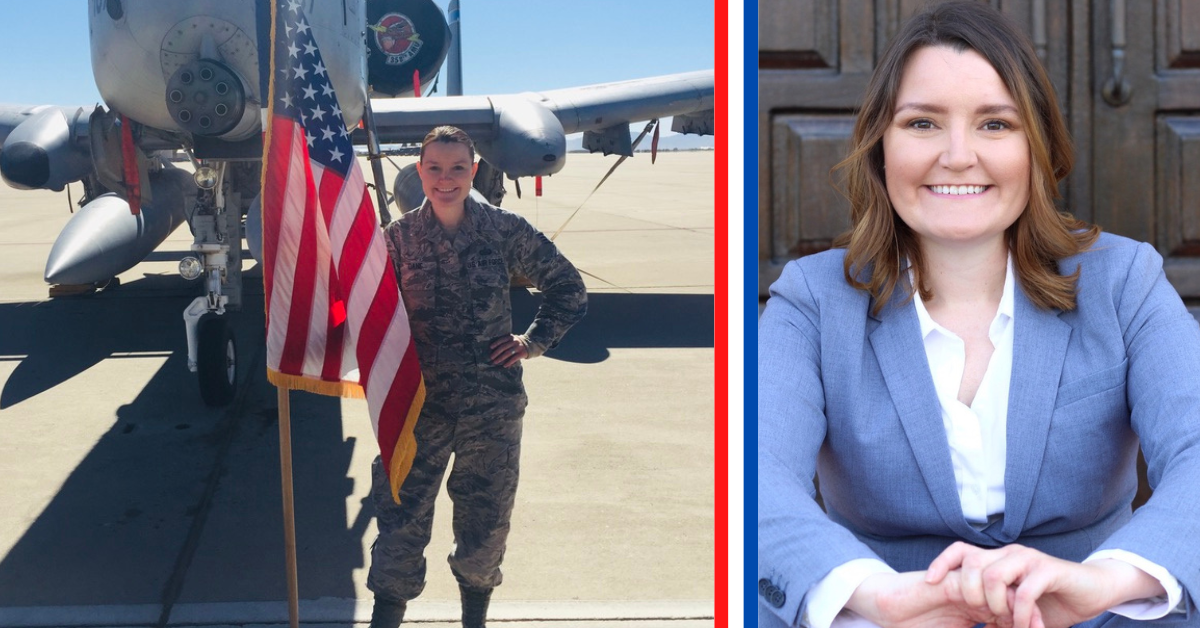 When Jennifer Dane signed the paper regarding what she termed “no homosexual conduct” during her enlistment – it was the only document that gave her pause. It was something that would change her life.

“I grew up in West Texas which was very conservative. Nobody in the family had ever served other than my grandparents. When I was 13-years-old I thought I wanted to be a senator one day,” she laughed.

But instead, she found herself feeling unfulfilled in college and made her way to the Air Force recruiters office. “In my mind if I was ever going to serve the country in politics I should really serve the country and that meant the military,” Dane explained.

After completing basic training and arriving at her technical school, she experience a sexual trauma. “I reported the incident. Did the whole process of everything and was really shamed the whole process. Was told constantly that it didn’t really happen. Because I was serving under ‘Don’t Ask Don’t Tell’ there was no way for me to fully explain why I would have never consented to him,” Dane shared. “During the trial – the defense asked me if I was gay. I couldn’t tell the Air force the truth.”

She would be one of the last to be investigated. In 2010 the repeal of “Don’t Ask Don’t Tell” was signed into law and took effect in 2011. “I feel like the experience on trial was more traumatic than the actual sexual trauma,” Dane admitted. “When I left the military, I was so disengaged and I didn’t want anyone to know I was a part of the military.”

While she was in though, she went all the way in college – earning her master’s in about four years. Dane decided to enroll in a PhD program for education policy at Ohio State University. It was there she finally processed what happened to her and began to speak for herself – and others.

“There was this random opportunity to be a community advocate on the campus. It was my first time I really engaged with military life. I got to sit in the sexual violence office of Ohio State,” she shared. It would lead to a role with the American Military Partner Association and eventually, an Executive Director position with Modern Military Association of America.

According to its website, MMAA formed through the merger of the American Military Partner Association and OutServe-SLDN, the Modern Military Association of America is the nation’s largest non-profit organization dedicated to advancing fairness and equality for the LGBTQ+ military and veteran community. Through education, advocacy, and support, we are making a real difference in the lives of LGBTQ+ service members, military spouses, veterans, family members, survivors and caregivers.

A New Kind of Service

“I never thought my life would end up back in the service, so to speak, or advocating in the way that I have. And definitely growing up in West Texas, I didn’t think that I would be open with being gay,” Dane shared.

Though she was riding high with her position, advocacy and life – things changed rapidly during the pandemic. She went through a difficult break up after a seven year relationship, struggled with alcoholism and even suicide ideations. Dane called the Veterans Crisis Helpline and got support, working through it.

“Although our organization advocates for LGBTQ rights, I think at the heart of it is, we’re making sure that we’re serving veterans and service members first,” Dane explained. “We make sure that we honor their memories and legacies and remember what they’ve done. It’s important to reflect back about the changemakers of the LGBTQ community, especially in the military. Because I’m where I am today because of those stepping stones from others.”

MMAA offers educational scholarships, legal support, LGBTQ competecy training and community connections. Dane is proud of how far she and the team alongside her has come in advocating for change but knows there’s still work to be done.

Kindness Can Change Everything

I think the biggest thing that at least in this community – I tell people all the time, too, is to just take the wins when you can. I just want the experience to be better for the next person,” she said. “I hope that everything that we’ve done to this point means I don’t have to advocate for LGBTQ folks, that they’re just included. I think that the goal of advocacy organizations is to work yourself out of a job. But at the very least I think my goal is to make sure that we right the wrongs of the past. We can start by simply being kind to each other.”

To learn more about the Modern Military Association of America, click here.