Lester Lumbad founded the Veterans Chamber of Commerce in Nevada 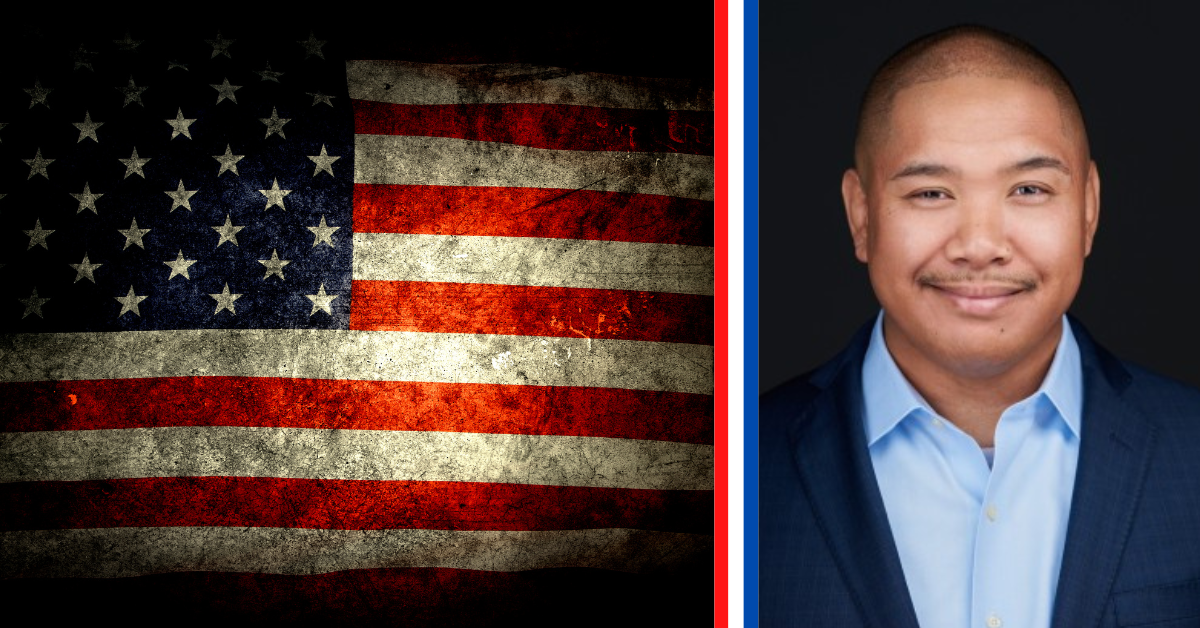 As the founder of the Southern Nevada Chamber of Commerce, Lester Lumbad is a leading champion of promoting veteran-owned businesses and resources. He credits his experience as an Airman and a military spouse for bringing him to where he is today.

“I grew up in San Diego and my dad actually retired from the Navy and joined when he was still living in the Philippines,” he explained. “There was an opportunity for Filipinos to earn U.S. citizenship through enlisting to support the Vietnam War. My dad turned that initial opportunity into a 24-year career and retired as a Master Chief.”

A Legacy of Service

His father’s story of service was an inspiration for Lumbad.

“I joined the Air Force and started my career as an electronic warfare technician. Served about seven years altogether and finished up the last two years in intelligence over the Air and Space Intelligence Center at Wright Patterson Air Force Base,” he said.

Taking his top-secret clearance to Raytheon, he spent six and a half years with the company. As he transitioned out of the military, his wife commissioned right into it as a doctor.

“We ended up spending seven years in the Washington DC area for her initial training commitments and education. Once she finished in 2011, it brought us to Yokota Air Base in Japan. From there it was a hard transition point for me,” Lumbad explained. “When we left for that first overseas assignment for my wife’s commitment, that’s when I immediately noticed how hard it was for spouses. I went from being employed and not employed. Living overseas I quickly started to realize everything that had to be sacrificed on my side in order to make things work living overseas. I became a stay at home dad.”

They had four children and two back to back overseas assignments. His security clearance had expired at that point and he wasn’t sure what he wanted to do. They were stationed stateside in Nevada where his wife was going to finish up her commitment. The couple quickly fell in love with Las Vegas and decided to establish their roots there.

“I figured anything related to the defense industry was just going to be closed to me, especially with four kids. It was here that I started to realize entrepreneurship might be the path for me,” he explained. “I learned regardless of what brands you’re partnered with that if you don’t have a connection to resources in the community geared toward helping people be successful then it’s gonna be really, really difficult.”

Lumbad took his challenges and lessons learned, and began to inquire about a veterans chamber in Las Vegas. Realizing there wasn’t one, he decided to make it a reality. Formed in 2021, he is now the President of the Southern Nevada Chamber of Commerce.

“Sometimes the things that don’t work out are a blessing in disguise. It’s important to focus on finding that thing that’s going to connect you to something that you feel like you can be successful at outside of the service,” Lumbad shared. “It’s my goal to ensure we are promoting increased visibility for resources for veterans but also making it less complicated and overwhelming for them to access it all.”

It’s his ultimate goal to help create a wave of success for veteran entrepreneurs.

His biggest piece of advice for transitioning veterans was pretty simple: make a plan. “I started planning around 18 months before I transitioned out of the Air Force. I was lucky in that things lined up well for me,” Lumbad said. “Sometimes that just doesn’t happen for folks and they don’t have a clear idea of which path they want to take. Which just means that you have to take more time to create a plan but also make sure you are considering pursuing entrepreneurship. It can take time but the goal is to be patient and really take the time to pursue purposeful living.”

To learn more about this MIGHTY veteran Airman, click here.