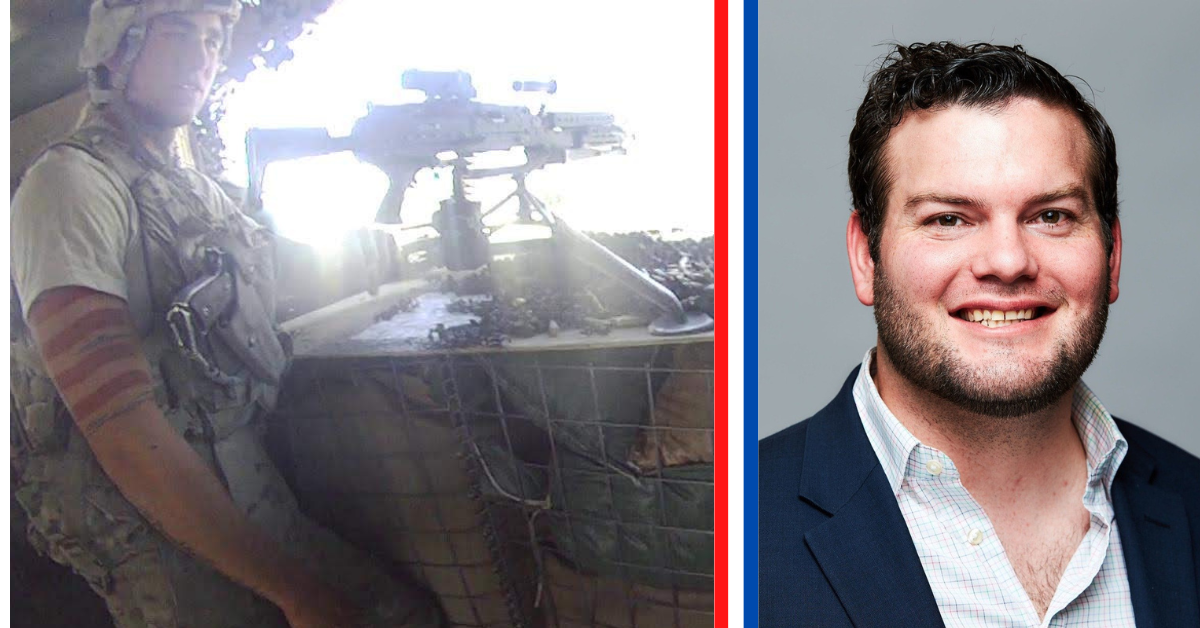 Mike Hutchings may have landed the role of CEO for the biggest veteran connector ever, but he was MIGHTY long before.

After commissioning in 2010 – Hutchings spent five years as an infantry officer with the Army’s 82nd Airborne. Known for his leadership in combat while deployed to Afghanistan, he was awarded the Bronze Star Medal and Valorous Unit Award for his work. With his dedication and strategic planning of over 300 combat missions, it’s easy to see why.

Transitioning out of uniform led him to a four year stint with GE Transportation. Despite success in his career, he found himself looking for purpose and more engagement within the military community. His quest brought him to various veteran nonprofits before landing a position with Houston-based Combined Arms as its chief development officer in 2019.

Combined Arms was founded with the core mission of bringing veteran focussed nonprofits, agencies and communities together. With a commitment to making it easier for the military community to access resources, the formula has created endless opportunities.

“We built the platform out enough to bring on member organizations, which are all vetted and validated the top 1% of all veteran nonprofits, to then serve and connect with those veterans that need resources. And we put it all on the back end of the system,” Hutchings explained. “It drew enough attention from the state of Texas that the state of Texas invested in Combined Arms model to expand across the entire state, which is what created the Texas Veterans network.”

Labeling the nonprofit as a single interconnected state, Hutchings is proud of the ingenuity but more than that – the elimination of overwhelming red rape or lack of responses. “We hold all of the organizations that serve you accountable. They have to respond to your request in 72 hours or less and start delivering the services,” he shared. “We’ve flipped the social service delivery model on its head, honestly. We really serve as the catalyst for people to get connected to what they need in a very timely fashion, with complete accountability and transparency across the spectrum.”

Another vital part of the organization lies within its dedication to community building. Veterans reporting missing the comradery of the military as one of the top reasons for struggling during transitioning out of service has been well documented. Combined Arms has created a solution. Its community leadership program not only increases opportunities for veterans but ensures no one ever feels alone.

Though only Texas and South Carolina at the moment, Hutchings discussed the goal of making it to every state in America. “What we found is an opportunity that organically came to us to take what we’ve bundled and packaged in the state of Texas and then deliver and deploy it to other states,” he explained. “What’s interesting about this model is we’re transforming the way nonprofits do business and are thought of as doing business because we don’t intend to be the owner operator to the states that we scale. I’m not going to go into, say, South Carolina and tell them this is the best thing for your veterans.”

By deploying technology and building the platform for states around their needs, it allows for better accessibility and more success. “We have 17 different states in different phases of the pipeline right now from RFP, contract negotiations, meetings, demos of the technology, so on and so forth. So we’re scaling incredibly fast,” he added.

Another component Hutchings is proud of is Combined Arms’ data points, which reach a staggering almost 3 million.

Taking Care of the Military Community

“Data drives everything that we do. We have around closer to 3 million data points on the veteran community, which shows us in real time the needs and demands of what veterans are requesting across the United States. Traditionally, you’d have to wait on census data, research data from the VA or things of that nature. Now we see by spikes, what people need, and then can real time collectively move resources to cover down on that,” he said. “Unfortunately, the biggest need right now is food insecurity. We’ve seen tremendous spikes of food insecurity for active duty, guard, reserves and within the veteran community. It’s allowed us to do mobile food pantries, within a couple of days of getting the spikes of organizing mobile food pantries with our partners and feeding upwards of 300 individuals, and then their associated families. That’s all within a couple of days of getting the data spikes.”

As the organization leans into the future and further development, Hutchings has high hopes for what the team will accomplish.

“Combined Arms is more than just a passion project or even like a form of employment. I see the opportunity for the organization to completely change the way that veterans or military families are served globally. I see the concept of combined arms and the foundation of combined arms as a catalyst to change the way that we treat and we serve our veterans and military families,” he shared. I’ll go on record saying that it’s an obsession for me and I couldn’t be happier with what I’m doing and couldn’t be more excited with the amazing staff and incredible board of directors that we have which are helping to get us there.”