MIGHTY 25: John Boerstler is the Chief Experience Officer of the VA and always a Marine 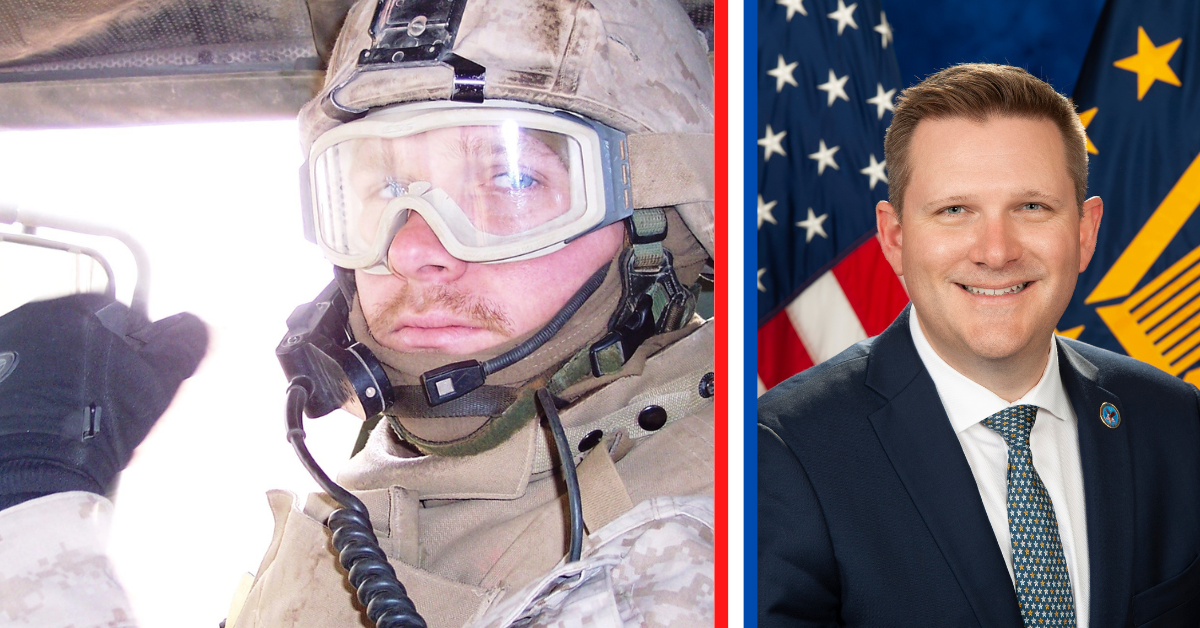 John Boerstler was sworn into office as the Chief Experience Officer of Veterans Affairs in 2021. But before taking over this role, he built a legacy of extraordinary service to his country and his fellow veterans.

He was a native Texan and proud Marine first. Both of his grandfathers served in the United States Navy. Boerstler joked that they’d roll over in their graves knowing he chose the Marines.

“I joined the Marine Corps at a very young age because I wanted to serve my country and it was a smaller but elite force, I loved the culture and the ethos. It was before 9/11, a couple years before, so things changed dramatically after that. Then deployments happen and you come back and you try to take the next step in your life,” he explained.

After serving from 1999 through 2007, John Boerstler hung up his uniform to work on Capitol Hill as a staffer. “I got to learn everything there everyone would want to know about serving veterans and their families and military folks on the constituent services side,” he said. “It gave me a chance to understand not only the benefits but also the challenges that veterans face when making that sometimes difficult transition from military to civilian life.”

It led to a role working in the mayor’s office in Houston, a city once leading the country in veteran population. “We were tasked with figuring out how to plug them into the necessary resources in order to make a successful transition from military to civilian life,” he added.

Finding the Next Chapter

John Boerstler branched out in business, working his way through launching nonprofits and companies. In 2009, he co-founded the Lone Star Veterans Association which eventually became the largest network of Post-9/11 Veterans in Texas at the time. One of the other organizations he co-founded was Combined Arms, a well-known organization utilizing technology platforms to connect veterans with resources. He was it’s CEO until he received a call about working for the VA.

The rest, as they say, is history.

“If there’s one opportunity to really think about how we can fundamentally reform the transition experience, as well as many other customer experiences that veterans and their families have, then this is my opportunity,” he shared. “I’ve been doing that for almost two years now. And it’s been a phenomenal experience in itself.”

Given John Boerstler’s service in the Marine Corps and being a VA consumer himself, it gives him a unique lens for his position. It was the lessons learned in uniform which he carries with him today.

“There will be lots of problems to solve and lots of challenges to overcome. If you always have the veteran and their family at the center of everything you do, just like you have your Marines at the center of everything you do, then you’ll be successful. Using those things is important,” he said. “I think trust in general is the currency that we operate in as small units in the Marine Corps and trust is actually our currency here at the VA. Our net promoter score here at VA is we publish trust scores and we measure that out on how much veterans and their families trust us to deliver the benefits in the care that they have so rightly earned. I think it’s critically important we maintain trust no matter what.”

In the almost two years since he took on the job, he said he’s extremely proud of the work the team has done to transform the veteran experience with the VA. At the top of the list is the eight month human centered design to better understand pain points.

“Drawing from those insights we caught the attention of the folks across the street from the VA central office, which is the White House and the President. Within the President’s management agenda, they asked us to include some objectives specifically related to improving the military to civilian transition experience but not just within VA,” Boerstler said. “So now we’ve embarked upon this two year sprint, where we’re going to make these significant changes over the course of these different blocks of time and we’re going to be focusing on improving the transitioning process itself. With the goal of making it a more immersive experience, ensuring we’re getting the right curriculum and materials in front of transitioning service members.”

So, what would surprise folks to learn about this forward thinking leader in the VA and badass veteran Marine? He’s obsessed with English football (soccer). “I’ve been a fan for like 30 years and it used to be really difficult to watch the games. You had to go to some obscure pubs during the wee hours of the morning to catch one,” he laughed.

As for the future – John Boerstler said there’s no greater mission for him now than to continue to stand up and take care of his brothers and sisters.

To learn more about the Chief Experience Officer for the VA, click here.