MIGHTY 25: Retired Army CSM Lindsey Streeter is all in on the business of serving 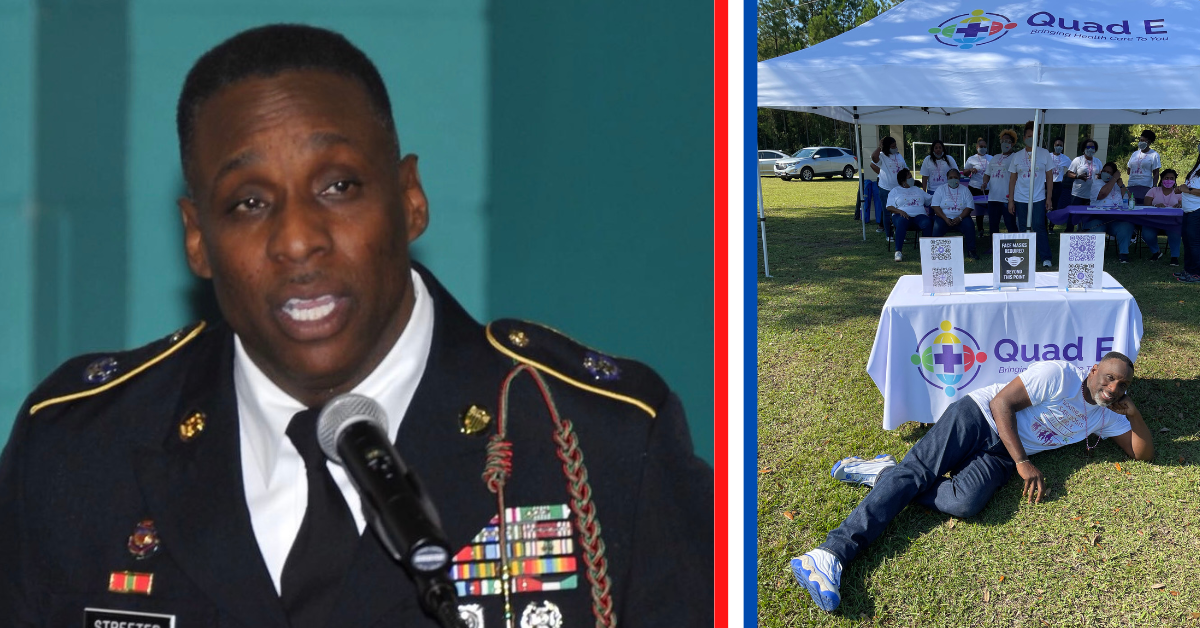 Lindsey Streeter retired from the Army as a Command Sergeant Major after serving for 31 years. It was his early years as a soldier which would shape him into the successful Bank of America Executive he became.

Life as one of seven children growing up in the housing projects of Washington, D.C. was a rough start for Streeter. But despite their surroundings, his family stressed the importance of values and giving back.

“My earliest memories take me back to being 5 years old and singing Christmas carols in front of a department store to raise money to build Washington D.C,’s Children’s Hospital,” he shared. “30 years later, my niece was hit by a car and spent over a month in a coma. She ended up surviving and it was that children’s hospital that saved her life. So yeah, the importance of service was really instilled in me as a young boy.”

Finding a Way to Serve

When Streeter made the decision to enlist in the United States Army at 18 years old, it felt natural, though he never imagined spending over three decades years in uniform. But when he retired in 2016, he was ready.

“Bank of America made me an offer to come in through a transitional program as a vice president and that initial invitation led to this particular role as the head of Military Affairs,” he said. “In this role, I get a chance to truly give back that I helped veterans and military families that are in transition in the areas of jobs, education, wellness and housing. I look at the veteran population at Bank of America and I’m their guy. I make sure that that the culture is right for them, too.”

Continuing to Give Back

Streeter is also a proud Army Reserve Ambassador for the state of Georgia. “I advocate on behalf of Army Reserves men and women that serve in this state. And then I run my late wife’s nonprofit, where we provide health care screening and education to the underserved populations here in the state as well. There are a lot of things that keep me busy,” he laughed.

In 2022, he had the chance to purchase a basketball team, the Savannah Hurricanes. It’s a passion and another way for him to give back to the community, too. “We give back that way to youth by running camps here in the area and then providing a platform for our pro level guys to have other opportunities outside of our league playing internationally,” he explained.

Despite his busy schedule, Streeter has made the time to remain a fierce advocate for the issues impacting the military community.

“I really felt the brand and power and commitment of Bank of America really came to my rescue. I’m forever thankful and grateful to this company. George Bush Institute, my personal leadership project that I’m working on, will address military spouse unemployment,” he said. “It’s a huge problem. And something that I believe warranted some time and attention.”

Streeter is championing the cause of making military spouses protected citizens and creating tax breaks for companies who hire them. It’s a reality he faced himself when he was a soldier.

“It’s a play on readiness as well because we’re living in a time where you need two incomes and you’re putting that service member in a very awkward position to make a choice between two incomes and supporting their mate who has a career or staying in the military,” he explained. “I was married nearly 30 years and there were often times that we struggled, especially when our lifestyles have become dependent upon those two incomes and then one PCS move would send us into one income for a while. It was hard.”

As he looks back, it’s hard not to connect the moments where giving led to the best best thing. Streeter credits the military with creating the learning environment to find it.

“I think the diversity of the military exposed me to so many different people from so many different backgrounds. I learned to listen, pay attention more importantly, to understand people that didn’t look like me that didn’t grow up like me,” he shared. “I think that was my biggest takeaway from my time in service. It was all the elements of humanity, the empathy, the compassion, the emotional intelligence. It was all those attributes that come along with a huge lesson in humanity.”

When he’s having a bad day – it leads him to trying to do something good for someone else. This always seems to recenter him in ways he never imagined and it’s a lesson he hopes to impart on everyone he encounters.

“I think we live in an interdependent world. And we need each other,” Streeter said. “We’re all intertwined, whether we know it or want to accept it or not. I believe as soon as we can figure that part out, we’ll get somewhere.”

You can learn more about this amazing retired soldier by clicking here.