Remi Adeleke is on an extraordinary mission to stop human trafficking

MIGHTY 25: Remi Adeleke is on an extraordinary mission to stop human trafficking 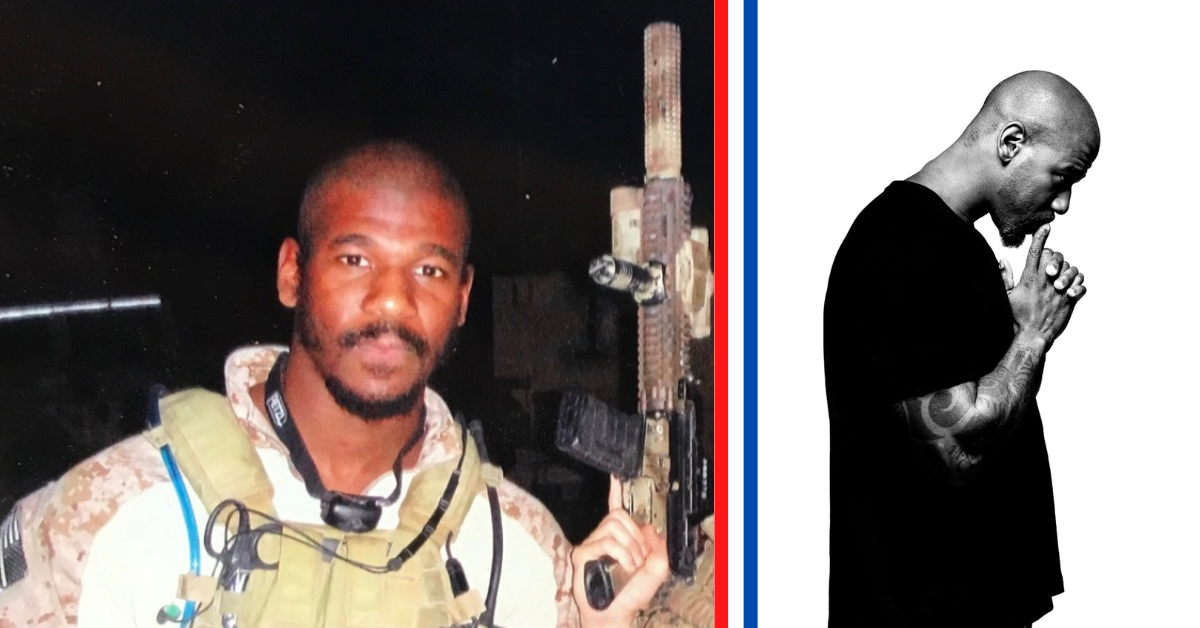 Remi Adeleke is a lot of things. Navy SEAL veteran, actor, best-selling author, speaker and filmmaker. But he’s added a new title to his list of accomplishments: activist.

Before he was all of these things, Adeleke was basically African royalty. “I was born in Nigeria to a very wealthy family. We had nannies, cars, drivers and absolutely lived a life of luxury. But in 1987 they stripped my father of his most valuable asset,” he shared. “Most of his wealth was wrapped up in it so we went from riches to rags and then my father died a few days later. My mom was an American so she permanently relocated my brother and I to the Bronx, New York.”

It was a rough upbringing and the Bronx was known as the epicenter of “ruin” in the 1980s.

“I sensed a void in my life and tried to fill it with street culture and gang life. It started off with me stealing from my mom, jobs and eventually I was selling drugs. By the time I was 19years old, I had built an enterprise which was bringing in thousands of dollars a week,” Adeleke admitted.

Heading Down the Wrong Path

But in December of 2001, he was involved in a drug deal gone wrong. It led to not only his life being threatened, but his mother’s too. “At the same time, there were people who were getting caught and prosecuted for the same crimes that I was carrying out. They were getting sent to federal prison,” he said. “Between those two situations, people going to federal prison and my life being threatened, it was a huge wake up call for me.”

Adeleke made his way to the Navy recruiter a few months later. Though he passed his ASVAB test – his background check came back with two warrants for his arrest. Terrified, he ran towards the door but stopped when the recruiter called him back.

“She asked if I had a collared shirt and nice pants, then told me to come back the next day. Growing up in the Bronx, I had to learn how to read people. How well you have to read people can mean the difference between life and death,” he explained.

Feeling her intentions were pure, he showed up.

“We got in her car and she drove me to the judge in New Jersey. She told him I’d made mistakes but was trying to serve my country and had potential. An act of war had just happened 9 months before,” he shared.

The judge listened and made the decision to expunge his record. It would change his path in ways he’d never imagined. After finishing basic training, he listened to a SEAL give a presentation about what they do.

“I knew I wanted to do it. The problem was I couldn’t swim, didn’t have the academic scores and was too skinny,” Adeleke laughed. “I worked relentlessly to get into shape and how to swim. I got the ASVAB for dummies book and studied that hard. A year after checking into my command at Camp Pendleton, I was checking out to go to BUD/s.”

Once he made it out of “hell week” Adeleke said he got cocky and started doing a lot of things on offtime that he shouldn’t have. It caused him to get kicked out. A year later, he was back and ready to take it seriously.

He earned his trident and was assigned to SEAL Team 3 from 2002 through 2016, when he transitioned out to focus on his family and attend graduate school. Just a few months later he got a call asking if he wanted to work on Transformers: The Last Knight. “That’s kind of where my film and TV career started,” he added.

Adeleke had appearances in movies like 6 Underground, Invasion, The Terminal List and even a spot in the SEAL Team television series. Then he wrote a memoir about his life, Transformed: A Navy SEAL’s Unlikely Journey.

“I never thought I would even make it out of the Bronx. That was common with city kids,” he shared. “I believe you can accomplish anything with hard work and ethics.”

Though he is busy writing, directing and acting – advocating for an end to human trafficking became a new passion. “I was in the Dominican Republic in 2018 and we were in this particular slum where the parents sell their daughters to sex traffickers,” Adeleke said. “The liaison with us could sense my confusion on how these parents could do this so he pulled me inside of a building that had a casket with a 6 month old baby. ​​He explained to me that the baby had died because the mother wasn’t getting enough food and water and sustenance so her milk dried out. She used formula and mixed the formula with the water. And the water in the slum was bad, like deadly, that’s what ended up killing the baby.”

It was here he saw the desperation in the lives the parents were living. “I got deeper into human trafficking and specifically organ harvesting, which is what I focus on, that is the trend. A lot of the victims are desperate and traffickers prey on people who are vulnerable,” he said.

Knowing the power of film to tell a story and create change, he knew what he wanted to do. When none of the avenues he explored wanted to finance or produce the project, he decided to make it happen on his own.

The Unexpected is based on a true story, written and directed by Adeleke. The film is a heartbreaking look at the reality of human trafficking and organ harvesting, happening in our own backyards.

“We all have the ability to, especially as Americans, raise our hands down and pick somebody else up,” he shared. “Do what you can with what you have.”