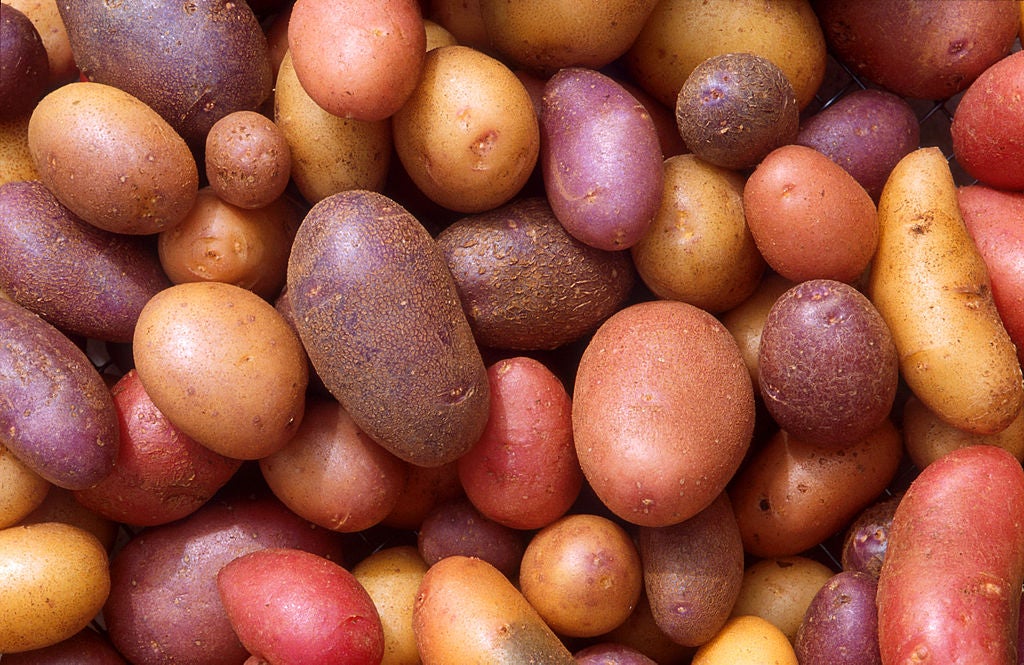 The USS O’Bannon was named for the legendary Marine Corps hero Presley O’Bannon, who famously led a ragtag group of Marines and mercenaries in a daring overland expedition to surprise an enemy in North Africa. The World War II-era destroyer became a ship worthy of its namesake just a year after it was launched, surprising an enemy Japanese submarine – not with cunning or guile, but with potatoes.

O’Bannon would also serve in the Korean War and in Vietnam.

It’s not as if the O’Bannon didn’t have real armaments. The ship carried 17 anti-aircraft guns, torpedo tubes, depth charges, and .38-caliber deck guns. O’Bannon was a floating death machine. It just so happened that its potato store was all it needed in this one instance.

The ship had been running support missions in the Pacific Theater since it was launched the previous year. After the O’Bannon joined in the shelling of the Solomon Islands in 1943, it was cruising its way back to its home station in the middle of the night. That’s when it came upon the enemy sub known as RO-34.

RO-34 had no idea the Fletcher-class destroyer, a good-sized ship displacing 2,000 tons and carrying a buttload of weapons at its disposal, was in the vicinity. RO-34 was moving along, on the surface, as its crew dozed silently. O’Bannon had the drop on the enemy boat. And yet, despite the O’Bannon’s buttload of weaponry, the skipper decided to ram the submarine instead.

As the destroyer careened toward the submarine that was half its size, ready to send it to the bottom, someone aboard the U.S. destroyer surmised the sub could be a minelayer and take the O’Bannon to the bottom of the ocean in the resulting explosion. The ship turned rudder in a hurry, only to find itself now alongside its determined enemy. They were too close to use that buttload of weapons – or even their sidearms.

The Japanese naturally flipped the f*ck out when they realized they were next to an American destroyer. They scrambled, running for the ship’s deck guns, which were the perfect weapon to use on the O’Bannon. The fortunes of the battle just changed 180 degrees. They needed to buy time to keep the enemy away from the deck guns while creating distance enough to use their own weapons – they looked around for anything they could chuck at the Japanese sailors.

Luckily, they had been carrying bins of potatoes on the deck, and the Americans began to throw them at the crew of RO-34, who promptly began to flip the f*ck out once more. The half-asleep Japanese sailors thought they were hand grenades.

The thud of potatoes thrown at high velocity on a metal hull might have the sound of a grenade hitting a similar surface, but for those in doubt, remember what was happening to the Japanese crew. First, they were just woken from a deep sleep. Second, their alarm clock was a giant enemy ship coming at them at full speed. Third, they were likely confused as to why the Americans decided to come alongside them to throw stuff at them, rather than just shoot them. And finally, who throws potatoes in the middle of World War II instead of trying to kill the enemy? The Japanese had no way of knowing the thuds could be spuds.

The potatoes gave the O’Bannon time to get far enough away to use its real weapons, which it did, hitting RO-34 hard before the sub dove into the dark sea. The destroyer then moved over the submarine’s position and finished it off with depth charges.

The crew was later presented with a plaque to commemorate the potato incident – from the Association of Maine Potato Growers.