If military branches were Harry Potter houses - We Are The Mighty 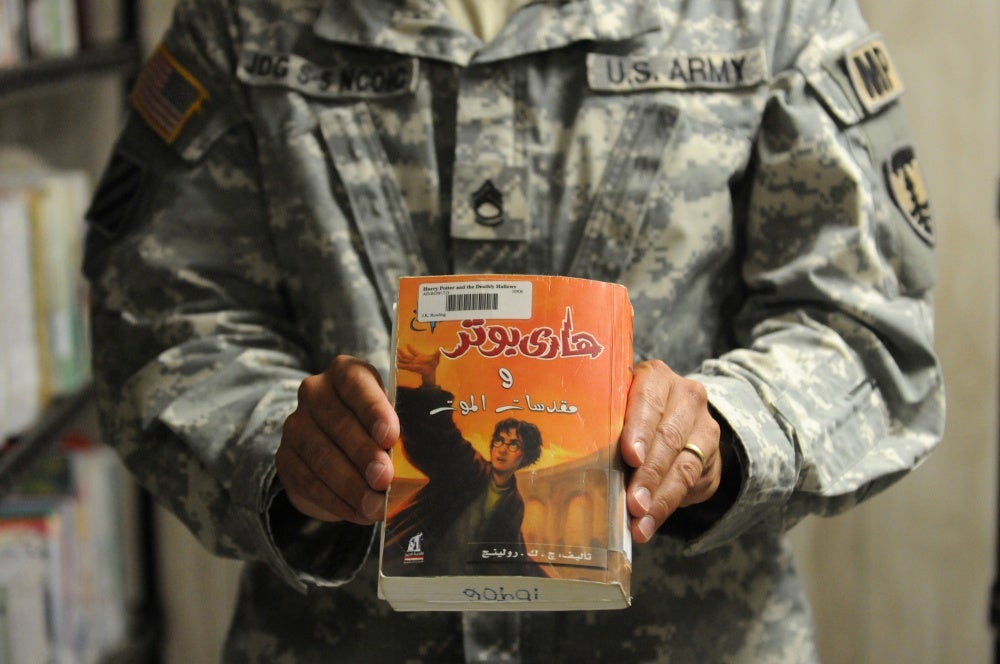 It’s got violence. It’s got magic. It’s got teen angst up the ying yang. We’re talking about Harry Potter. The seven-book series was a massive bestseller in the early 2000s, and the movies were just as popular.

Admittedly, the series could have ended in book one if any of the characters had owned a gun, but apparently, no one thought of that. (How do wizards have a superiority complex when a muggle sniper could have taken out Voldemort in one shot? Seriously?! I digress.) Whatever you think of the series or its now hotly-debated author, odds are you’ve wondered what Harry Potter house you would be in at some point or another. Are you cunning Slytherin? Clever Ravenclaw? Brave Gryffindor? Or Hufflepuff, whatever they do? Keep reading to find out which house you’d be in based on your military branch of choice.

Disclaimer: The Harry Potter series is fictional, and so is this list.

Before you protest, give Slytherin a chance. They might get a bad rap for being disloyal or even evil, but those are just stereotypes. After all, Marines don’t really eat crayons, do they? (If you do, no judgment. But please stop.) Slytherins are known for being ambitious, goal-oriented, adaptable and assertive. They’ve been called ruthless, but so are Marines when enemies get in their way. Just like Slytherins, they’re only mean if you deserve it. If you do, start running.

Alternatively, Marines might belong to another school of Wizardry altogether; Durmstrang. It’s pretty much the definition of masculinity, as far as dudes who believe in magic go. I mean, just look at them.

Gryffindor, much like the Army, is the default choice. Everyone wants to be in Gryffindor. It’s for the wizards who can’t decide exactly what to be, so they’re a little of everything; brave, practical, blunt and stubborn. They have a strong moral compass, and they never back down from a challenge. It’s the default choice, but that’s not a bad thing. Gryffindors tend to be a little reckless and idealistic, so they need strong leadership to reign them in– just like recruits in Army boot camp.

This isn’t meant to be an insult. Really, it’s not. Hufflepuff is the house of those who are hard-working, good-hearted, practical and dependable. The movies make them out to be wimps, but that’s not what Hufflepuff was about at all. Hufflepuffs are loyal, accepting and genuinely want to help others. Considering most people who join the Coast Guard do it in hopes of saving people during search and rescue missions, Hufflepuff is the house for them. Sailors also have Hufflepuffish tendencies, with SEALs being a big exception. SEALs are not Hufflepuffs. If we had to guess, they’d be in Gryffindor or Slytherin. Or, again, Durmstrang.

Ravenclaw is essentially the Harry Potter house of academics. Ravenclaws live for analytical thinking, logic and learning. In other words, they’re nerds. But don’t be deceived by their preference for reading rather than fighting. Their quick wits are exceptionally useful when you’re in a bind. The Air Force is no different. While they aren’t known for being the brawn of the U.S. military, every good military needs some brains to balance everything out. Make fun of the Air Force all you want, but you’ll be thankful for their quick thinking and technological aptitude when you need it.