How this California nonprofit is fighting for justice for veterans 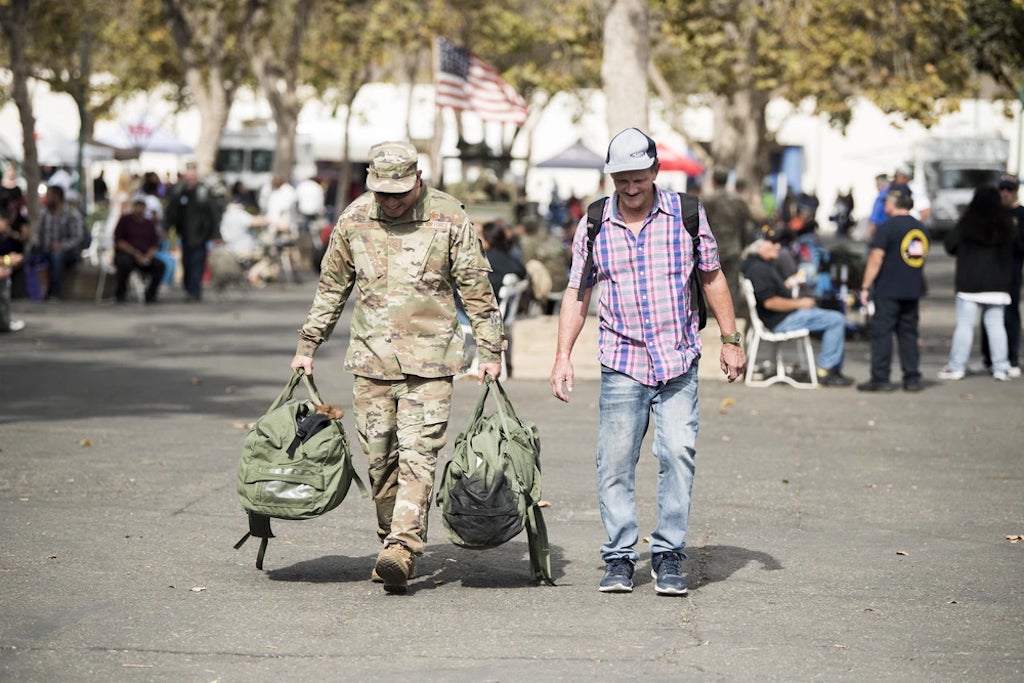 California is home to 1/3 of the veterans’ population and the majority of them, including Robert Kelly, Jr., live in Southern California. Kelly enlisted in the United States Navy in 1976 and spent the first six years of his military career on various ships overseas, such as the aircraft carrier USS Midway, where he worked in the engine rooms. After being stationed in Long Beach, California, he became part of a mobile diving and salvage unit and eventually became a Navy diver and combat swimmer. For the next 16 years, he was a Navy deep-sea diver and trained extensively to learn how to identify and handle explosives. However, one of their training missions went terribly wrong for Kelly.

“There was an uncontrolled blast, and I was fairly close to it,” he recalled. “It pushed me quickly up to the surface, causing air bubbles to get caught in my hip joints. Over the years, I had over ten surgeries for hip replacements, knee replacements, and back surgery. I also faced complications when the doctors shattered my femur three times, which is how I ended up with a six-inch shoe lift on the right leg and why I’ve been on crutches and in a wheelchair ever since.”

Kelly retired in 2000 and settled down in Southern California. However, in 2017, he faced several criminal charges. It all started when he was in the drive-through lane of a local restaurant to pick up dinner. While waiting his turn, he noticed that some people — both ahead and behind him — were getting out of their cars to talk to each other.

“It had been a long day for me, and I just wanted to go home,” Kelly says. “So I told these young people to just get back into their cars so we could all get our food.” The situation escalated quickly when a couple behind Kelly’s car threatened to drag him out of his car and have him arrested. “Being on crutches and in a wheelchair, I knew I was not going to be able to defend myself.”

Soon, the police arrived, and one of the people who had threatened Kelly punched him in the face in front of the sheriff.

“The sheriff did nothing to them,” Kelly says. “After I backed out and left the scene, the police chased after me. Once I stopped, they dragged me out of my car and beat me.” Kelly suffered a broken tooth, broken nose, and broken ribs. “They arrested me, charged me with four felony counts of assault with a deadly weapon to a police officer — they accused me of attempting to run people over with my car — and put me in jail for nearly seven days. Once I got out, I went back home and found an eviction notice on my door.”

Two months later, things went from bad to worse when he was pulled over by the police for driving too fast for conditions. “They did a breathalyzer test and it showed I was right on the edge of 0.08 — I was going back home after attending a veterans’ event. Still, they took me to jail.”

“Jodi got me lawyers that, for four years, worked hard to help me solve all these issues,” Kelly said. “Eventually, the lawyers found video evidence that completely dismantled the case of assault with a deadly weapon and the charges against me were dropped. As for the other charge, I did community service, and CVJP also helped me find another accommodation after I was evicted. I can’t thank CVJP enough for all the help and support they’ve given me over the years.”

CVJP’s primary mission is to support all justice-involved veterans and military service members. Their holistic approach provides individualized support at no cost for each veteran by deescalating their situation, connecting the veteran to mental health treatment, and educating all those affected on the Veteran Statutes California legislatures created to directly address the many service-related mental and behavioral challenges that many veterans face.

“We are here to help,” Ilya Kurbanov, a CVJP volunteer, said. “But many veterans are not even aware that CVJP exists, so my main focus is to help spread the word to fellow veterans and let them know that, should they need help and support when navigating the criminal justice system — and its many consequences— they can reach out to CVJP.”

“We cannot repay them for their services,” Jodi Galvin stated. “We can honor, respect, and serve them.”