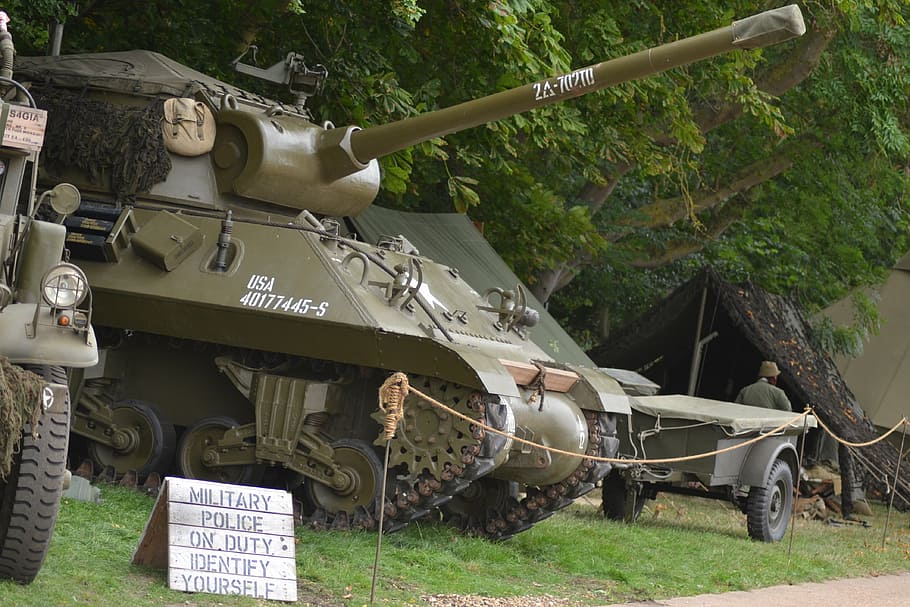 The very first tanks in combat rolled across the plains of Europe on Sep. 15, 1916, at the Battle of Flers-Courcelette. Allied tank power only grew from there. Since the Germans most commonly found themselves on the receiving end of tank warfare, they were the ones who improvised the first responses. Here’s what they came up with:

Flamethrowers were typically used after a tank suffered a mobility kill. A soldier with a flamethrower would approach the tank and order the crew to surrender before killing them if they didn’t. In some cases, soldiers would approach operational tanks and attempt to burn out the crew.

When the rounds struck a tank at close range, they could dent in the armor with enough force that the armor would spit shrapnel into the crew area, killing and injuring the soldiers. Frequent misfires were reported though, so the Germans eventually invented armor piercing rounds.

Artillery in World War could engage tanks with either howitzers, field guns, or mortars. Howitzers and mortars are traditionally fired “high-angle,” where they fire a shell into the air so that it falls on enemy targets, piercing the top armor when they hit tanks. In some cases, especially with mortars, desperate crews would “direct fire” their weapons at tanks.

Field guns were typically shot in direct fire mode, pointing the weapon at the enemy and attempting to punch through its hull with the force of the round. At first the German field guns only had high explosive rounds that could score mobility kills, but they eventually got armor piercing rounds that could destroy the target entirely.

Because they were already handy, grenades were some of the first weapons pressed into anti-tank warfare. While a single grenade was unlikely to destroy a tank, it could achieve a mobility kill by breaking the treads.

Later, stick grenades would be bundled together and tossed at oncoming enemy tanks. When everything went well, the combined explosive force of the grenades would break through the hull.

While tanks are the ultimate all-terrain vehicle, it’s still possible to carve the land so that tanks can’t roll over it. While thin trenches could be crossed with ease, very wide trenches were impassable for tanks and the Germans began digging accordingly.

The German Mauser 1918 T-Gewehr fired a large, 13.2 mm round with a steel core at 785 meters per second, easily piercing the tank armor of the day. Unfortunately, they were developed too late and in too few numbers to stem the Allied tank advance.

NOW: Here’s what life is like for US Army tankers