These are the job requirements for White House military social aides

These are the job requirements for White House military social aides 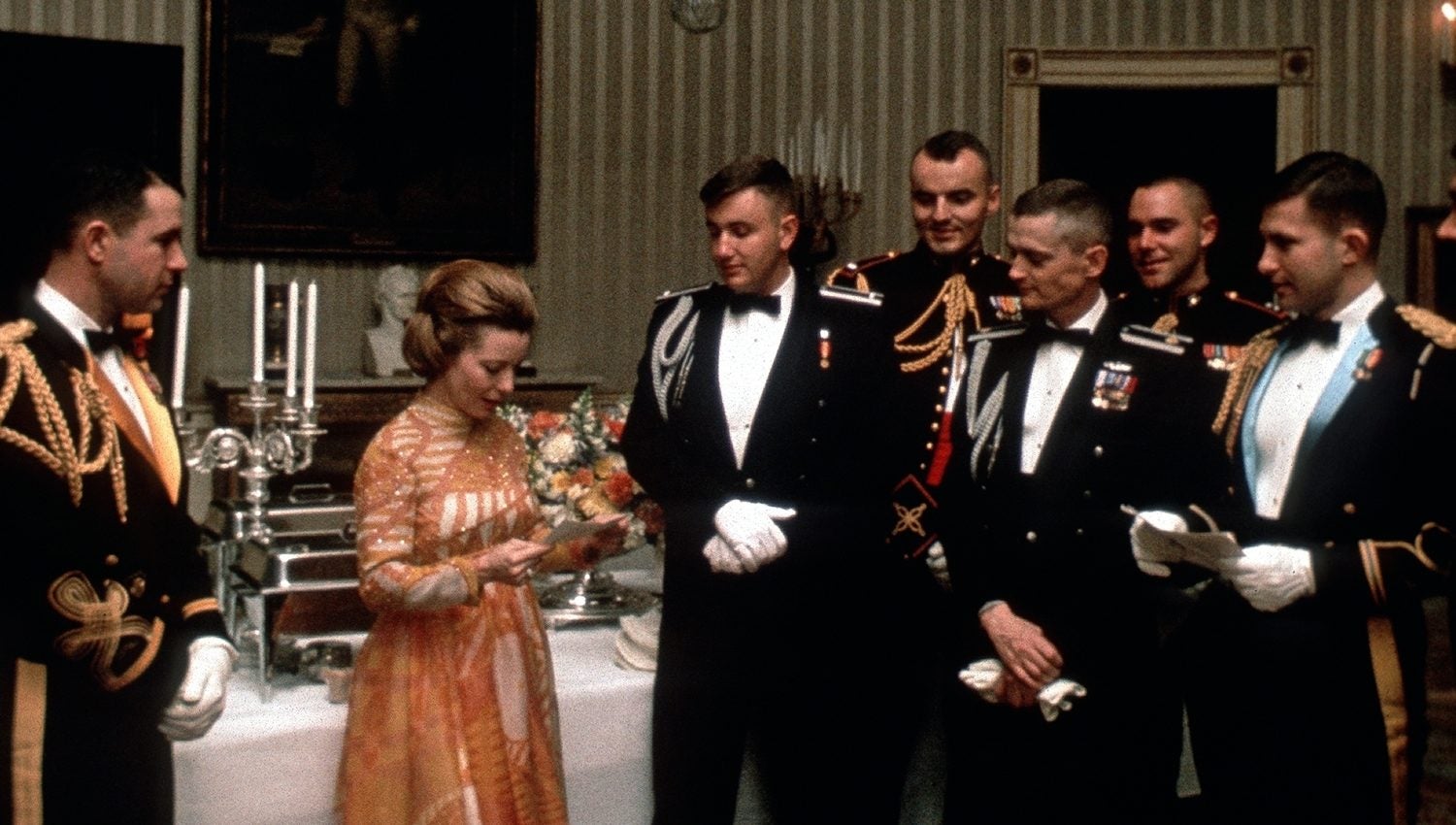 Members of the Armed Forces of the United States get asked to do a lot over the course of their military careers. It’s hard to imagine they ever consider the idea that they might end up serving as diplomats, rather than a member of a military force, but diplomacy is the role of the White House’s Military Social Aides.

Since President Theodore Roosevelt first employed Military Social Aides in 1902, these men (and later women) in uniform have been a staple of White House social functions at the highest levels, including formal meetings, state dinners, and even gala parties. The part-time job comes with no extra pay, but it does come with some interesting perks.

For six to 15 hours per month, including evenings and weekends, military officers have the chance to meet the world’s most important people, schmooze with celebrities, and even enjoy a plate at a White House state dinner

The job of a social aide is to manage the guests who attend official functions at the White House, no matter who is attending or what the event might be. This includes talking to lonely guests, escorting other heads of state, or directing traffic during a greeting line. In the past, this role has led to military personnel sharing dances with Ginger Rogers, Cary Grant, Goldie Hawn or even Princess Margaret of Great Britain.

They report to the White House Social Secretary who sends them a list of events along with how many aides are needed for each one. If the aide has not conflicting military duties, they come to the people’s house, get prime parking spots and change into formal dress in the White House East Room.

Along with their social duties, they are also present to handle social “miscues,” such as reporters asking questions of visiting heads of state. During a White House event held by President Ronald Reagan, one such reporter attempted to question King Hussein of Jordan before she was intercepted by the social aide, who danced her away from the King.

One White House Social Aide, Marine Corps Capt. Charles Robb was selected by President Lyndon B. Johnson’s daughter Lynda Bird to be her personal social escort. Eventually, they formed a close relationship, and were married in 1967 at the White House.

After joining to serve as a social aide, they are eligible to join The Society of White House Military Aides, a veterans group made up of aides from 12 different presidential administrations – dating all the way back to the White House of Franklin D. Roosevelt. The goal of the group is preserve and honor the history of their roles

Any officer between O-2 and O-4 assigned to the National Capital Region can apply to be a part-time White House Social Aide. They need to have at least two years of service left in the NCA and hold a top secret security clearance. While it is often said “there’s a waiver for everything,” there’s no waiver for the enlisted to hold this position. Reservists and Guardsmen must be on active duty.