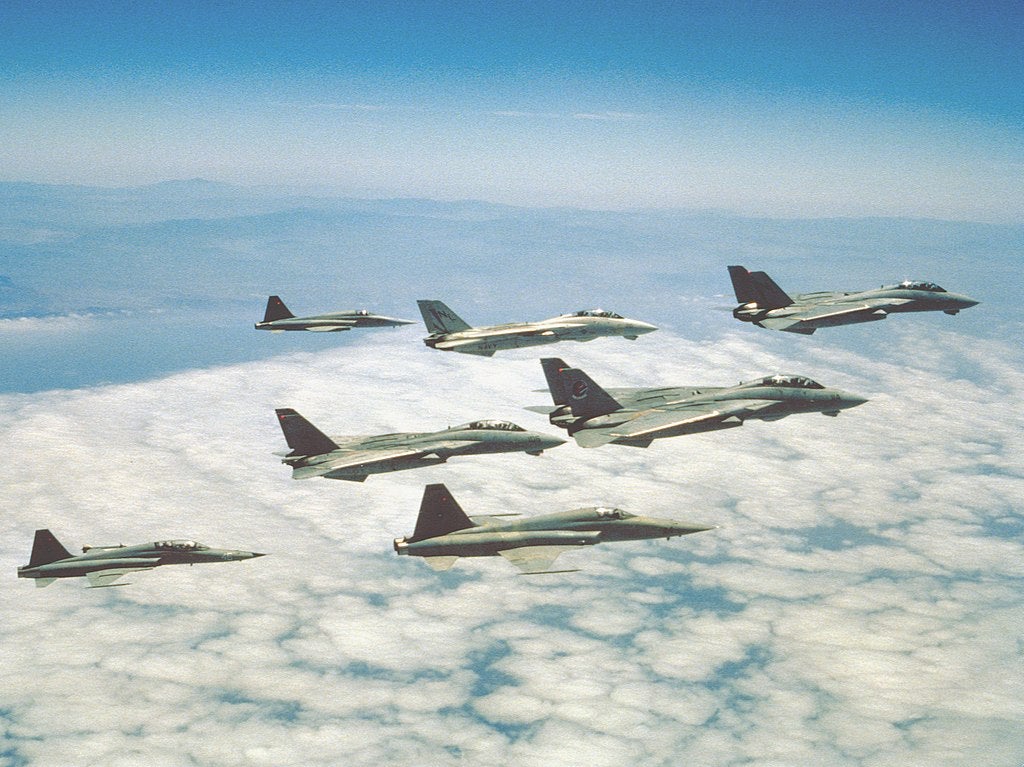 The 1986 film Top Gun is one of the most iconic pieces of modern American media. It made bomber jackets and Ray-Bans must-have accessories and had people everywhere doing over-under high fives. The U.S. Navy even saw a 500% increase in applicants wanting to become naval aviators. Of course, the most persistent aspect of Top Gun‘s legacy is references to it in other media. Here are five of some of the best Top Gun references out there.

Everyone’s favorite reckless, alcoholic, inspired by real-life missions TV spy is a well-known Top Gun enthusiast. At the very least, Sterling Archer is obsessed with Kenny Loggins’ hit song “Danger Zone” from the film. In fact, Archer ventured into so many zones of danger that, in 2013, a “Danger Zone” music video was made mirroring the original music video and scenes from the film with characters from the show. Later, Loggins himself made a cameo on the show where he performs an outlaw country version of the song. It’s safe to say that Top Gun has been thoroughly referenced by the world’s greatest spy.

2. How I Met Your Mother: Flight Suit Up

Interestingly, How I Met Your Mother worked a Top Gun reference into one of their characters’ own catchphrases. Womanizer Barney Stinson is rarely seen on the show not wearing a suit. One instance where he abandons his sartorial consistency is on Halloween. In a twist on his catchphrase, “Suit up,” Stinson enters the scene to the tune of “Danger Zone” wearing a flight suit and aviator sunglasses. He then insists that his wingman, Ted Mosby, also “flightsuit up” for the night. Although the outfit was short-lived, it was a memorable and clever reference to Top Gun.

If you’ve worked in an office but didn’t hear or make a Top Gun reference, did you really work in an office? The workplace is an ideal setting to rattle off a line or two from the iconic film and the TV show Suits represents this perfectly. In the episode “Tricks of the Trade,” the ability to quote Top Gun is revealed to be an important attribute for anyone working at Pearson Specter Litt. In just two scenes, Jessica and Harvey make three Top Gun references: “Son, your ego’s writing checks your body can’t cash,” “I am not leaving my wingman,” and “He’s a wildcard, flies by the seat of his pants.”

Marvel’s What If…? animated series explores alternate timelines across the multiverse that are different from the main cinematic universe that we are all used to. In the episode “What If…Thor Were an Only Child?”, Maria Hill notes that Carol Danver’s cat “could devour whole armies.” Interested in the cat, Darcy learns from Carol that his name is Goose, which excites her. “Ooh, Top Gun!” Darcy exclaims, drawing parallels between the film and Carol. “You’re Maverick! Is your ego writing checks that your skills can’t cash?” Of course, Carol answers no while Maria says yes. How very Maverick of Carol.

Unlike the previous references, this one features no dialogue or music. In fact, the average viewer likely missed this ode to Top Gun completely. In Disney’s Planes, a crop duster named Dusty Crophopper finds himself lost at sea during the Wings Around the Globe air race. Having lost his GPS antennae over the Pacific and running low on fuel, Dusty is saved when he is intercepted by two Navy F/A-18E Super Hornet fighter jets from the USS Flysenhower. The Hornets, named Bravo and Echo, escort Dusty to the carrier where he lands safely. While the fighters are assigned to VFA-103 The Jolly Wrenches, a reference to the real-life VFA-103 Jolly Rodgers, they are also a reference to Top Gun. Bravo and Echo are voiced by Val Kilmer and Anthony Edwards, respectively. Kilmer played the iconic Tom “Iceman” Kazansky in Top Gun while Edwards portrayed the ill fated Nick “Goose” Bradshaw (yes, that was Goose’s name). Moreover Bravo and Echo’s helmets resemble Iceman and Goose’s helmets from the film.