The military once stored missiles in massive ice tunnels 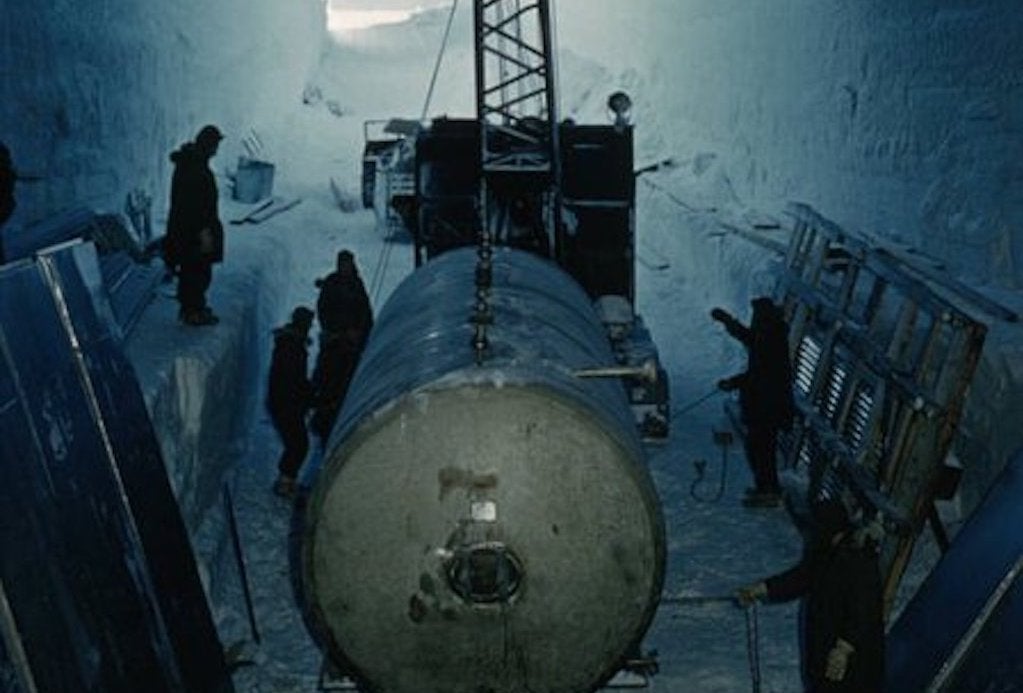 There’s nothing new about the military and its strange experiments. Years after the fact we are still hearing about their countless attempts and new and outrageous tactics, most of which never panned out. One such experiment was the attempt to store missiles deep in ice tunnels.

The thought process was this: the ballistics would be hidden underground, and they would be easily launched toward enemies directly from Greenland. This, of course, was during the Cold War, when missiles were needed at the ready, should an air launch have taken place.

However, before they could implement the plan, it had to first be tested.

Project Iceworm began in 1958 as a top-secret mission. First, plans were drawn up to store hundreds of ballistic misses (up to 600) within Greenland’s ice caps. Snow would further mask the weapons. Should the Soviet Union attack, the missiles would be pointed and ready to launch at a moment’s notice, with little distance to travel.

In testing phases, the Army built a series of 20-some tunnels under the ice, stretching some 2,500 miles. They used a combination of snow and steel to strengthen the tunnels and keep them in place. Rather than a military experiment, workers were told they were creating a scientific research facility for the U.S., Camp Century.

In fact, the project to create the Camp was announced publicly, and even covered in Denmark newspapers. The Department of Defense told Denmark they were conducting the experiment in order to: understand construction styles in Arctic temperatures, conducting experiments with a nuclear reactor, and performing various science experiments on and with the icecap.

The prototype included labs and a hospital, a movie theater, and space to house more than 200 residents. Meanwhile, a new-age nuclear reactor provided power. The structure was impressive and came with incredible logistical advantages.

Plans were to form thousands of tunnels per year, for a total of more than 52,000 square miles of underground living and missile storage space. This would account for several launch stations, allowing the military to aim at different targets as needed.

Yet the traction wouldn’t last. Ice shifts, and after only a few years, the tunnels and cracked and moved, and were no longer safe to use. It became clear that it was no place for humans to live, let alone store massive, explosive devices – even with a nearby locational advantage.

By 1966 the project was officially canceled. However, details of the intended missile storage were sealed and hidden from the public. Facts only became public when the Denmark government dug into the research on nuclear weapon storage in Greenland. This research found the true purpose of Project Iceworm in 1995.