This trailblazing Asian American Olympian was also an Army doctor 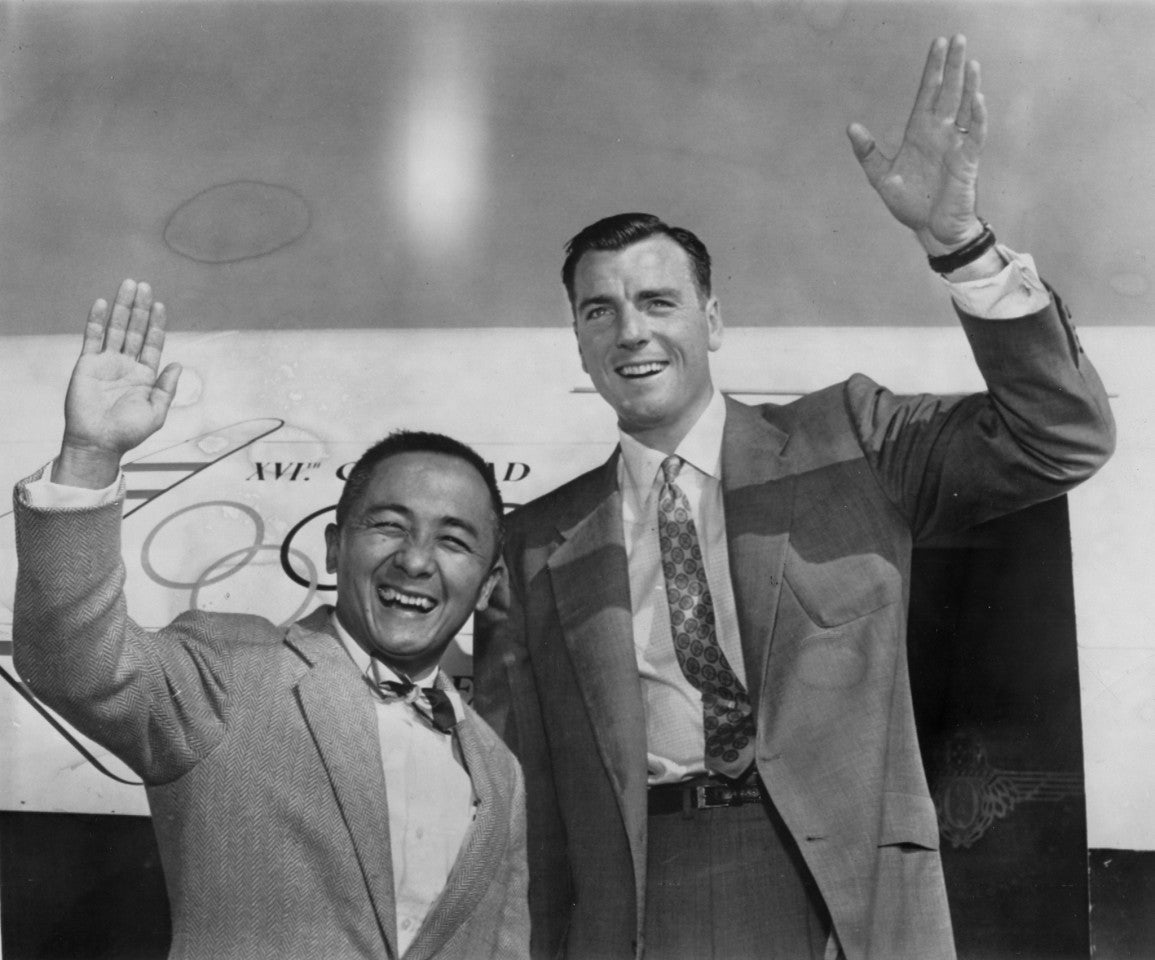 Samuel “Sammy” Lee was born in Fresno, California in 1920. His parents were of Korean descent and owned a chop suey restaurant and market. When the 1932 Olympics came to Los Angeles, Lee became driven by the Olympic fever that swept over the state to become an Olympian himself. That summer, he discovered his natural ability to perform somersaults. This set him on his path to become an Olympic champion diver.

Lee’s family later moved to Highland Park in Los Angeles. However, Latinos, Asians and African Americans were restricted at the Pasadena Brookside Park Plunge pool. They were only allowed in on “International Day,” the Wednesday before the pool was drained and refilled. This forced Lee to get creative.

Attending his father’s alma mater, Occidental College, Lee had no on-campus dive coach. Rather, he was privately instructed by renowned dive coach Jim Ryan. They dug a sandpit in Ryan’s backyard and mounted a one-meter springboard for Lee to practice on. On top of constant chafing from the sand, Lee endured constant verbal abuse from Ryan, but it wasn’t without reason.

On one rainy afternoon, 1928 silver medalist diver Farid Simaika stopped by the sandpit to visit his former coach and see Lee’s progress. Wet, sandy and fresh off a beratement from Ryan, Lee was visibly upset and frustrated. “You know why he is so tough on you?” Simaika asked Lee. “At the 1928 Olympics, I won the gold but 3 days later they said there was an error and replayed the medal ceremony. I gave the gold to Pete DesJardins.”

Ryan was furious with the amended medal ceremony. “I’ll be back with a non-white diver and beat all of you!” Ryan yelled as he threw chairs into the pool.

Simaika, an Egyptian American, was neglected by the Egyptian Olympic Committee and could not compete in 1932. “That is why he is so tough on you,” Simaika reassured Lee. “You are his intended champion!”

In 1942, Lee won the U.S. National Diving Championships in both 3-meter and 10-meter platform events. In doing so, he became the first person of color to win the national championship in diving. Four years later, he repeated his 10-meter platform victory and came third in the 3-meter event.

Simultaneously, Lee attended the USC School of Medicine and received his M.D. in 1947. In order to pay for school, he joined the Army Reserves.

At the 1948 Summer Olympics in London, Lee won bronze in the 3-meter springboard and gold in the 10-meter platform diving events. His achievement came just two days after his friend and fellow Asian American, Vicki Draves (née Manalo), won gold in springboard diving. At the games, the Egyptian delegation approached Lee and informed him of Simaika’s prophecy. “He said Sammy Lee would be the first non-white diver to win an Olympic diving gold medal,” they told him. Simaika became a U.S. Army pilot and was KIA over Indonesia during WWII. Still, he was right about Lee.

By 1952, Lee reached the rank of major. Before going to the war in Korea, he was allowed to compete at the Helsinki Olympics. “But you better win,” he was told. Sure enough, Lee took home another gold medal in the 10-meter platform event. Afterwards, he went to Korea and served there as a doctor from 1953 to 1955.

Despite his Olympic success and military service, Lee still faced discrimination at home. When he tried to buy a house in Garden Grove, California, residents compiled a petition of signatures to keep him out of the neighborhood. Still, Lee remained in Southern California where he practiced as an ENT doctor until his retirement in 1990.

Lee was inducted into the International Swimming Hall of Fame in 1968 and the U.S. Olympic Hall of Fame in 1990. In 2009, he was added to the Anaheim/Orange County Walk of Stars. The next year, Sammy Lee Square in Los Angeles’ Koreatown was named for him. The Los Angeles Unified School District also named the Dr. Sammy Lee Medical and Health Sciences Magnet School in his honor in 2013. Three years later, Lee passed away. His legacy of service and excellence is carried on by other Army Olympians like Sagen Maddalena and Phillip Jungman.