9 facts you didn’t know about the Russian Army 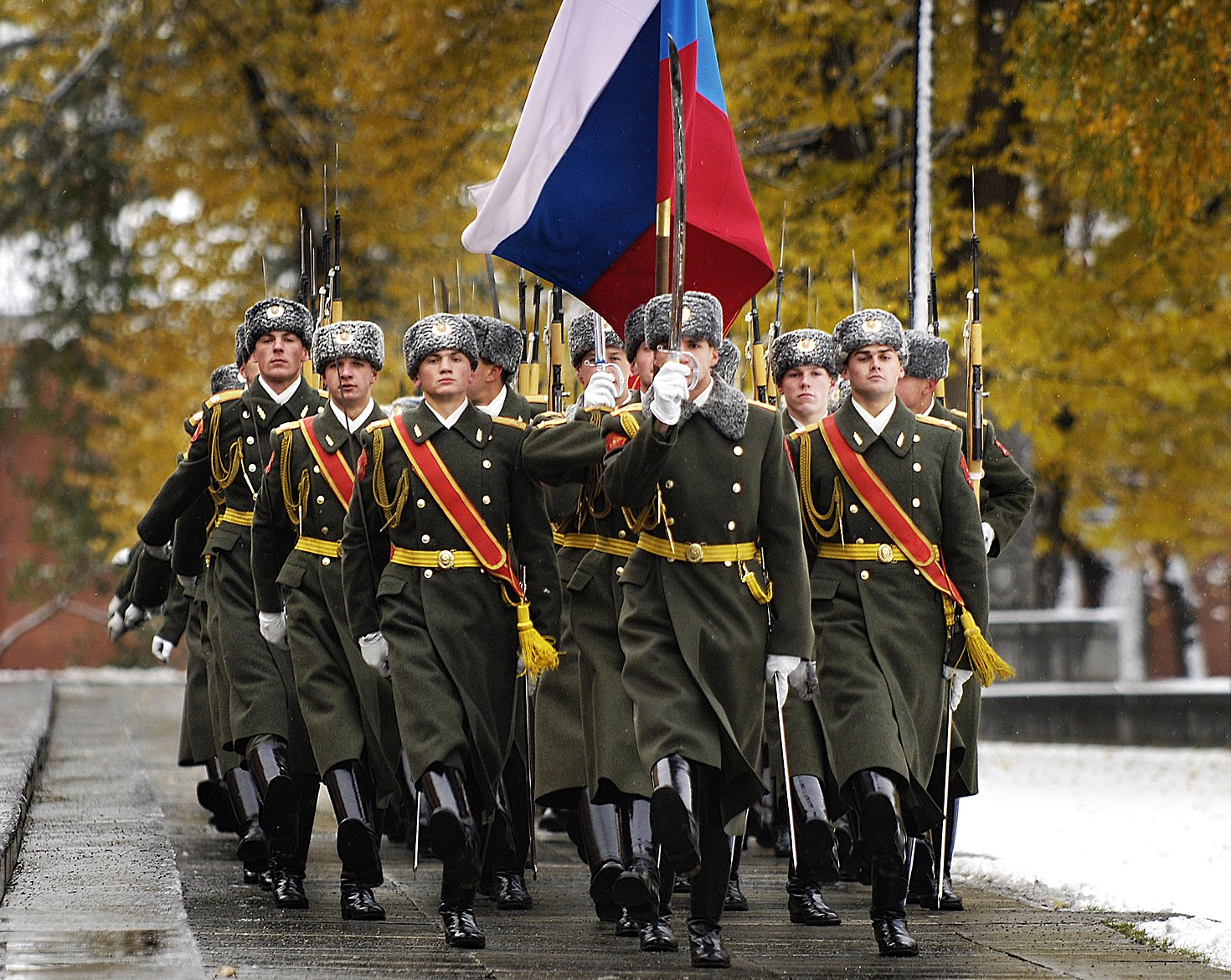 Russian honour guard from the 154th Preobrazhensky ICR perform a pass and review as part of a wreath-laying ceremony at the Tomb of the Unknown Soldier in Moscow, Russia. Wikimedia Commons.

The Russian Army has come into the public eye in the last few weeks, but there’s actually far more to them than their current invasion. From how they got their start to present-day forces, they actually have a fascinating past by military standards and beyond.

Take a look at how this Army got its start and changed throughout the years.

It’s called the “Red Army” for a reason

Not only has the Russian Army historically worn red in the past, they use it as a symbol. Red was chosen in reference to bloodshed in the fight against capitalist oppression of the USSR. In addition, red was used as the color of the worker’s movement.

Technically the “Red Army” was abandoned in 1946, though throwbacks are still used, including red badges, hats and more.

It grew in droves

The Red Army got its start in 1918 and all males 18 and older were eligible to join. The front saw huge numbers as peasants and farmers alike joined in order to provide for their families. The Army provided them with set wages and food rations that were not readily available with their previous jobs.

Most of the loyalty is credited to one man

The Russian Army of years past is known for being extremely loyal and disciplined. This is due to the training of Leon Trotsky, one of the first Russian Revolution leaders. Prior to his involvement, the Red Army was seen as a group of misfits and untrained soldiers.

After the Russian Civil War, many former Tzar supporters took their loyalty from the Russian monarchy to the revolution. In fact, they accounted for more than 75% of military recruits. However, to keep them in line and ensure loyalty, Army members would keep their family members as hostages until the end of the war.

In an ongoing trial known as the “Great Purge,” Stalin held secret trials where key military leaders were accused of anti-Soviet ideals. Those convicted were immediately executed. The practice was so widespread that it had serious effects on the experience, function, and morale of the Russian Army.

Some suspect that this had key impacts on Russia’s performance in WWII.

Another of his controversial tactics was to gun down his own men who were captured or surrendered to the enemy. Therefore, if a soldier gave any gains to an enemy, his fellow soldiers were instructed to fire upon him.

They increase participation and loyalty with propaganda

For centuries, Russia has influenced its fighting forces with propaganda. Referring to itself as “the Motherland,” flyers, ads, and prints advise citizens to protect their home at all costs. This dates back to Napoleon times and even tied the Nazis to his raid.

Assuming that they would beat the Russians prior to winter, Nazi soldiers failed to bring winter gear to the frontlines during WWII. They soon fell victim to frostbite in droves, giving the Russians a key advantage.

In years since, this is playfully referred to as General Winter and his strategic war-fighting moves.

The odds are not in your favor

During their height of fighting, Russian conscripts were given the average lifespan of just 24 hours in battle. Assuming they were lucky enough to make it to officer level, that increased to three days in battle.

Soviet Army monuments in Germany
After the devastating loss of life during WWII, Russia erected several monuments to its soldiers … on German soil. The largest is in the Großer Tiergarten, a large park in Berlin. The park was destroyed by bombs during the war and was reconstructed with huge German solider recreations and hundreds of yards of statues, walkways, and plaques.