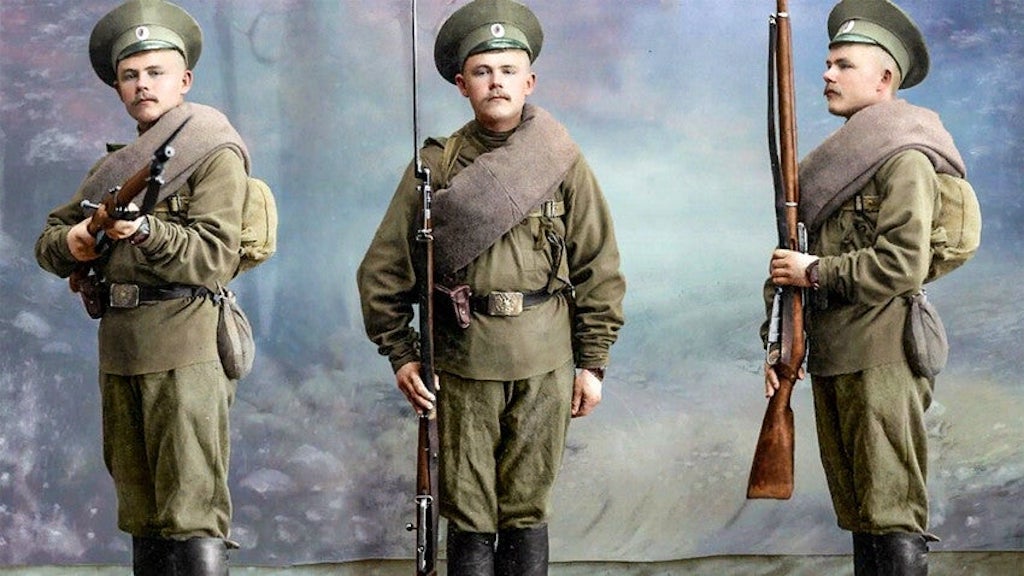 Uniforms are a key aspect of any professional military. Not only do they serve to distinguish troops of one army from another, but they consist of the clothing and equipment that soldiers will live and work with. Despite extensive research and spending, uniform flops like the Army Blue Service Uniform (see Class B and reference “Mall Cop”) and the Army Combat Uniform in the Universal Camouflage Pattern. If only leaders in Washington had followed the example of Tsar Nicholas II.

In 1909, Russian Minister of War Vladimir Aleksandrovich Sukhomlinov was developing the new infantry standard issue clothing and equipment. When he presented the gear and uniform to Tsar Nicholas, the Russian ruler was unconvinced. As the leader of the army, Tsar Nicholas was not content to issue his soldiers new equipment on the word of a minister. Rather, he wanted to make sure that his men were properly equipped by testing it out for himself.

The Tsar told only Alexander Alexandrovich Mossolov, Minister of the Court and the Commander of the Palace, of his plan. Mossolov had the equipment of a random soldier camping near Livadia, whose regiment was testing the new equipment, brought to the palace. As a result, the uniform was not tailored and the equipment has not hand-picked for the Tsar. He would test the equipment exactly as it would be issued to a new soldier.

After donning the uniform, rifle, pouch, and cartridges, Tsar Nicholas also a drew a regulation one-day supply of bread and water and set off. Marching alone, he covered 20 kilometers (12.42 miles) on a random route and returned to the palace. The 40 kilometer round trip was the full length of a forced marched. The Tsar’s soldiers would rarely be required to march further in a single day.

The Tsar’s march took between eight and nine hours including breaks for rest. Upon his return at dusk, he was thoroughly examined and found to have no blisters or abrasions on his body. Crucially, he also found the new army boots to be quite comfortable and suffered no foot pain. Without doubt, the new uniform and equipment had earned the Tsar’s approval and he signed off on them the next day.