Great Western actors who are military veterans - We Are The Mighty 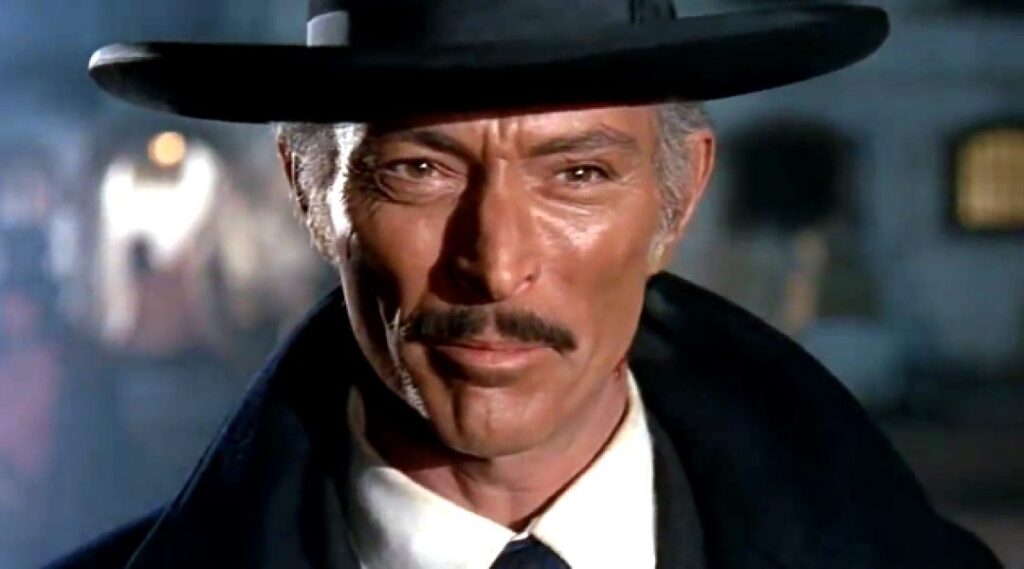 Westerns have been a popular and hard-hitting genre for decades. Their overall prominence has waned since the 70s and 80s with a resurgence of the genre in recent years with shows like Yellowstone, 1883 and Westworld. Movies with western themes have returned with such titles as No Country for Old Men, Hell or High Water and the Sicario films. Actors that served in the military bring an added quality of grit to their roles and stand out among a sea of western stars.

Sam Elliott started in Hollywood on some big-name productions such as Butch Cassidy and the Sundance Kid, the Mission: Impossible series and The Way West. His career grew through the 1970s and 1980s with roles in more western projects like The Quick and the Dead and Conagher. He also played a key role as a mentor to Patrick Swayze’s character Dalton in Road House in the 80s too. Some of his most recognizable work is from the 1990s and beyond with his portrayal of Virgil Earp in Tombstone, as Sergeant Major Basil L. Plumley in We Were Soldiers and his lead role in The Ranch. Before all of his mainstream success, Elliott served in the California Air National Guard’s 146th Airlift Wing while studying his craft.

Kurt Russell comes from an entertainment family with his father, Bing, being an actor, his partner, Goldie Hawn, is an actress and his son, Wyatt, is also an actor. Russell grew up in and around Disney films and guest starred on popular shows such as The Virginian, Gilligan’s Island and The Fugitive. He served in the California Air National Guard’s 146th Airlift Wing from 1969 to 1975, which is the same unit actor Sam Elliott served in. Russell also played minor baseball for the California Angels affiliates in the 1970s. His career went full swing in the late 70s with his role as Elvis Presley in Elvis and then with a slew of John Carpenter movies such as The Thing, Big Trouble in Little China and Escape from New York. He starred in Tombstone alongside Sam Elliott with Russell portraying the legendary lawman Wyatt Earp. Since the 90s Russell’s career has had steady and surprising moments, especially with his pairing with Quentin Tarantino for Death Proof, The Hateful Eight and Once Upon a Time in Hollywood.

Tom Selleck is a name that is synonymous with two shows, Blue Bloods and Magnum P.I. Selleck served in the California National Guard’s 160th Infantry Regiment from 1967 to 1973 and attained the rank of sergeant. He also attended USC for a time and played on the men’s basketball team. Selleck started out in small acting roles in the 1960s for commercials for products like Pepsi and in feature films such as Coma. His career took off with the role of Thomas Magnum in Magnum P.I. He, unfortunately, had to pass on playing Indiana Jones in Raiders of the Lost Ark because of his commitment to Mangum. He starred in different projects throughout the 80s and 90s which include Quigley Down Under, Three Men and a Baby and a recurring role as Monica’s boyfriend on Friends. He later starred in the Jesse Stone mystery movie series based on the books of the same name. His career hit a strong surge in 2010 with him securing the role of patriarch Frank Regan in Blue Bloods. His service likely plays into his strong ability to play authority figures and western heroes.

Alan Ladd was a star on the silver screen in the 1940s and 1950s. His big roles were in Shane, This Gun for Hire, The Glass Key and The Blue Dahlia. Ladd is most recognized for his role in the classic western Shane, which has influenced generations of western filmmakers and literature. He served in the U.S. Army Air Corps during World War II at the First Motion Picture Unit and at the Walla Walla Army Air Base. Ladd earned the rank of corporal before his service was over. He returned to acting post his service and his career skyrocketed higher throughout the 1950s.

Lee Van Cleef was a favorite of Italian director Sergio Leone where Van Cleef appeared in the Dollars Trilogy against Clint Eastwood. His top films include For a Few Dollars More and The Good, the Bad, and the Ugly. Van Cleef served in the US Navy during World War II as a sonar man. He worked on a sub chaser and mine sweeper during his service. He was awarded the Bronze Star and Good Conduct Medal for his conduct during the war. He returned home and began getting small parts in feature films such as Kansas City Confidential and High Noon, which led to his work in spaghetti westerns. Although initially typecast as a villain he did find more good and benevolent roles in his later career. His no-nonsense characters and acting could have had roots in his military service.