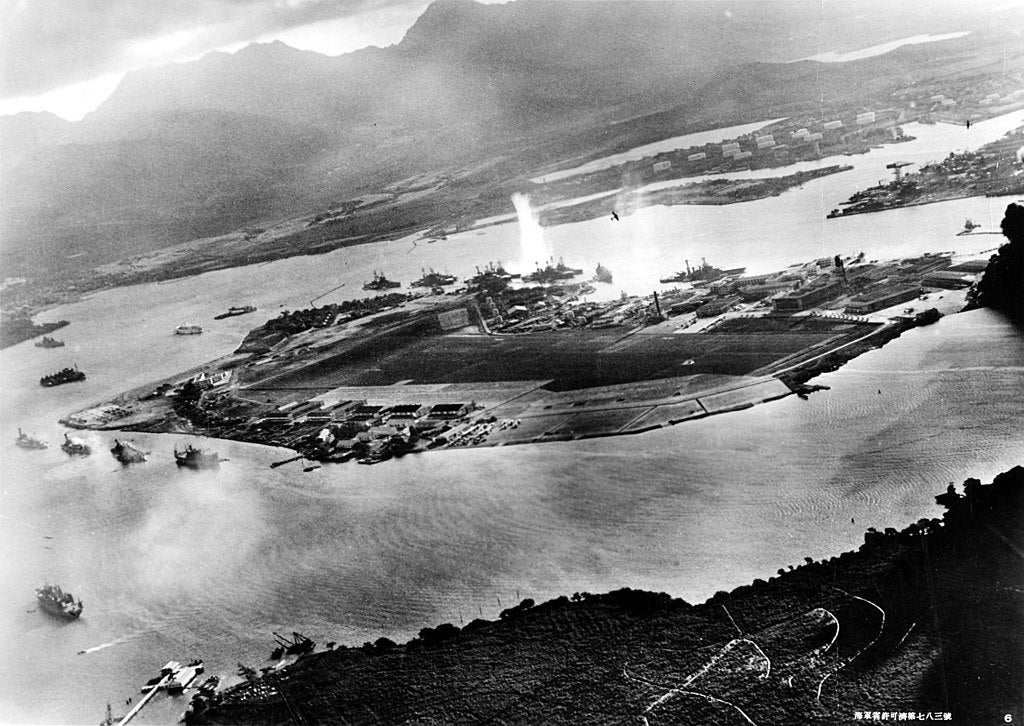 Photograph of Battleship Row taken from a Japanese plane at the beginning of the attack. (U.S. Naval History and Heritage Command Photograph.).

On Dec. 8, 1941, two young brothers raced to the local Navy recruiter’s office in Lewiston, Maine. The United States had just suffered a sneak attack by naval and air forces of the Japanese Empire. Like many young men that day, Don and Eddie Karkos were out to give the Japanese what for.

Don admitted to the recruiter that he was not yet 18 years old, but that didn’t matter to the sailor. He helped Don Karkos enter the Navy anyway. They were off to basic training and by early the next year, Don Karkos was Seaman Karkos, shipping out into the North Atlantic from Boston. By the end of the summer, his life would be changed.

Almost 70 years later, he would get a new lease on that life.

Following the attack on Pearl Harbor in 1941, hundreds of thousands of Americans from across the country and from all walks of life, rushed to recruiters’ offices to join the U.S. military. The National Archives doesn’t track enlistment numbers by month, but in 1941, almost 1.1 million people joined the armed forces. For context, there are only 1.4 million in the U.S. military today at any given time.

Don Karkos was assigned to the USS Rapidan, an oiler in the U.S. Navy’s North Atlantic fleet. He was still 17 when an onboard explosion sent fragments of metal hurling at the young Seaman. When a large piece hit him, it knocked him out cold. The metal piece struck him above his right eye, splitting his forehead open.

By the time he finally woke up, he was in a military hospital in Iceland and unable to see out of his right eye. Doctors there informed him that his eye would never be functional again and wanted to remove it entirely. Karkos wanted to keep it, even if it was just for looks. He would return to his hometown of Lisbon Falls in Maine, work in a woolery and try to pay off the mortgage on his dad’s house.

The damage to his right eye limited his peripheral vision and depth perception. Still, he was able to start a roofing and sheet metal company in his hometown, raise a family and eventually start a horse farm. His left eye was his lifeline but as he aged, his vision began to get worse and worse, clouded by cataracts.

Even with advances in modern medical technology over the years, there was still nothing that could be done for his right eye. When he retired, he took a job at Monticello Raceway in New York, where he tended to the race horses. By age 82, he’d been working there for 16 years. That’s when one of the horses, a favorite named “My Buddy Chimo” gave him an extraordinary gift.

Although it might not have seemed like a gift at the moment. Karkos was adjusting the buxton around the horse’s neck when it decided to make a swift, unexpected movement. The horse dipped its head suddenly, then brought it up and head butted Karkos. The old man was thrown against the back wall. Dazed, he went home and tried to recover. As he walked the halls of his house, he realized he could finally see out of his right eye.

“I was very, very happy, tickled right pink,” he later told the local CBS affiliate in 2006. “It was like all of a sudden my vision came on like a widescreen TV… do you know what a doctor would have charged for this result?”

Doctors estimated his vision returned to 25%, a huge improvement from the 2% he normally experienced. They dubbed it “The Monticello Miracle.”