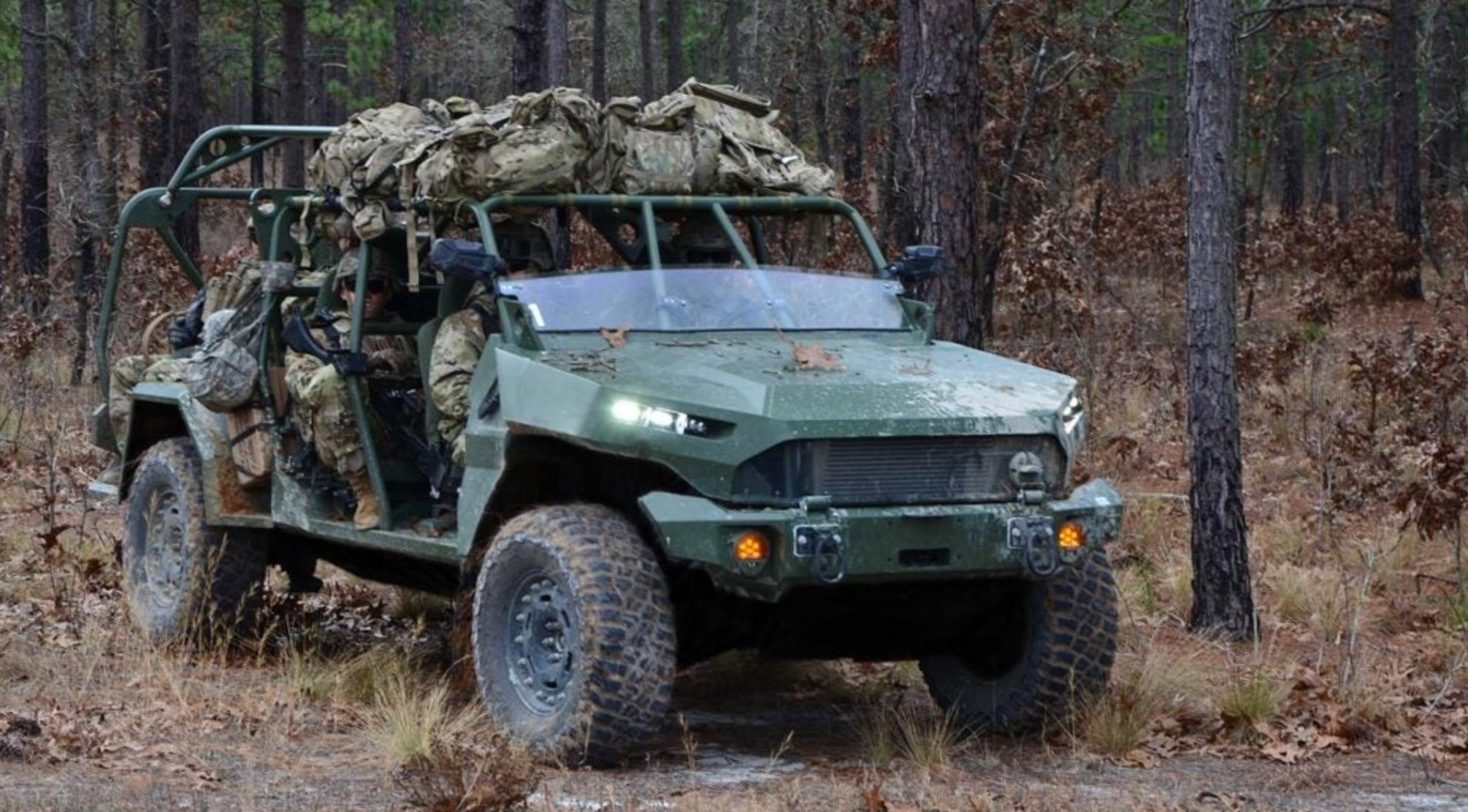 The ISV can carry nine soldiers and all of their gear (U.S. Army).

In June 2020, the Army selected GM’s submission for the Infantry Squad Vehicle. Based heavily on the commercially-available Chevrolet Colorado truck, the ISV features 70% off-the-shelf components. Despite this, the ISV is proving to be effective in Army evaluations, including being dropped from planes. Able to carry nine soldiers and their associated gear, the ISV is getting another capability from the Army: a laser.

The Army Multi-Purpose High Energy Laser program aims to provide Infantry Brigade Combat Teams with anti-drone capabilities. Lt. Gen. Neil Thurgood, director of the Army’s Rapid Capabilities and Critical Technologies Office, publicly announced the approval of the AMP-HEL prototype development. “We got that mission approved a week ago or so and we have to deliver that in FY23,” he said at the Space and Missile Defense symposium in Huntsville, Alabama on August 10, 2022.

The AMP-HEL uses a 20kW laser capable of Group 1 and Group 2-sized drones like the RQ-11 Raven and the MQ-27 ScanEagle, respectively. However, Group 3 drones like the RQ-7 Shadow and enemy munitions are beyond the scope of capability of the AMP-HEL. “You don’t have enough time. The mortar round hits you before you can kill it,” Lt. Gen. Thurgood noted. “You might get some of them. But it’s focused on the counter-UAS mission.”

In addition to the AMP-HEL, the Army is working on the Directed Energy Maneuver-Short Range Air Defense program. It aims to equip Stryker armored vehicles with 50kW lasers. More powerful and directed by a more sophisticated system, DE M-SHORAD is designed to engage up to Group 3 drones as well as rotary-wing aircraft, rockets, artillery, and mortars.