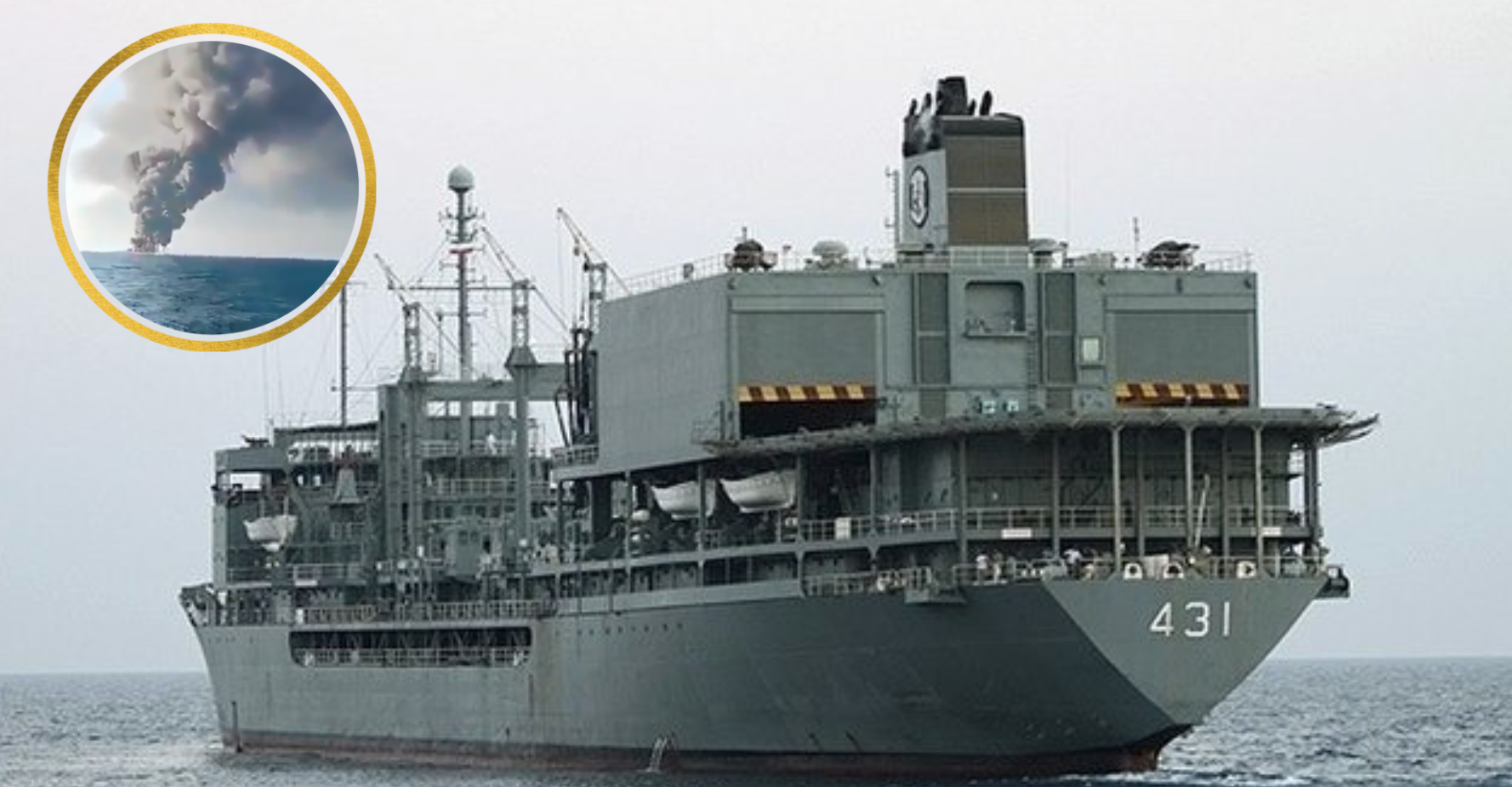 In the early morning hours of June 2, 2021, a fire started aboard the Iranian fleet replenishment oiler IRIS Kharg, used to resupply Iranian ships at sea. An estimated 400 sailors were aboard but Iranian state media only reported 33 injuries from the blaze.

There has been no statement or speculation about the cause of the incident, but Iranian officials have told the Associated Press that an investigation is underway.

Kharg was the largest ship in the Iranian fleet until January 2021, when the Islamic Republic of Iran Navy launched the port ship IRIS Makran. Makran is the largest military vessel in the Middle East, but the loss of the Kharg is a tough blow for the IRIN. It was one of Iran’s three replenishment vessels, which extends the potential range of its fleet of smaller blue water warships.

Though not crippling to the Iranian Navy, the loss of the ship also hampers the Iranian Navy’s firepower in the region. The vessel carried significant armaments but was also capable of conducting helicopter-based operations in and around the region.

The fire aboard the Kharg is just one more event in a series of unexplained events in and around the Persian Gulf region, with much of the bad luck happening to Iranian assets. In 2020, the IRIN Konarak was struck by a friendly missile during a training exercise, killing 19 sailors. January 2018 saw the IRIN destroyer Damavand crash into a breakwater in the Capsian Sea, killing two.

The year 2021 has been far worse for the Iranian Navy. An anchored ship in the Red Sea, believed to be a base of operations for Iran’s Revolutionary Guard Corps, was suddenly attacked by an unknown force. Although many assume the attackers were Israeli, the Israel Defence Forces never claimed responsibility.

The Iranian ship, called the MV Saviz, was thought to be a staging area for Iranian incursions on the Arabian Peninsula and elsewhere. Iran claimed its continued presence in those waters was part of an international anti-piracy effort.

Iran’s activities in and around the Middle East are often conducted from its warships. In 2019 the administration of U.S. President Donald Trump accused the Iranian Navy of trying to hamper commercial shipping using mines attached to the hulls of ships by divers.

Iran has long threatened to mine the Strait of Hormuz, a major shipping lane through which much of the world’s oil passes. The U.S. Navy caught the Iranian Revolutionary Guard Corps red-handed removing one of these mines, known as “limpet mines,” from a ship’s hull in the strait.

Kharg was a British-built oiler that had been purchased by the government of the Shah of Iran. It has since been heavily modified with dry storage areas and Soviet-made anti-aircraft weapons.  Though the Makran has many of the same capabilities as Kharg, American analysts believe Makran can’t completely replace the loss of the large oiler. Kharg was not only able to refuel ships at sea, but also handle heavy cargo containers and other stores.

The large replenishment oiler had a storied history, serving as a minesweeper for three years in the Iran-Iraq War, assisting foreign ships against Somali pirates in the Gulf of Aden, and making port calls around the world – including the first-ever visit to Saudi Arabia by an Iranian ship.