Retired Navy SEAL, now senator, continues fight for veterans - We Are The Mighty 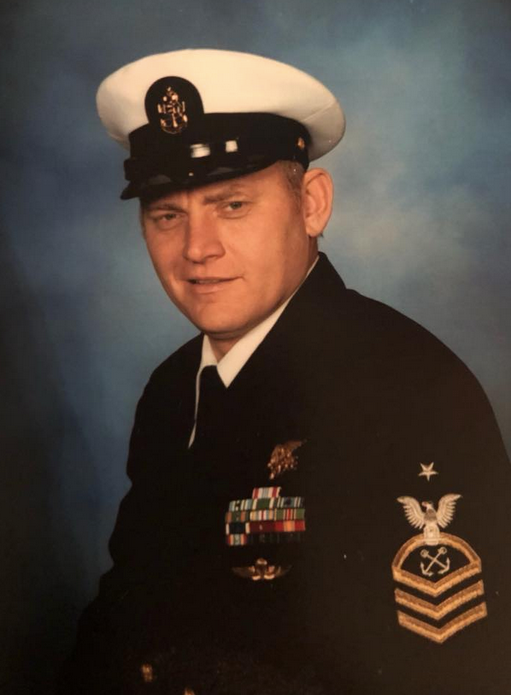 Ohio State Senator Frank Hoagland served as a Navy SEAL for 20 years before retiring as a Senior Chief. Although he never wanted to go into politics, he saw it as an opportunity to make a difference.

“I knew what I wanted to do ever since I was five years old. My dad was an Army Green Beret but he wanted me to go to college and become an engineer because he said I had what he called the fix it gene. I joined the Navy in 1981 as a part of the delayed entry program,” Hoagland said. “I ended up with a parasite in my sinuses that almost killed me, it ate a hole through my skull so I retired on January 30, 2003.”

Retirement didn’t last long for Hoagland. He was in Afghanistan just a few days later as the on ground commander for an unnamed governmental agency. After leaving Afghanistan, he worked with the Federal Marshals before signing on with the Department of Defense for nine years. All together, he had over 20 deployments.

When Hoagland finished his last deployment overseas in 2011, he founded a small business, S.T.A.R.T., Special Tactics Response Training. In 2016 he was elected to the Ohio State Senate to represent southeastern Ohio and is now in his second term.

Hoagland continued to watch veterans, many who were his friends, struggling. The suicide rates continued to climb. “I don’t care what title you have but I do care about taking care of the men and women who served this great nation.” As a member of the Veteran and Public Safety committee, Hoagland was always looking for ways to improve and support the lives of veterans.

“I’ve had a few of my friends commit suicide and try to commit suicide. Hell, I’ve had my wife sitting in a chair crying her eyes out because we are listening to these guys and waiting to hear that gun go off,” Hoagland said. He and others worked tirelessly to reach their friends and support them after the VA wouldn’t. They didn’t always make it in time.

“I had another friend who committed suicide and I had to go find him…it reminded me of all of the death that I had seen overseas.” Hoagland shared. Tired of watching veterans die or just remain what he referred to as “drugged out of their minds” by the VA, Hoagland wanted to capture the data of  alternative programs to show the FDA in order to get more effective treatment options for veterans.

One of the ways he did that was to secure $6 million in funding for a Veterans Pilot Program utilizing Data-Driven Transcranial Magnetic Stimulation (TMS) at Ohio State University. Hoagland said he watched in awe as the electromagnetic therapy began to save the lives of veterans.

In the state of Ohio, Hoagland was deeply familiar with the revolving door of treatment. Watching the traditional approaches failing, he wanted something that would work. When he saw the impact that TMS was having, Hoagland knew he found something. “I wanted a program that we in the military would understand. We are going to save your life and stay on you for the rest of your life,” he explained.

The TMS therapy essentially repaired broken or damaged cells, leading to things like improved sleep, and reduced feelings of anxiety and depression. There were no medications or painful procedures, just electromagnetic waves stimulating brains to heal themselves. “I was getting calls from veterans wives thanking me for saving their family. We knew we were doing something right,” Hoagland said.

Then, the university abruptly ended the program without warning and without serving the number of veterans they had committed to. Ohio State University also refused to talk to the senator and barred the staff from the program from communicating with anyone. This would be the third and final time the program would be stopped. But the veterans kept coming, trying to get in.

“We had a lot of kids lining up to go through this program. During COVID I was inundated with calls from veterans,” Hoagland shared. One of them would go on to commit suicide not long after he was refused entry into the program. In his and others’ view, the university turned their backs on the veteran and it led to his death.

Despite the devastating setback, Hoagland remains determined to bring this program back and in operation. He’s now secured another $12 million for it through the Ohio state budget. “So, where are we now? We are in the process of writing new policy. We are getting more funding and expanding the program. I not only want to see our men and women in green get this help but our men and women in blue too,” Hoagland said.

Through his advocacy and legislative efforts, Hoagland hopes to make a difference in the lives of veterans who are struggling with the impacts of their service. It’s his hope that states across the country will take notice of the work they are doing and dive into creating programs of their own to create new opportunities for healing. Lives depend on it.